Even if we love someone very much, at times it happens that we forget about it.

Zbigniew Herbert
Inanimate objects are always correct and cannot, unfortunately, be reproached with anything. I have never observed a chair shift from one foot to another, or a bed rear on its hind legs. And tables, even when they are tired, will not dare to bend their knees. I suspect that objects do this from pedagogical considerations, to reprove us constantly for our instability. 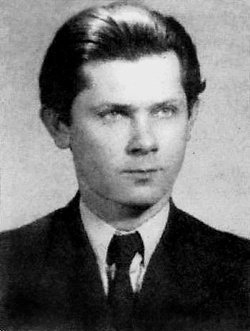 Creative Commons
Born: October 29, 1924
Died: July 28, 1998 (aged 73)
Bio: Zbigniew Herbert was a Polish poet, essayist, drama writer and moralist. A member of the Polish resistance movement, Home Army, during World War II, he is one of the best known and the most translated post-war Polish writers.
Known for: