At one stage, Venkataraman had agreed to become prime minister but he never told me this directly.... Once the news of his being in touch with the dissidents was leaked out, he was offered the presidency and that was the end of it.

On being asked if R. Venkataraman showed any interest in becoming prime minister. In: K.R. Sundar Rajan "Presidential Years:Zail Singh's posthumous defence of his controversial tenure". 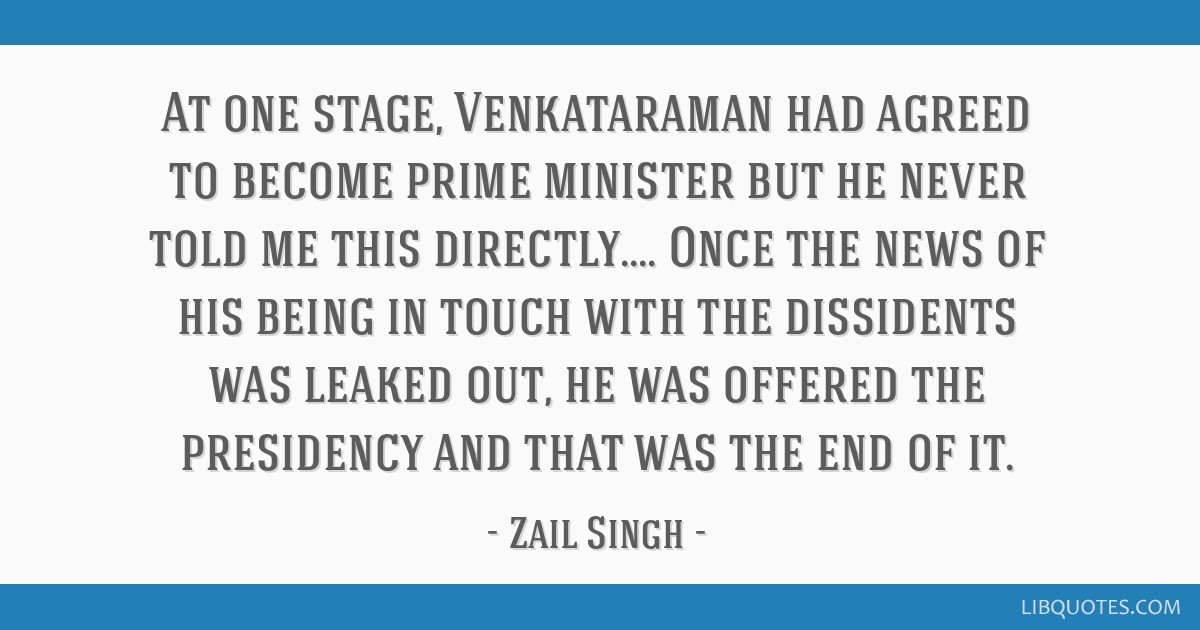 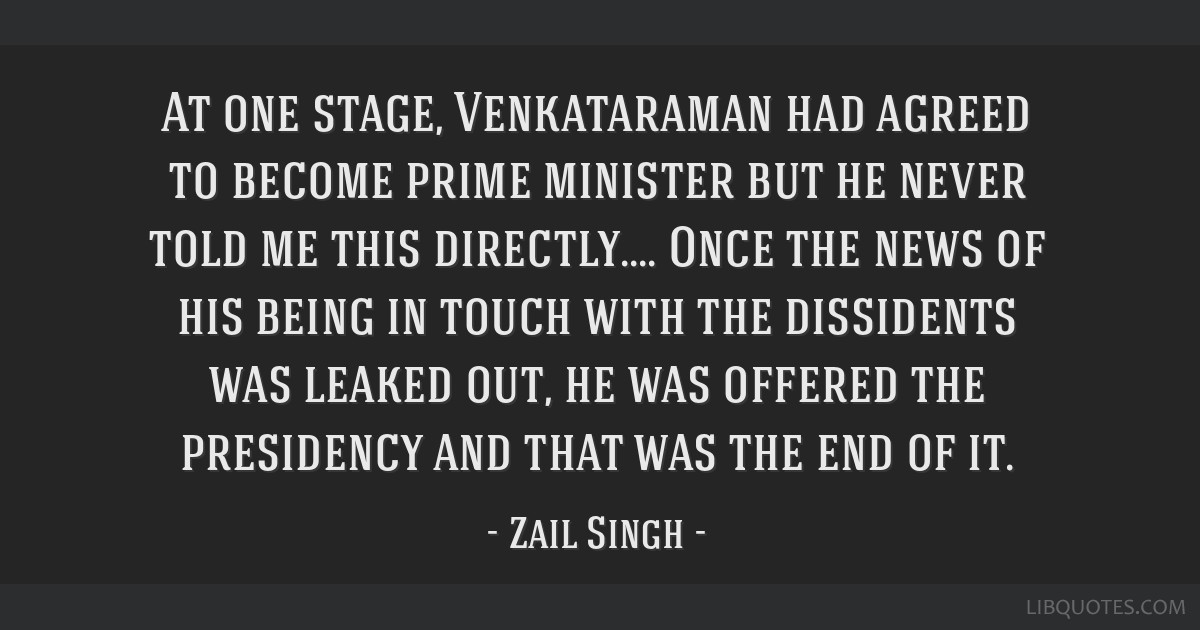 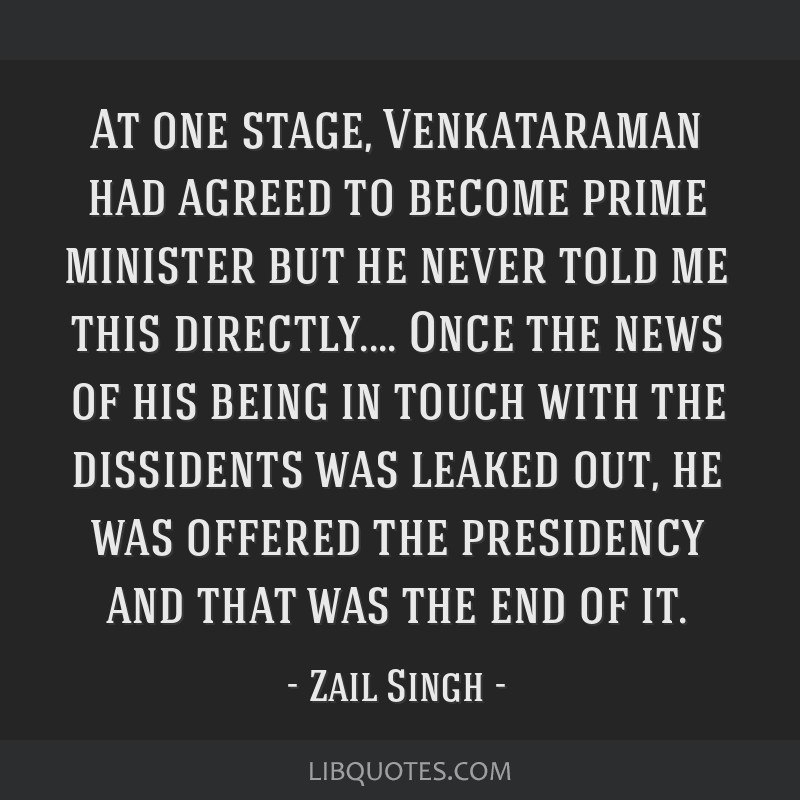 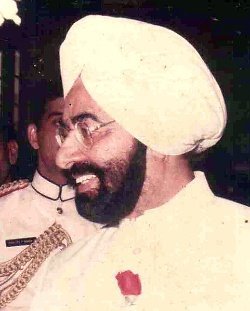