Sun has never deprived anyone of its light and energy irrespective of their caste and religion. Despite this, if it is being linked to communalism then I request such people to stay in their rooms during the day without sunlight.

On religious groups claiming that Surya Namaskar would cause communal disharmony, as quoted in "People opposed to 'Surya Namaskar' should lock themselves in 'dark room': Yogi Adityanath", Zee News (9 June 2015) 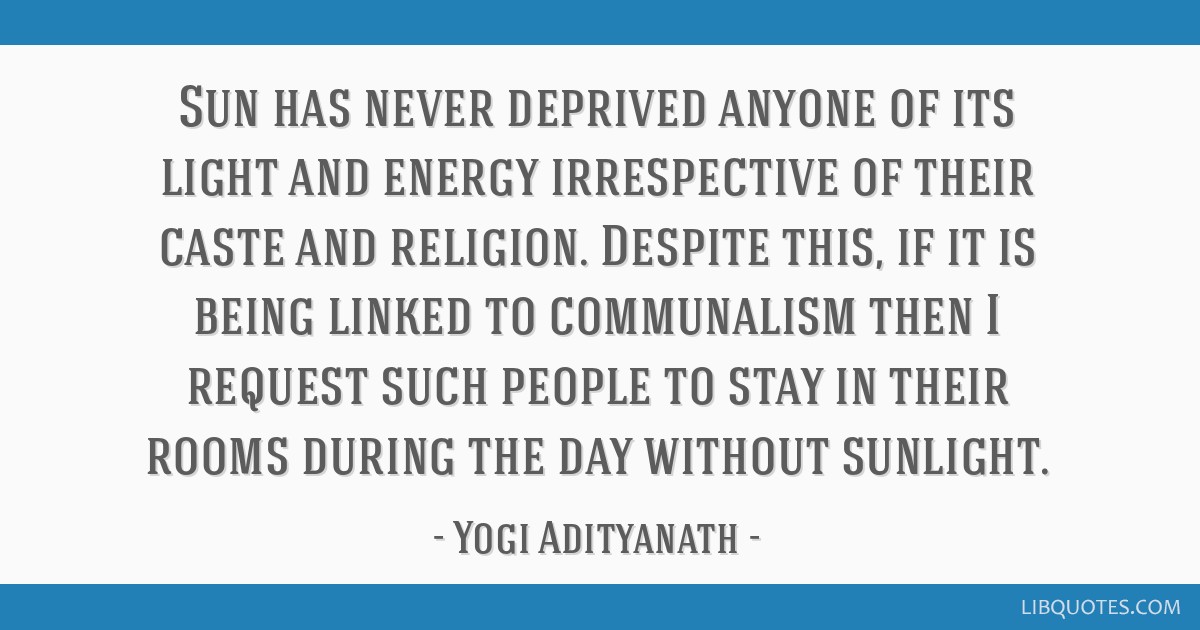 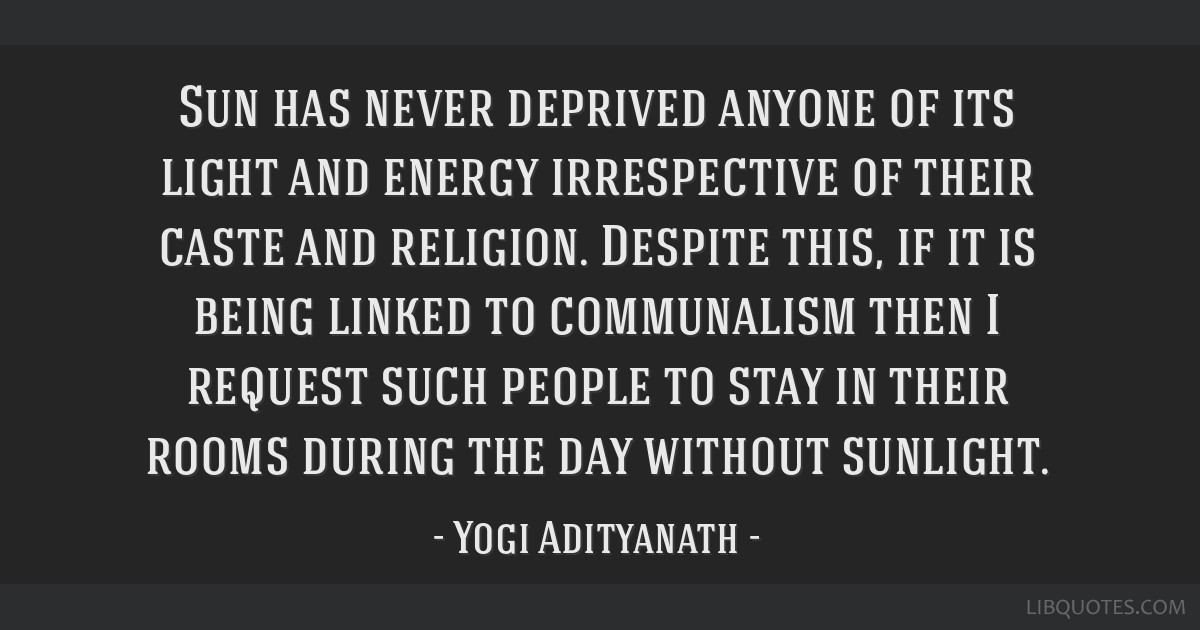 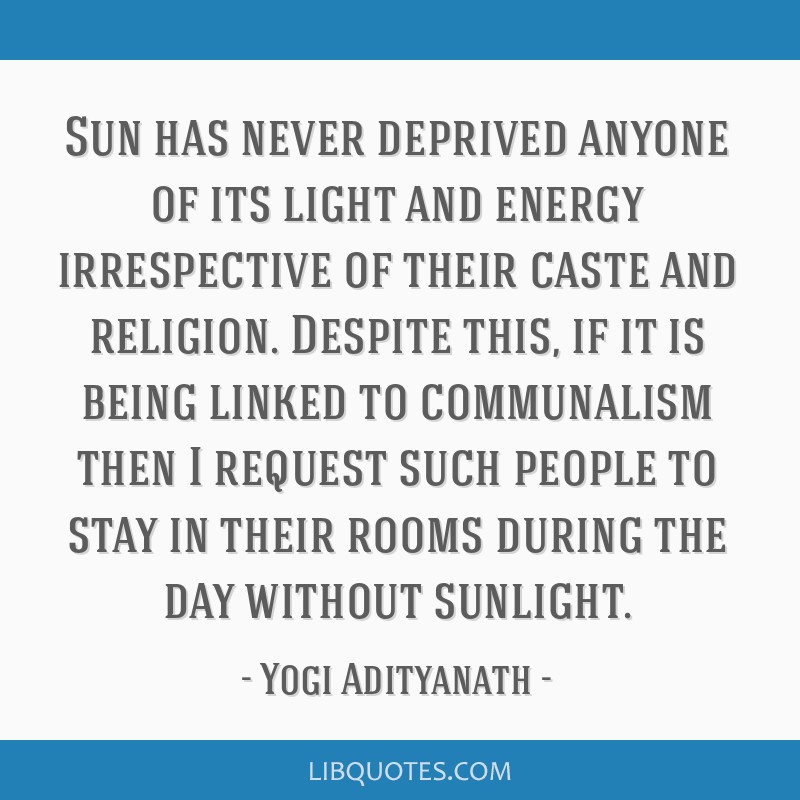 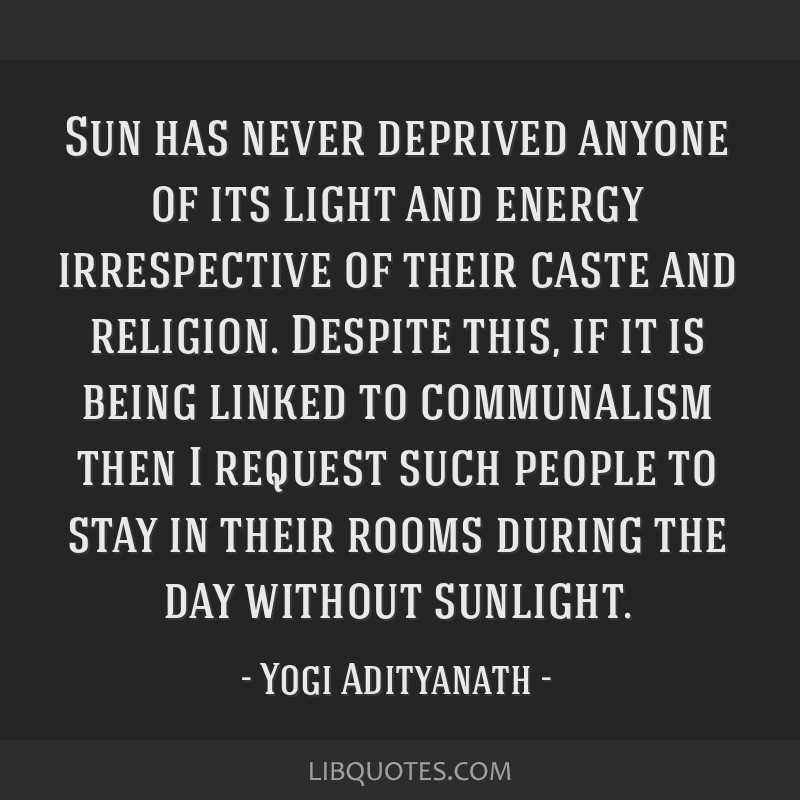 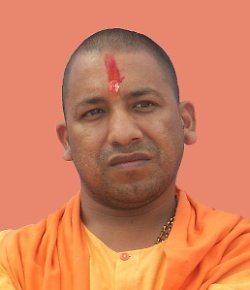