Allen: That's quite a lovely Jackson Pollock, isn't it?
Woman: Yes, it is.
Allen: What does it say to you?
Woman: It restates the negativeness of the universe. The hideous lonely emptiness of existence. Nothingness. The predicament of man forced to live in a barren, godless eternity like a tiny flame flickering in an immense void with nothing but waste, horror, and degradation, forming a useless, bleak straitjacket in a black, absurd cosmos.
Allen: What are you doing Saturday night?
Woman: Committing suicide.
Allen: What about Friday night? 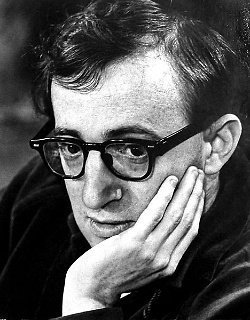