We are told dogmatically that Evolution is an established fact; but we are never told who has established it, and by what means. We are told, often enough, that the doctrine is founded upon evidence, and that indeed this evidence is henceforward above all verification, as well as being immune from any subsequent contradiction by experience; but we are left entirely in the dark on the crucial question wherein, precisely, this evidence consists. 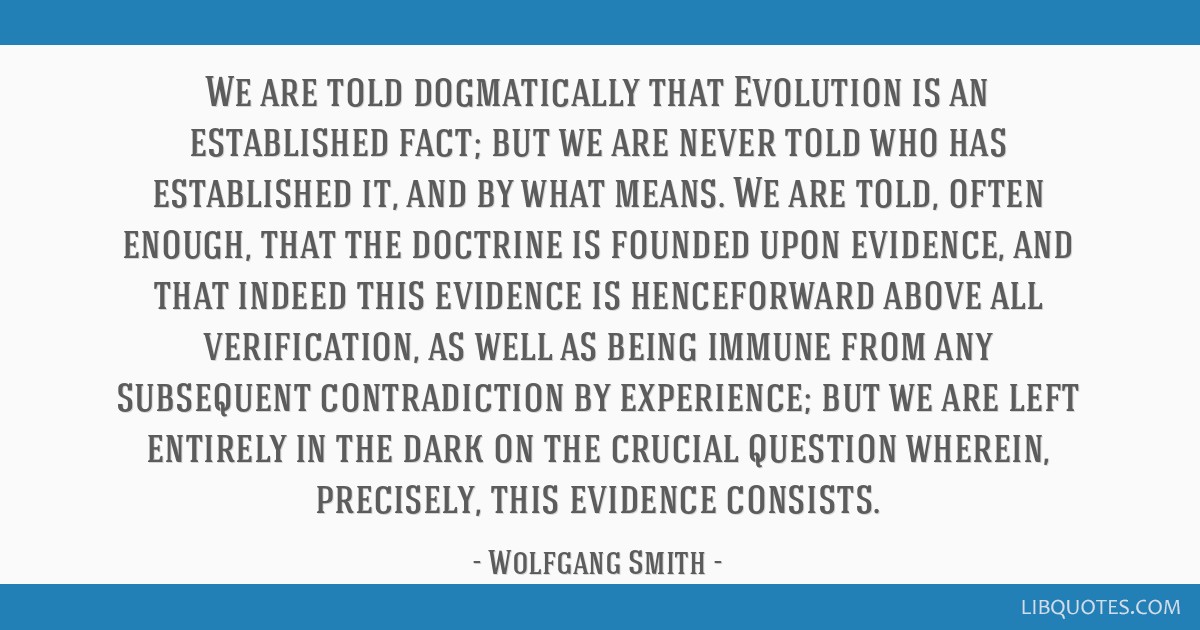 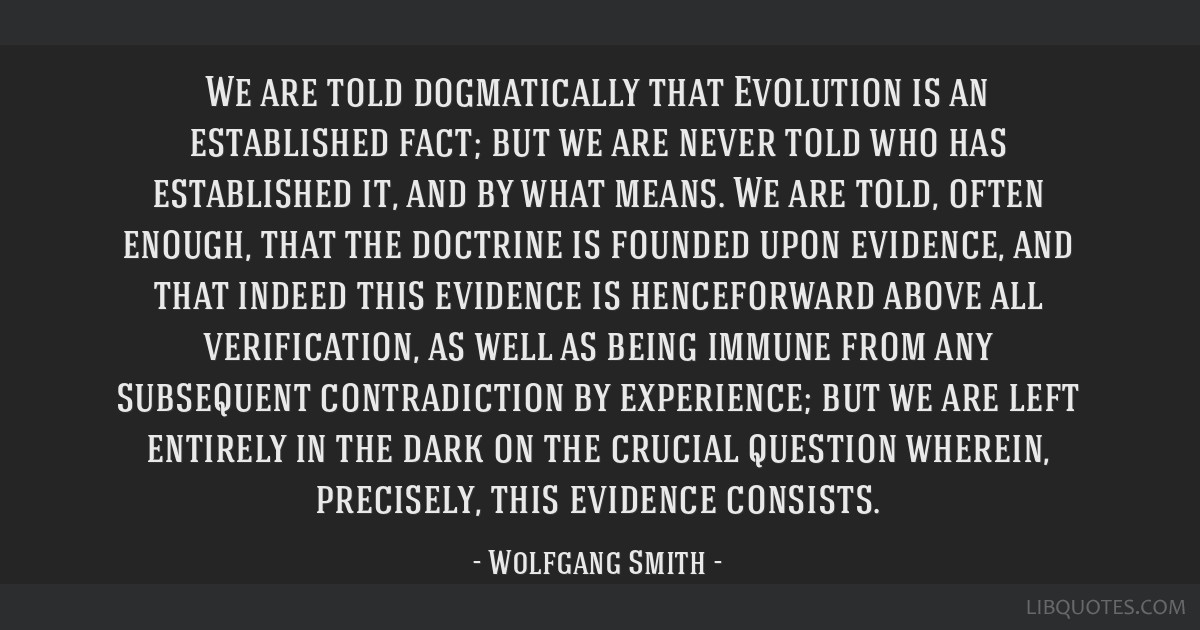 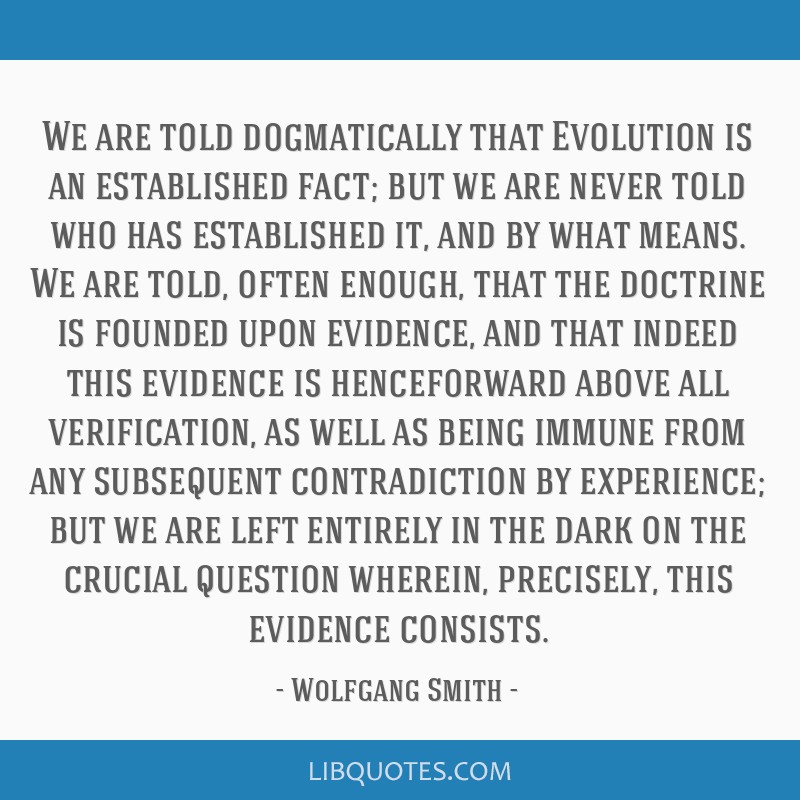 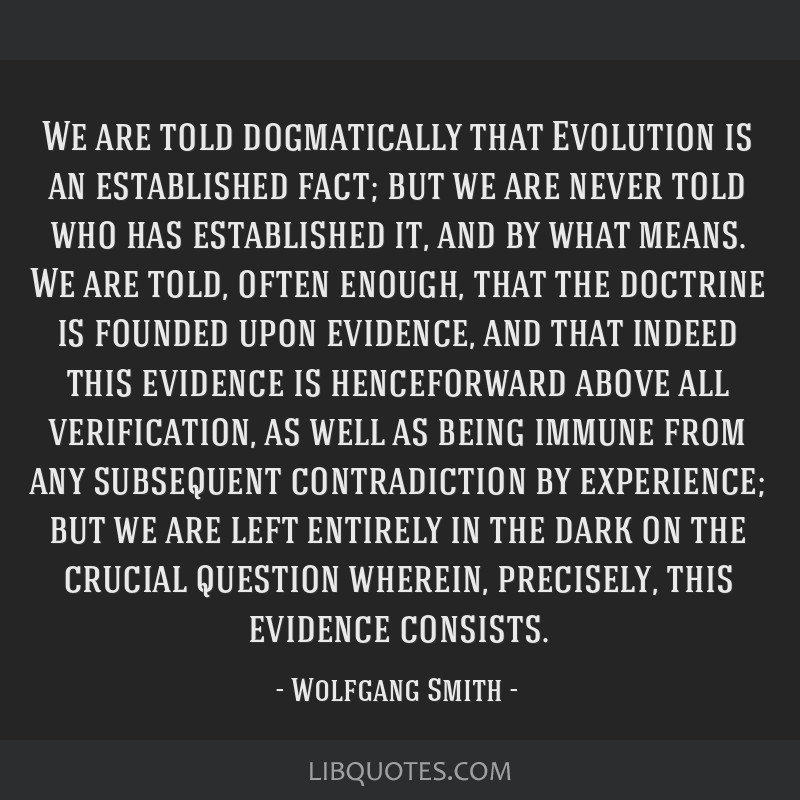