The House of Commons has lifted our affairs above the mechanical sphere into the human sphere. It thrives on criticism, it is perfectly impervious to newspaper abuse or taunts from any quarter, and it is capable of digesting almost anything or almost any body of gentlemen, whatever be the views with which they arrive. There is no situation to which it cannot address itself with vigour and ingenuity. It is the citadel of British liberty; it is the foundation of our laws; its traditions and its privileges are as lively today it broke the arbitrary power of the Crown and substituted that Constitutional Monarchy under which we have enjoyed so many blessings. 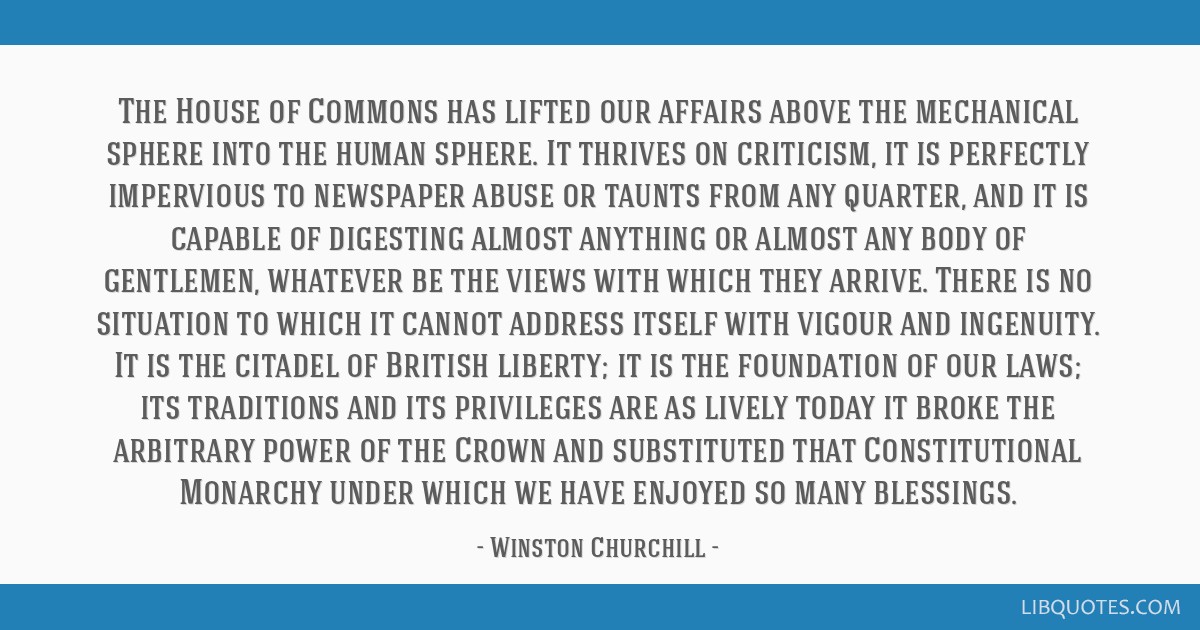 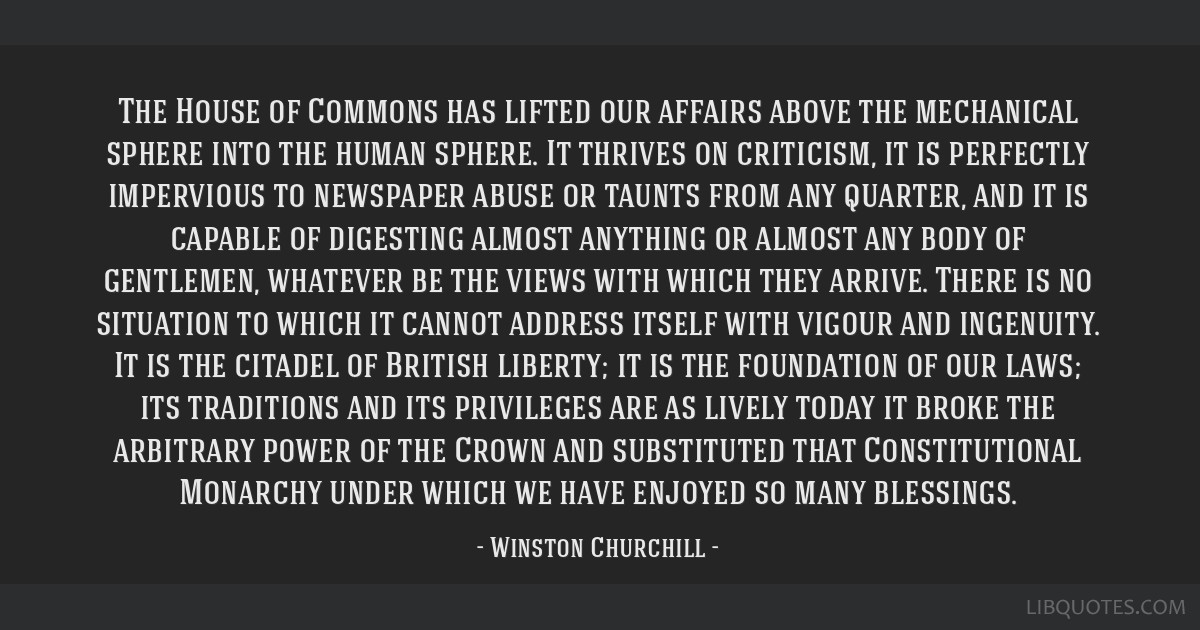 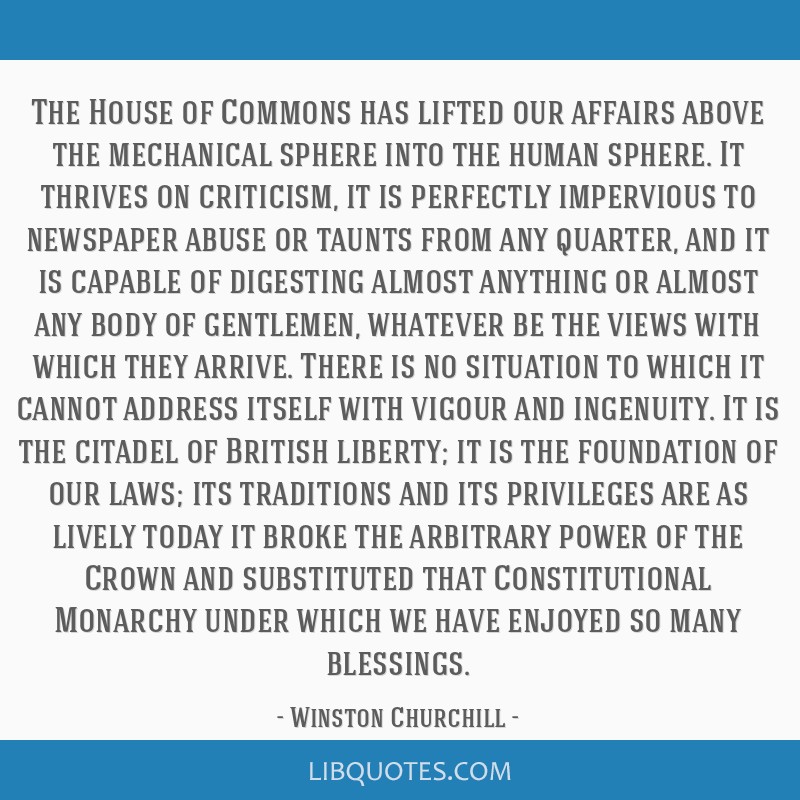 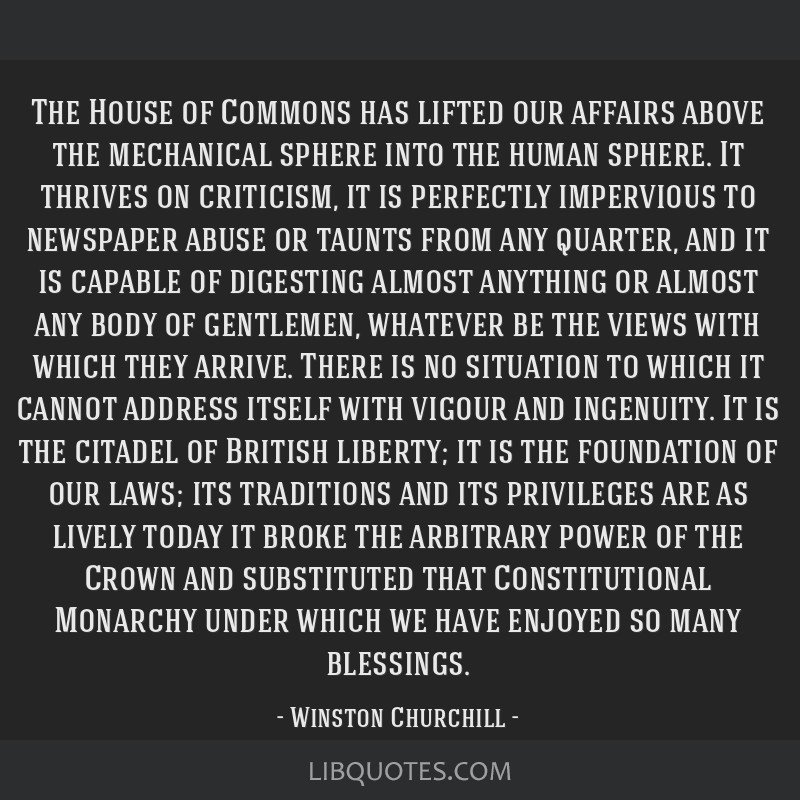