Neither the sure prevention of war, nor the continuous rise of world organisation will be gained without what I have called the fraternal association of the English-speaking peoples. This means a special relationship between the British Commonwealth and Empire and the United States

speech at Westminster College, Fulton, Missouri, 5 March 1946; Churchill had earlier referred to a 'special relationship' in the House of Commons, 7 November 1945 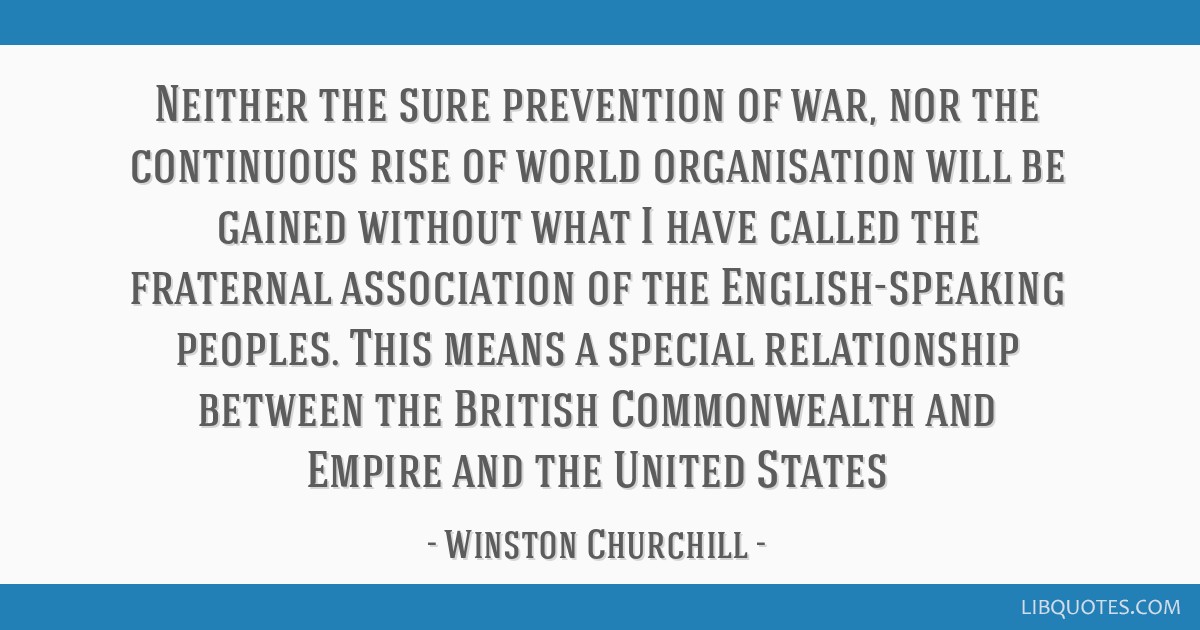 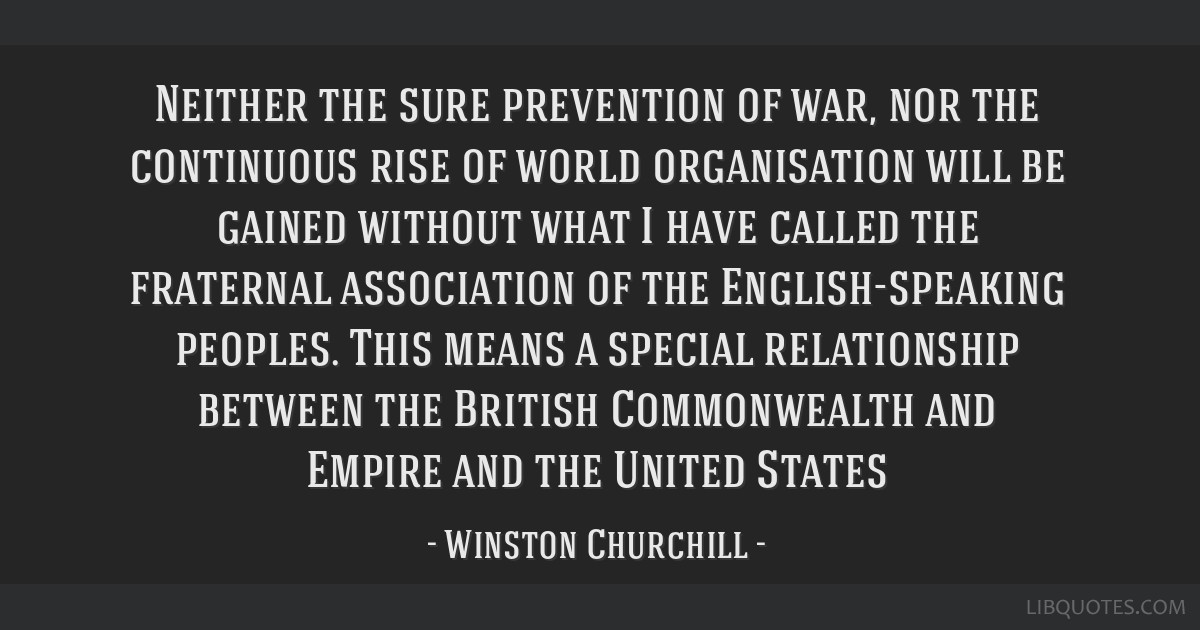 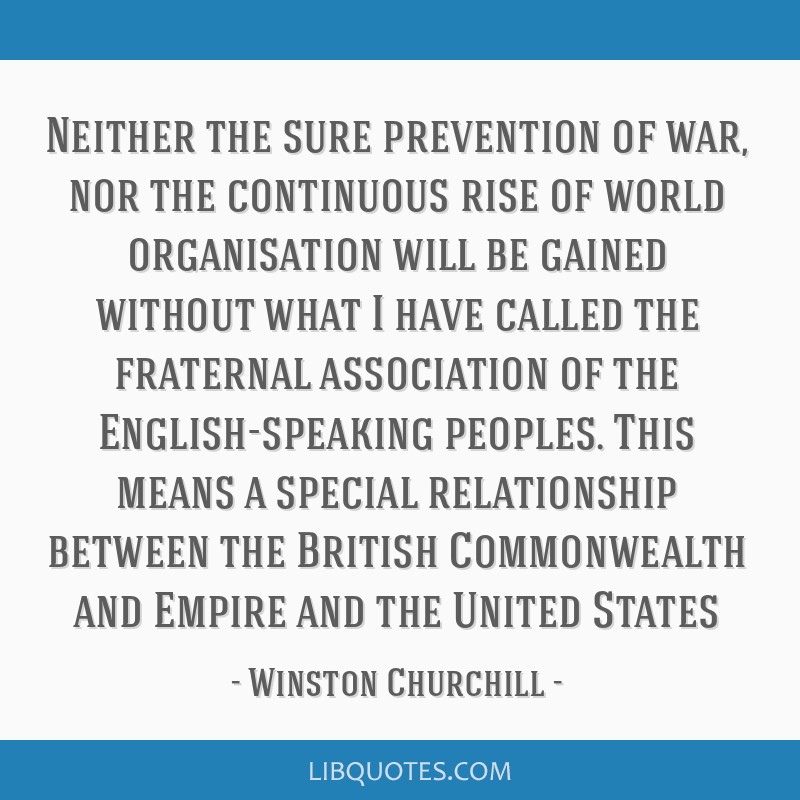 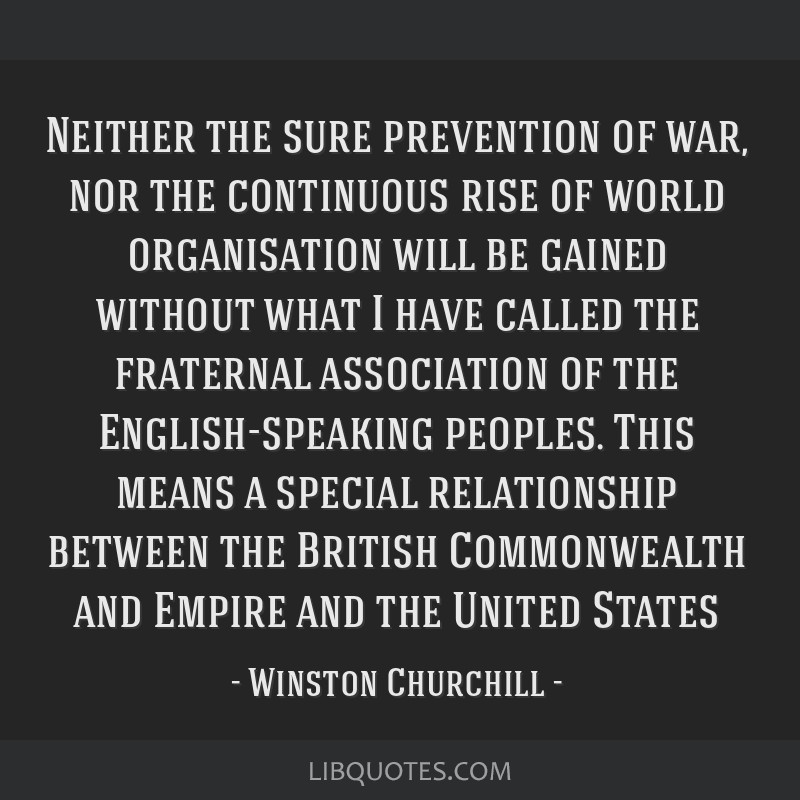