However we may dwell upon the difficulties of General Dyer during the Amritsar riots, upon the anxious and critical situation in the Punjab, upon the danger to Europeans throughout that province, … one tremendous fact stands out – I mean the slaughter of nearly 400 persons and the wounding of probably three to four times as many, at the Jallian Wallah Bagh on 13th April. That is an episode which appears to me to be without precedent or parallel in the modern history of the British Empire. … It is an extraordinary event, a monstrous event, an event which stands in singular and sinister isolation.

Speech in the House of Commons, July 8, 1920 "Amritsar" ; at the time, Churchill was serving as Secretary of State for War under Prime Minister David Lloyd George 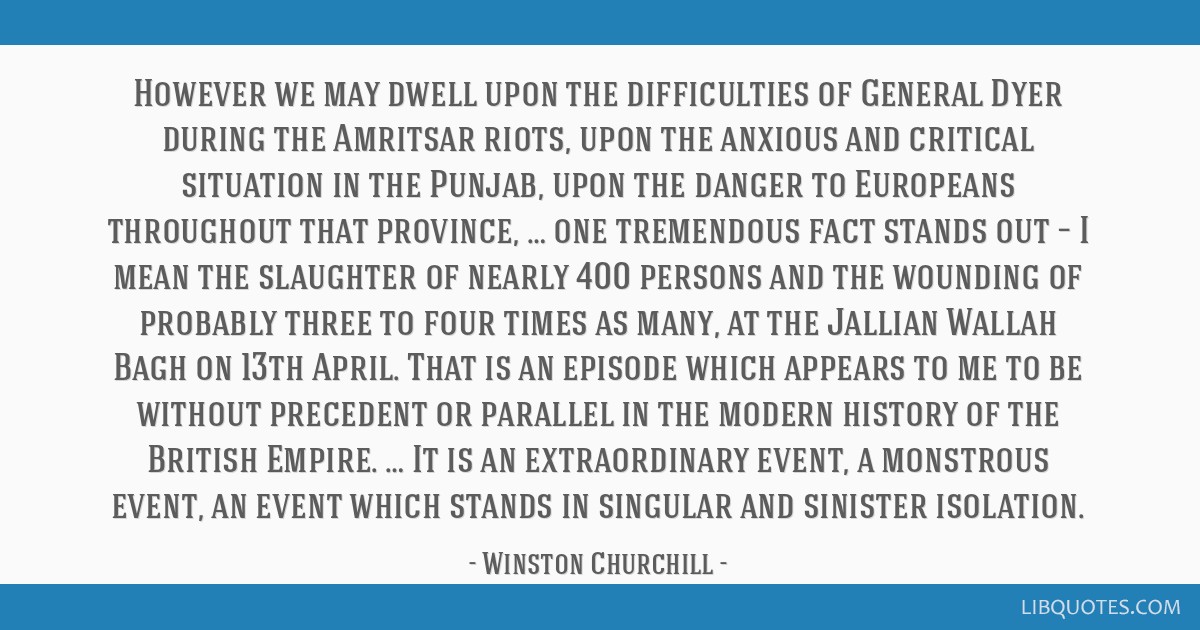 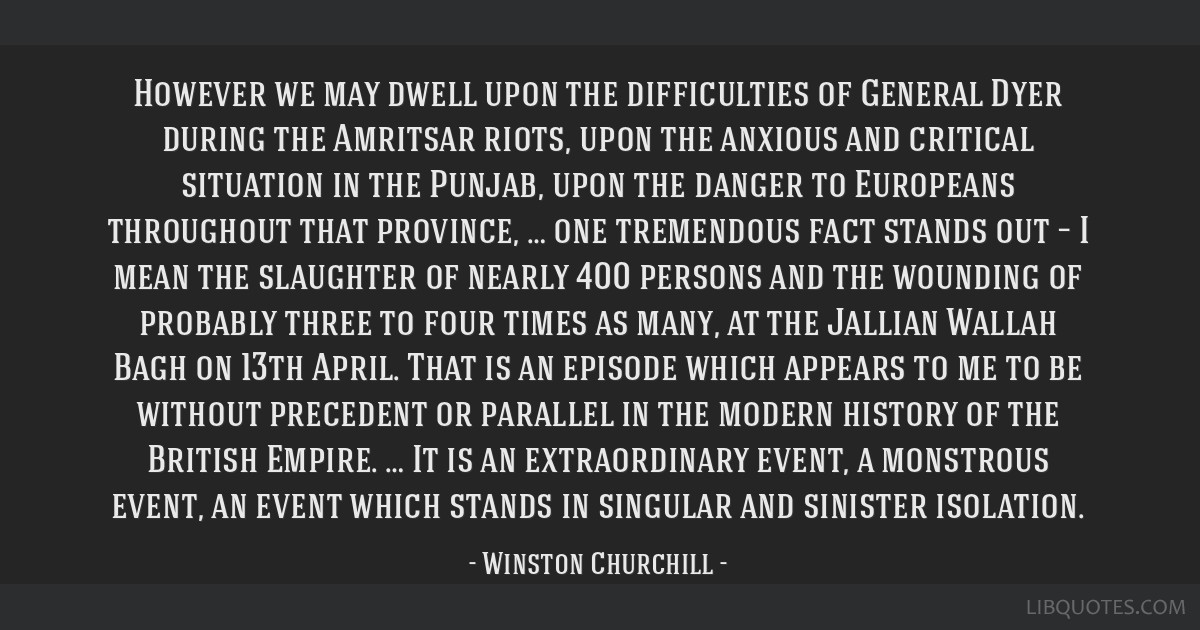 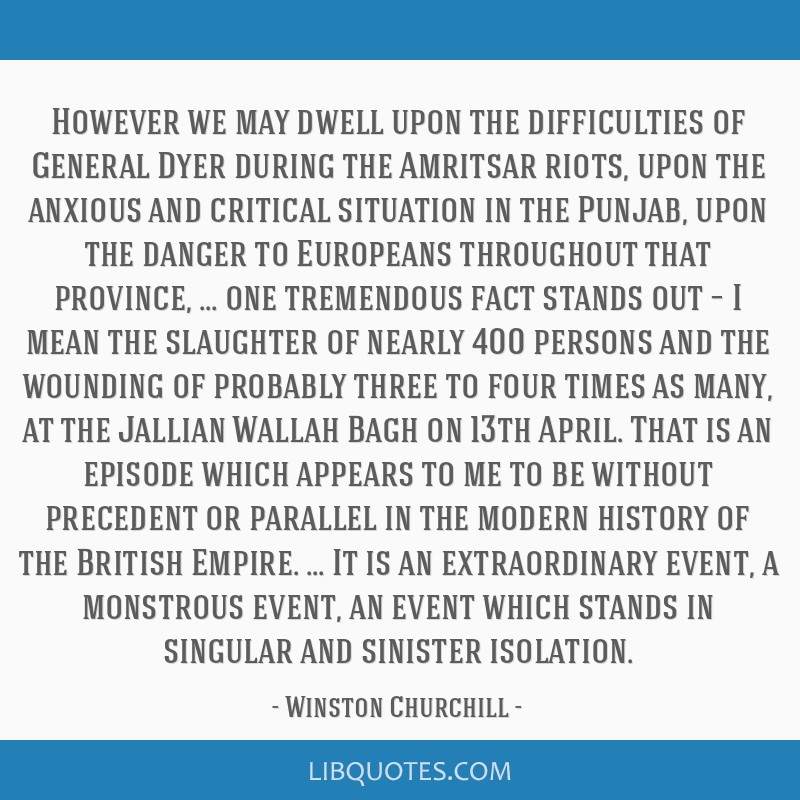 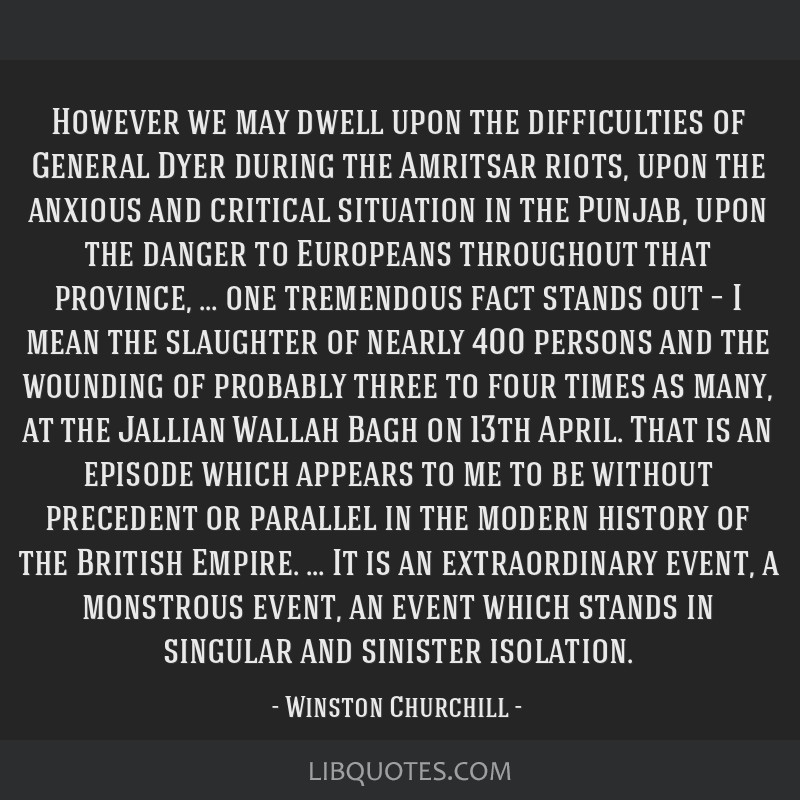