I have always said that if Great Britain were defeated in war I hoped we should find a Hitler to lead us back to our rightful position among the nations. I am sorry, however, that he has not been mellowed by the great success that has attended him. The whole world would rejoice to see the Hitler of peace and tolerance, and nothing would adorn his name in world history so much as acts of magnanimity and of mercy and of pity to the forlorn and friendless, to the weak and poor. … Let this great man search his own heart and conscience before he accuses anyone of being a warmonger. 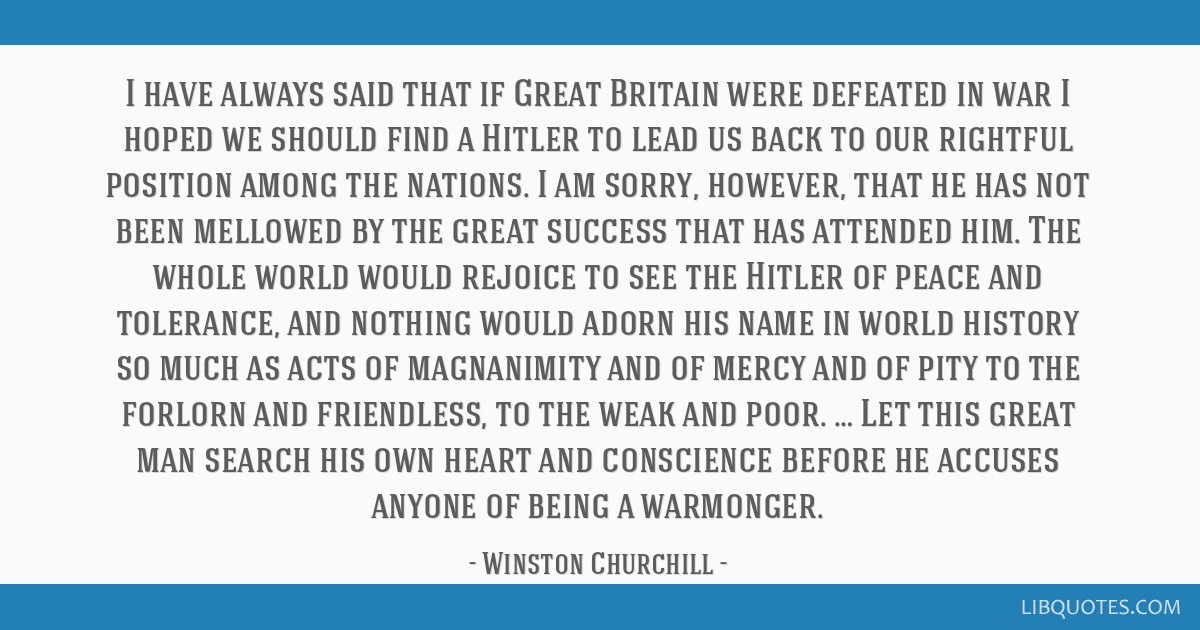 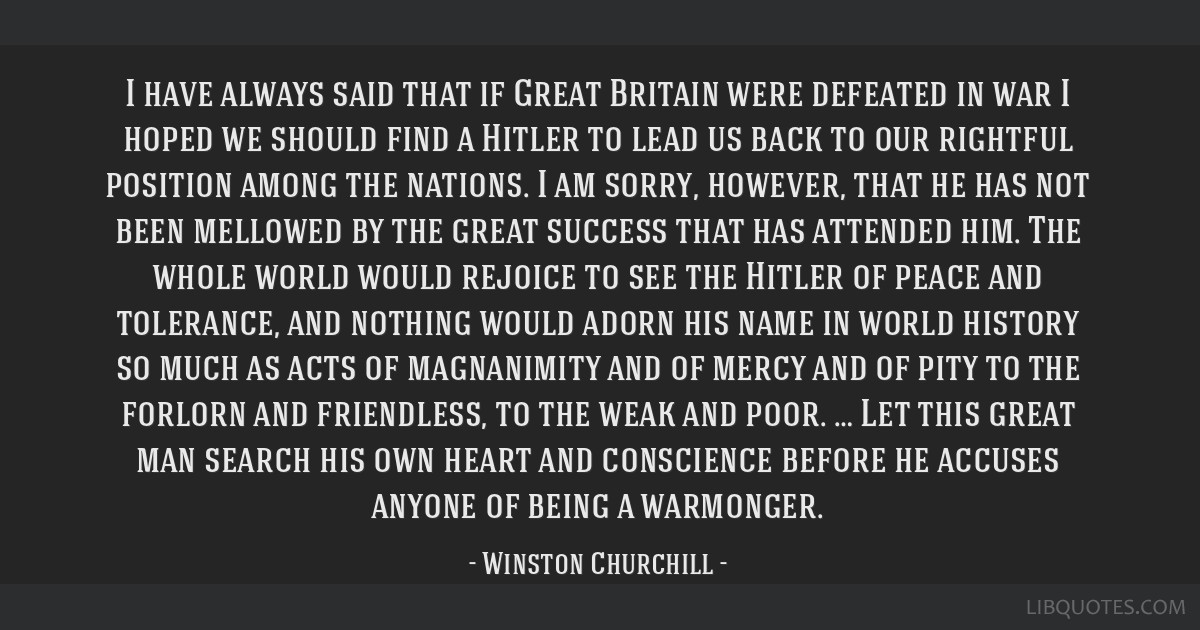 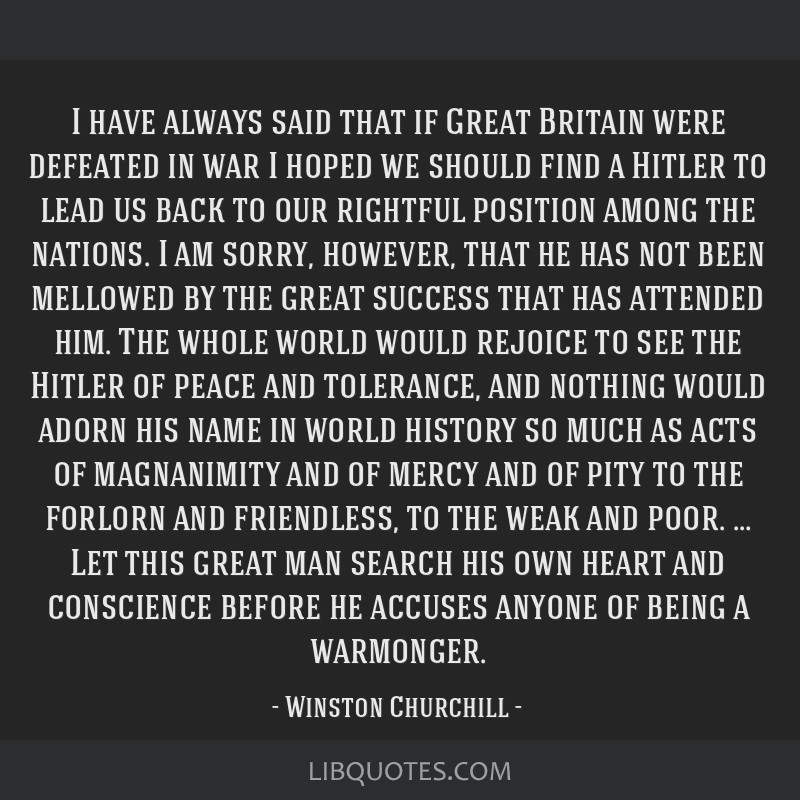