It was Twelfth Night, and the Saxons, who in these days of torment refreshed and fortified themselves by celebrating the feasts of the Church, were off their guard, engaged in pious exercises, or perhaps even drunk. Down swept the ravaging foe. The whole army of Wessex, sole guarantee of England south of the Thames, was dashed into confusion. Many were killed. 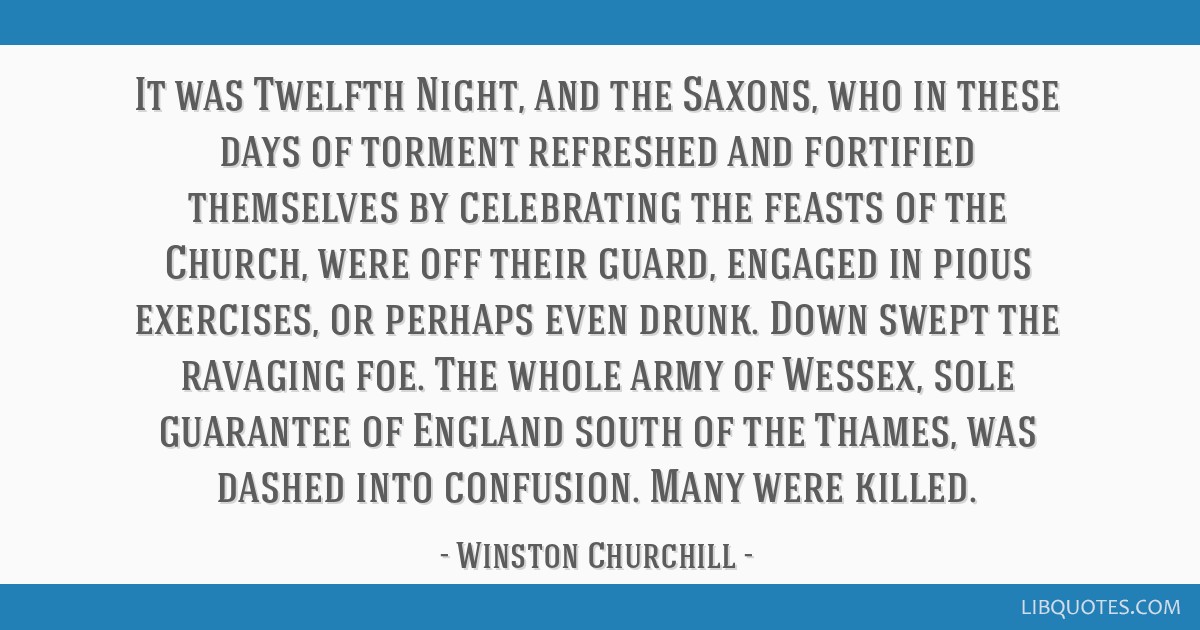 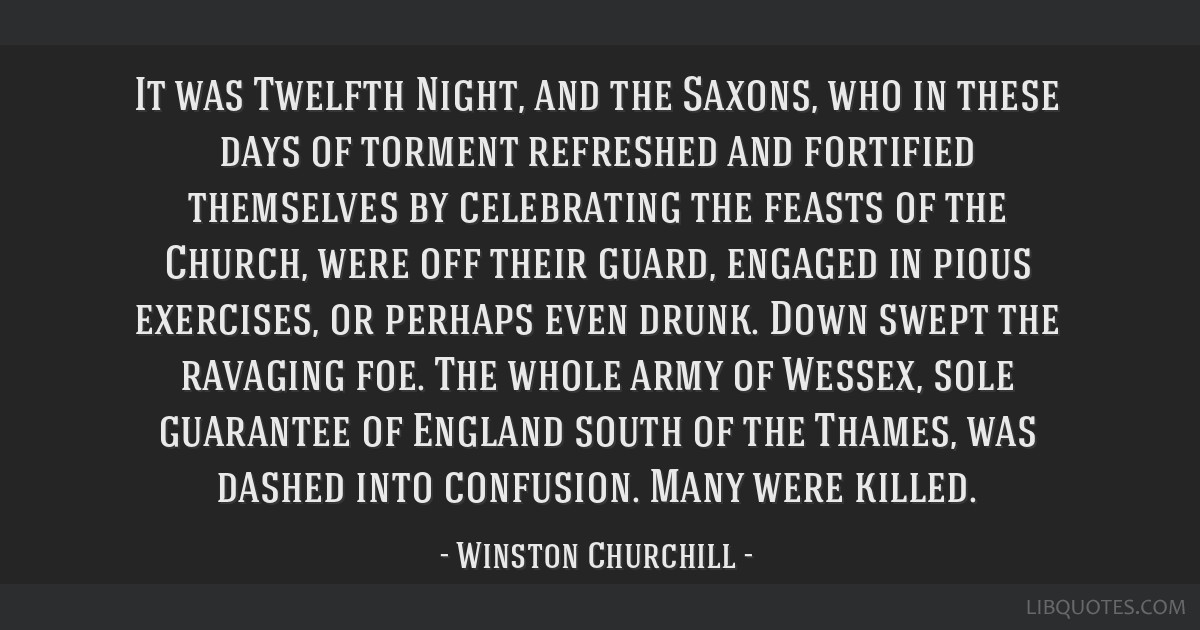 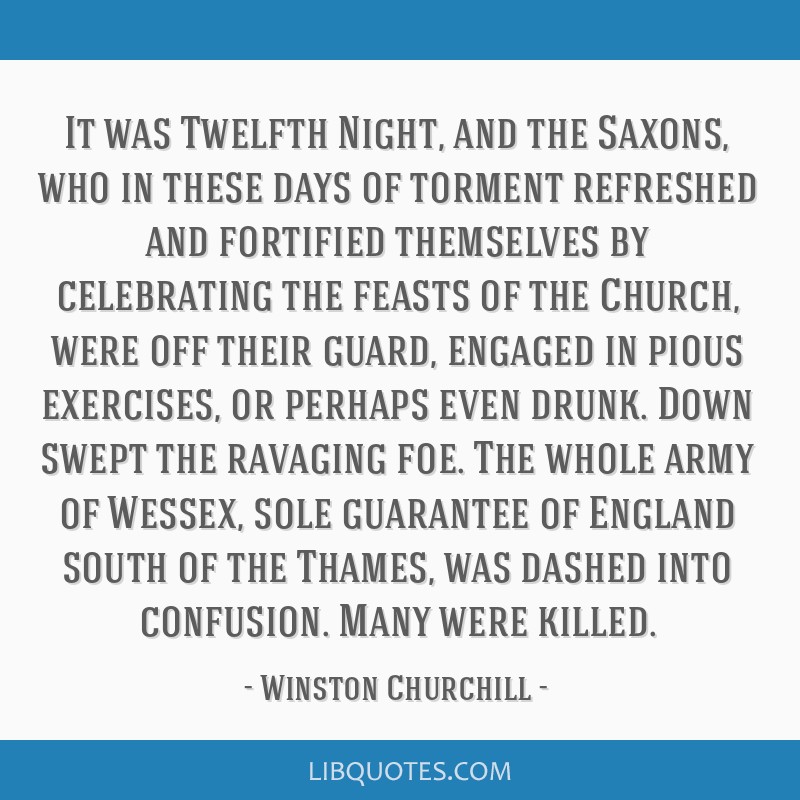 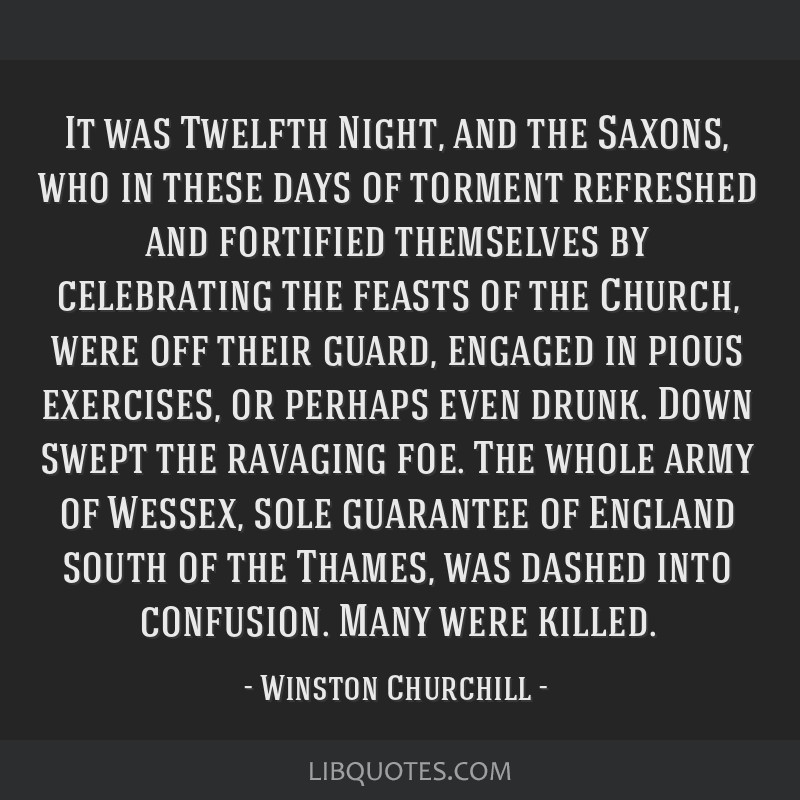