I yield to no one in my detestation of Bolshevism, and of the revolutionary violence which precedes it. … But my hatred of Bolshevism and Bolsheviks is not founded on their silly system of economics, or their absurd doctrine of an impossible equality. It arises from the bloody and devastating terrorism which they practice in every land into which they have broken, and by which alone their criminal regime can be maintained. … Governments who have seized upon power by violence and by usurpation have often resorted to terrorism in their desperate efforts to keep what they have stolen, but the august and venerable structure of the British Empire … does not need such aid. Such ideas are absolutely foreign to the British way of doing things. 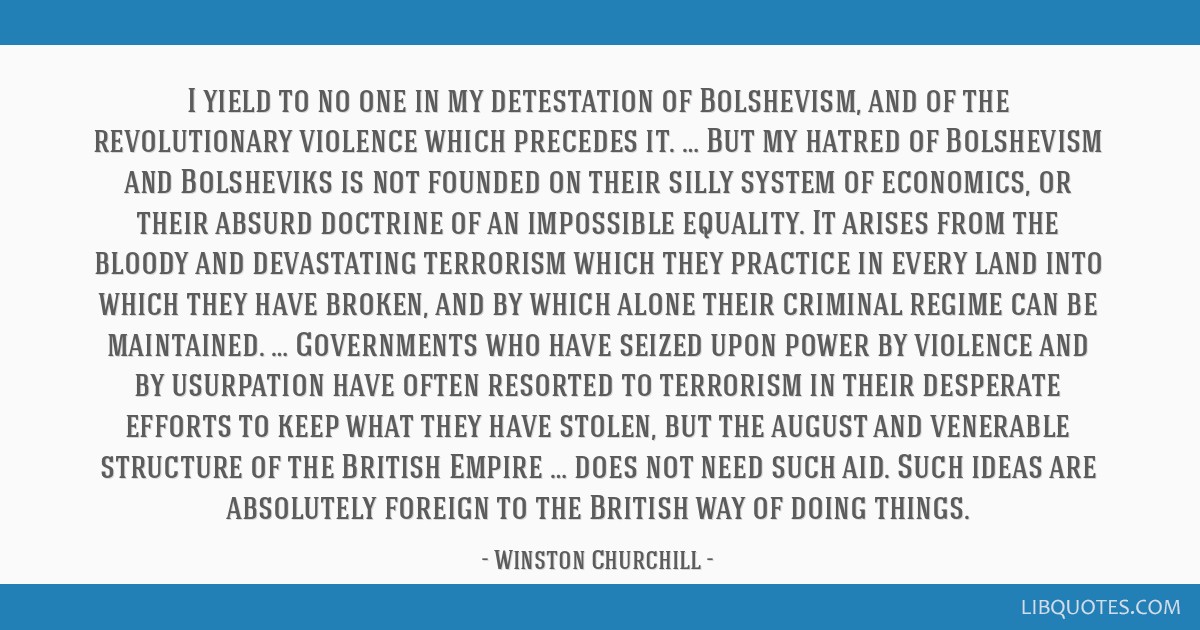 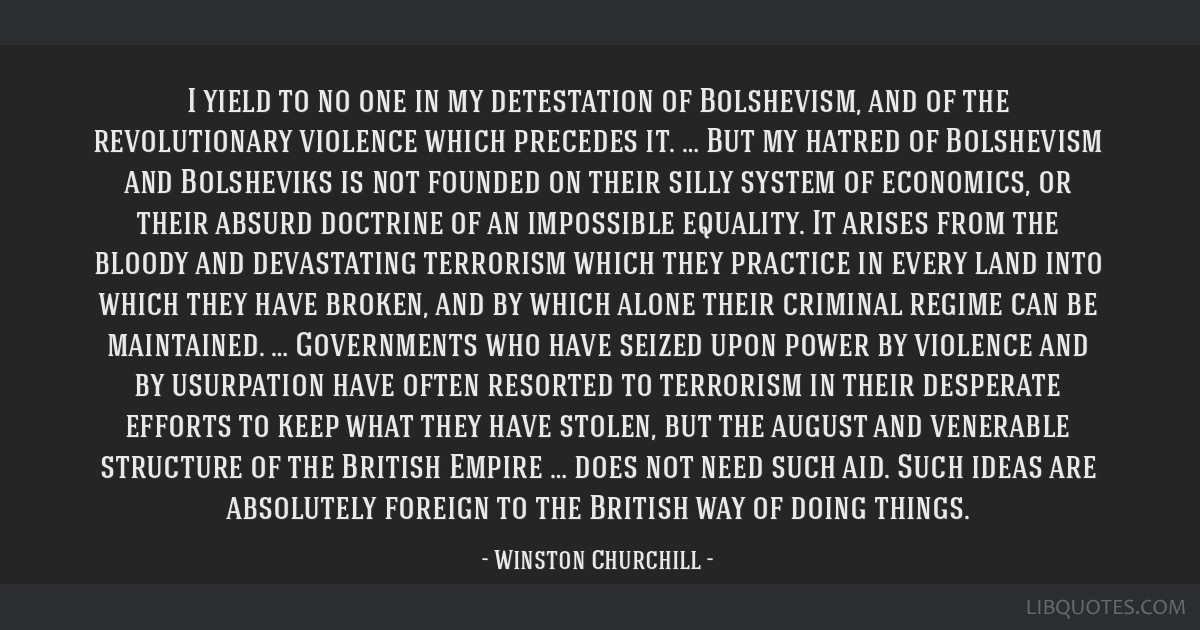 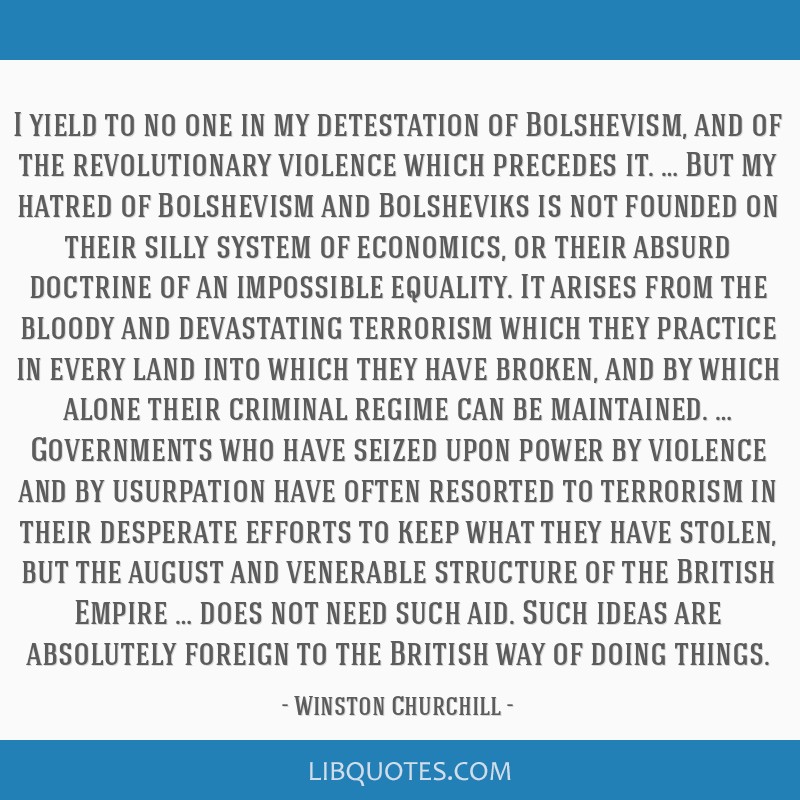 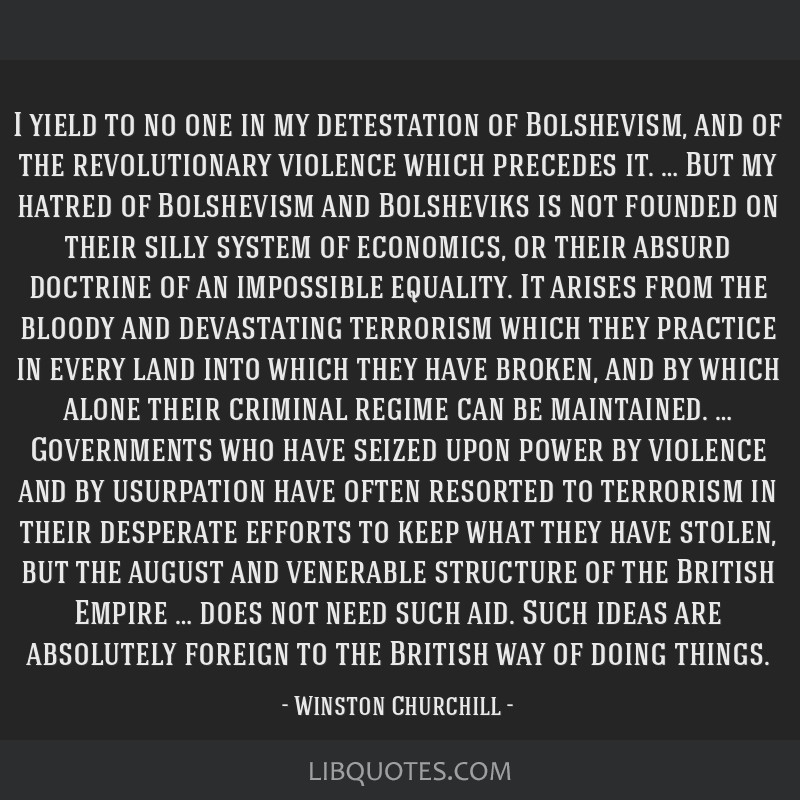