I have left the obvious, essential fact to this point, namely, that it is the Russian Armies who have done the main work in tearing the guts out of the German army. In the air and on the oceans we could maintain our place, but there was no force in the world which could have been called into being, except after several more years, that would have been able to maul and break the German army unless it had been subjected to the terrible slaughter and manhandling that has fallen to it through the strength of the Russian Soviet Armies. 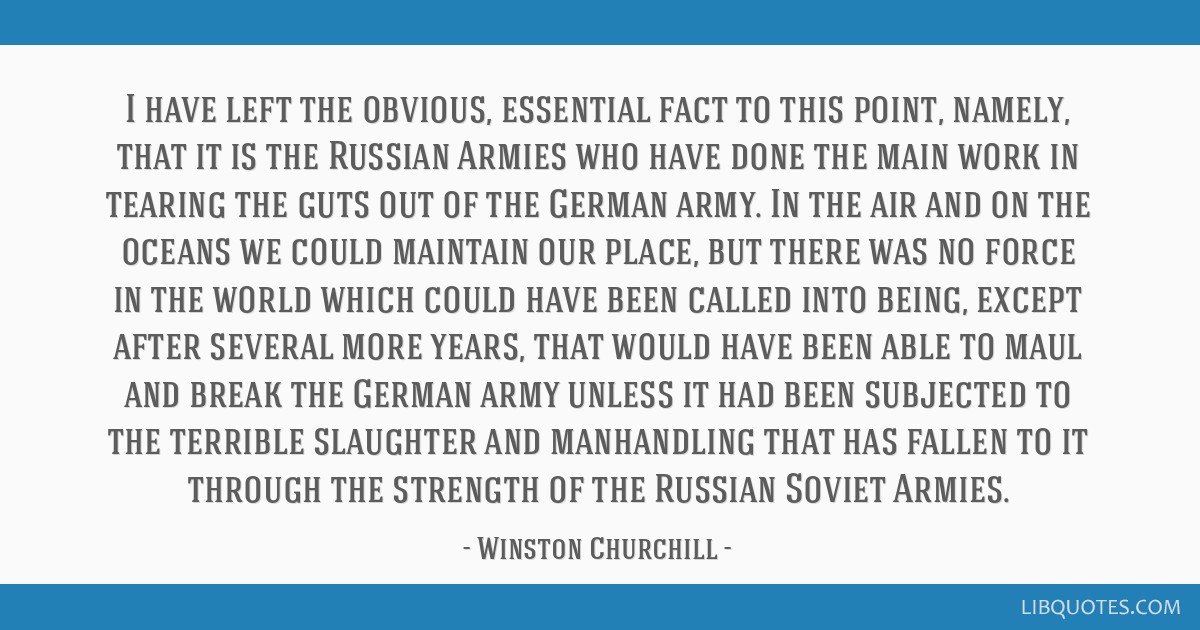 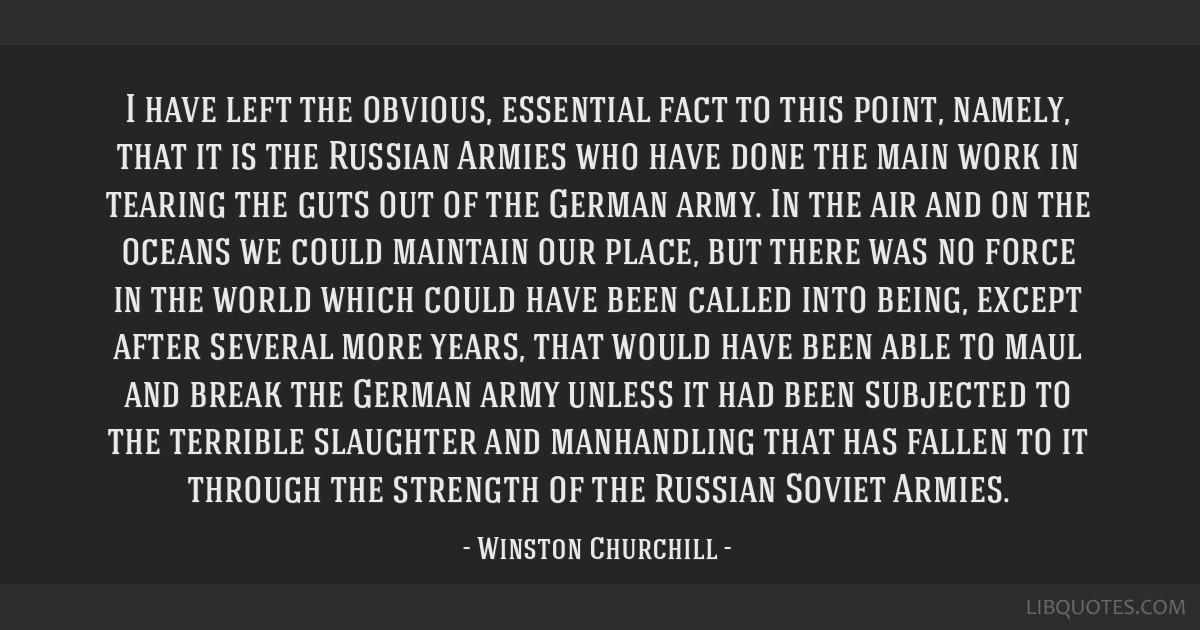 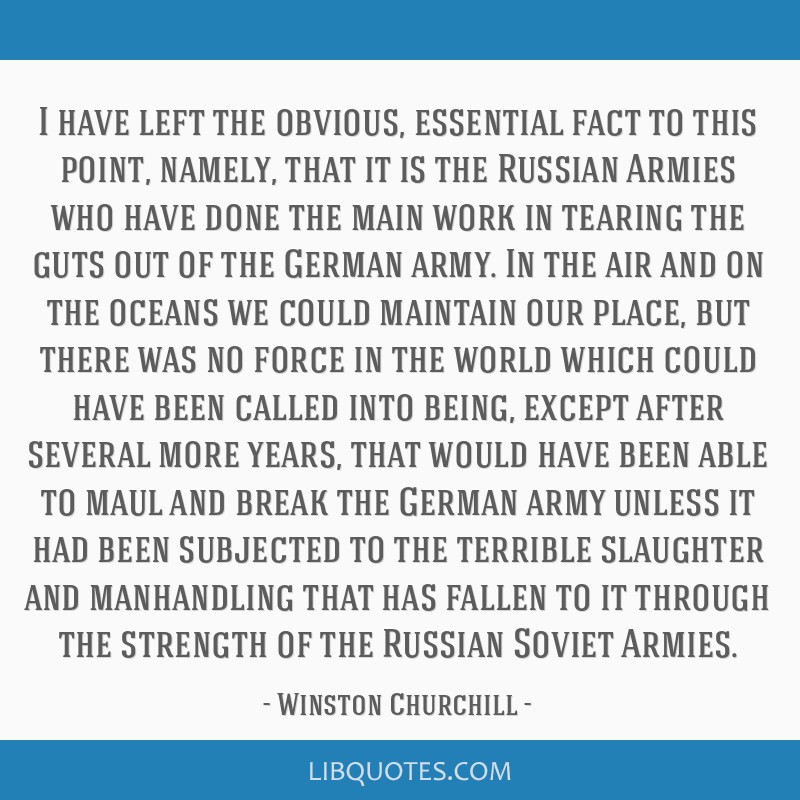 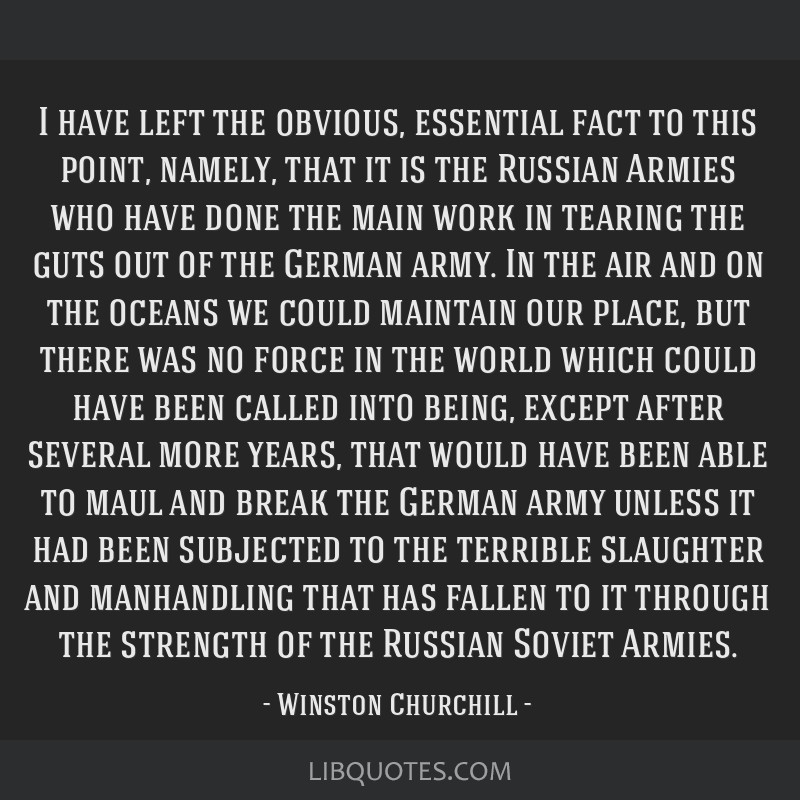