On 17th July there came to us at Potsdam the eagerly-awaited news of the trial of the atomic bomb in the [New] Mexican desert. Success beyond all dreams crowded this sombre, magnificent venture of our American allies. The detailed reports... could leave no doubt in the minds of the very few who were informed, that we were in the presence of a new factor in human affairs, and possessed of powers which were irresistible. 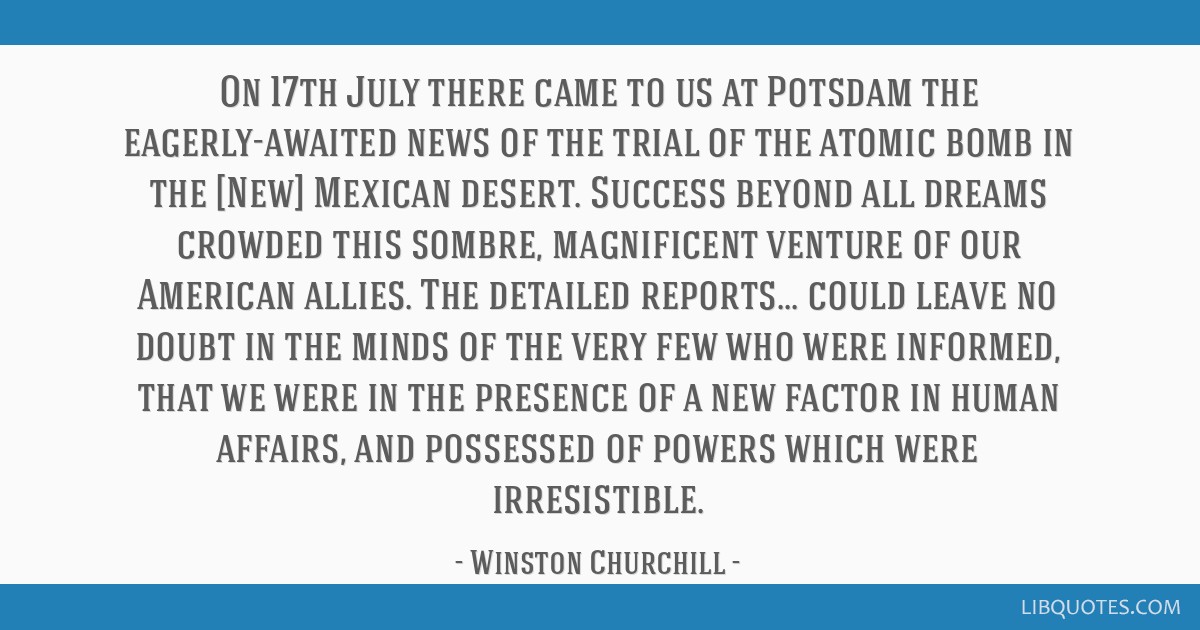 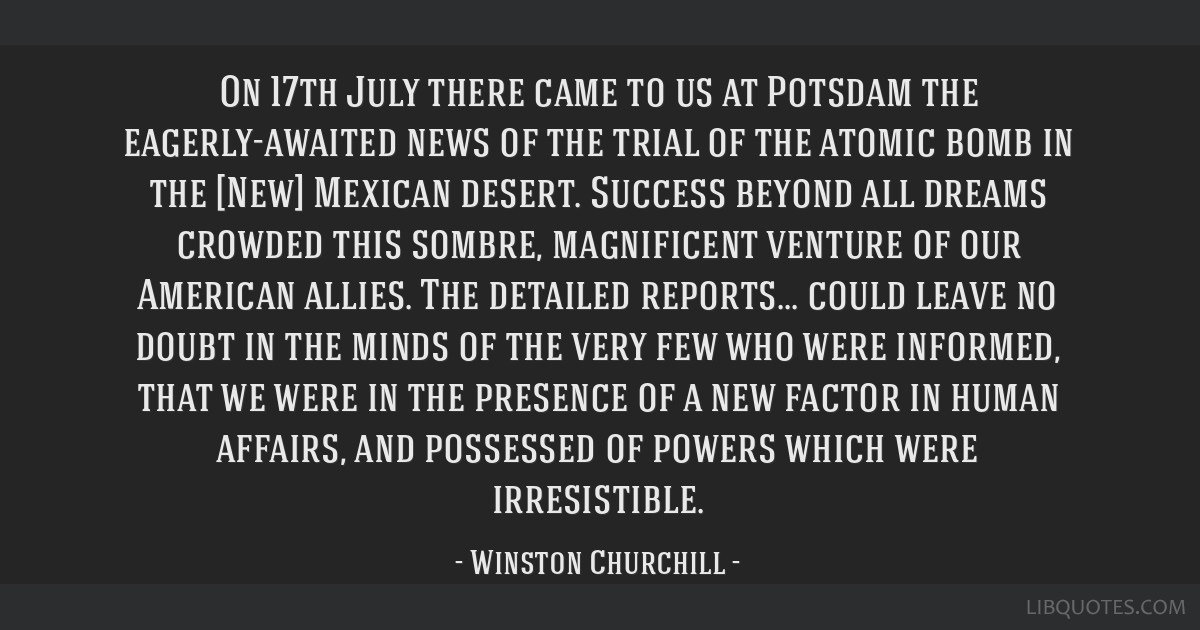 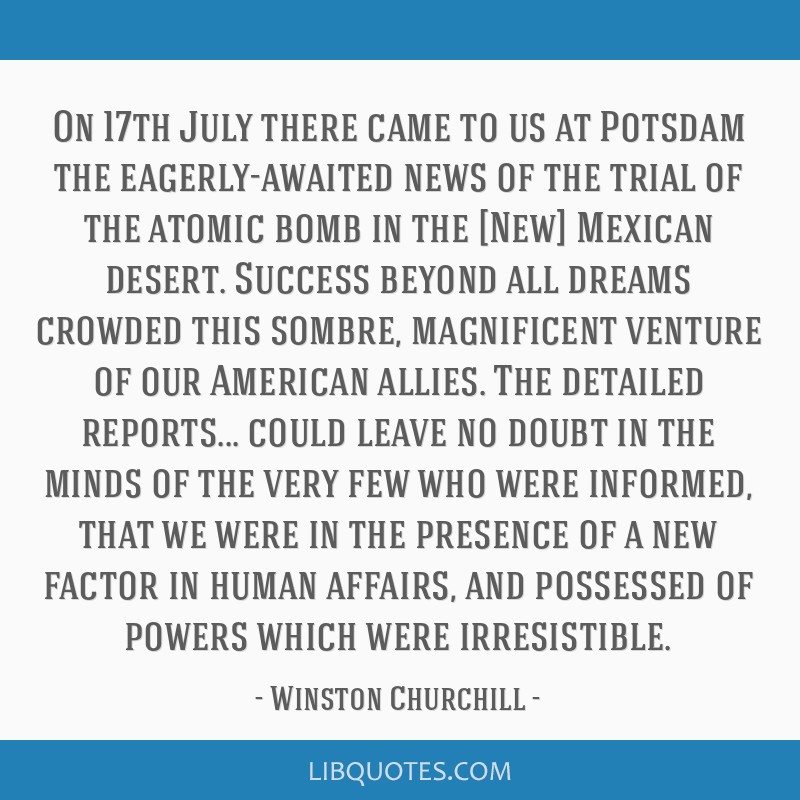 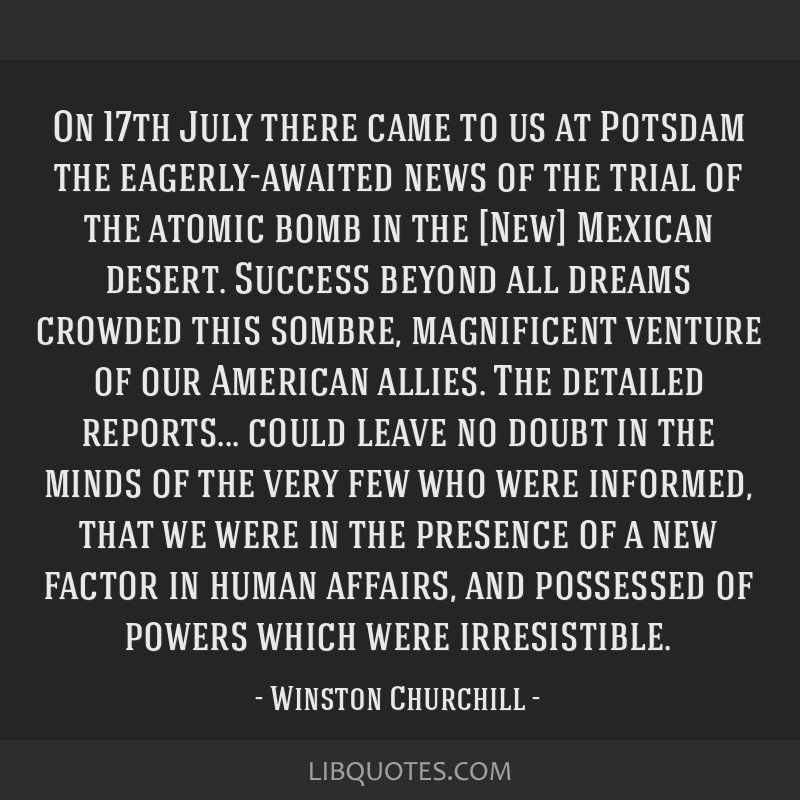