By an uncompleted process of terror, by an iniquitous land settlement, by the virtual proscription of the Catholic religion, by the bloody deeds already described, he cut new gulfs between the nations and the creeds. 'Hell or Connaught' were the terms he thrust upon the native inhabitants, and they for their part, across three hundred years, have used as their keenest expression of hatred 'The Curse of Cromwell on you.' … Upon all of us there still lies 'the curse of Cromwell'. 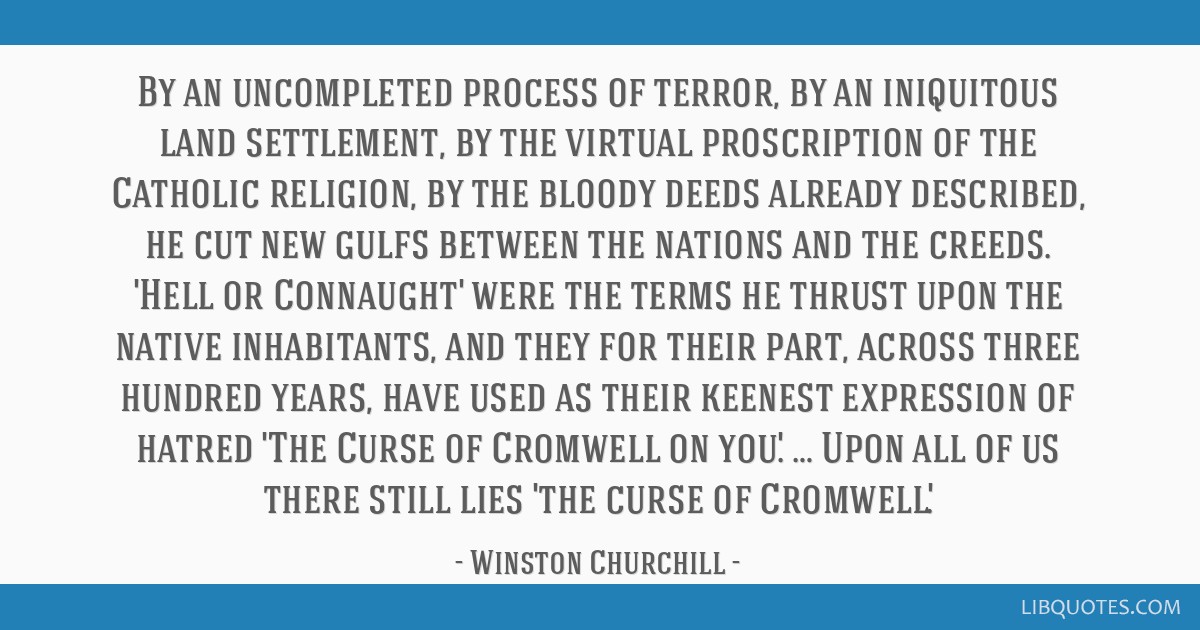 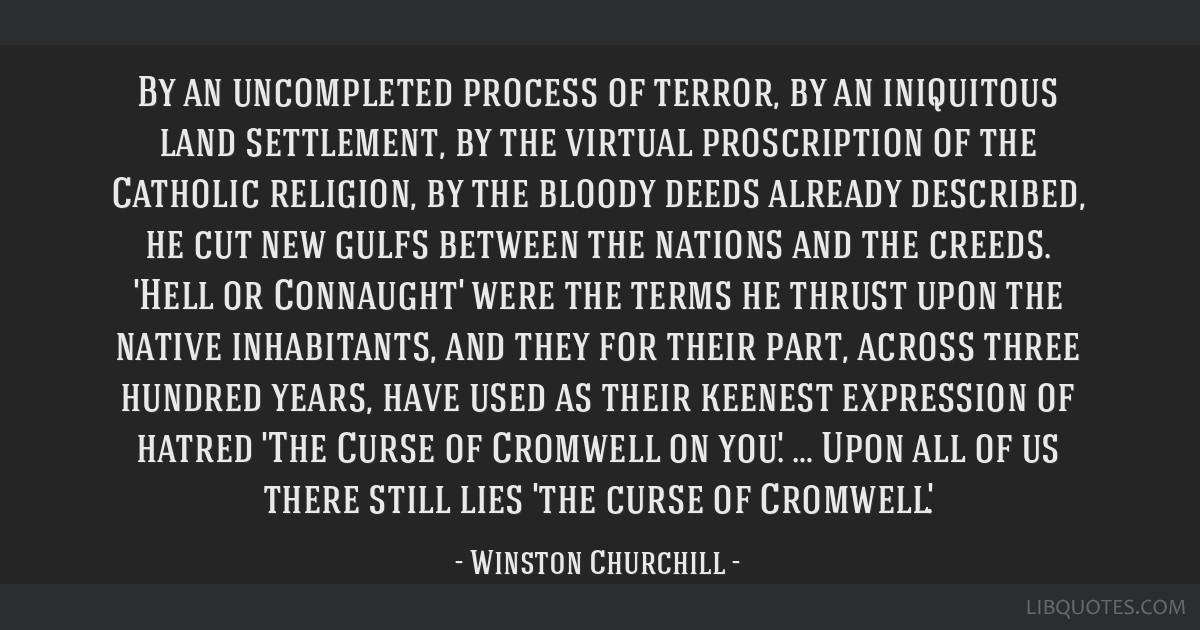 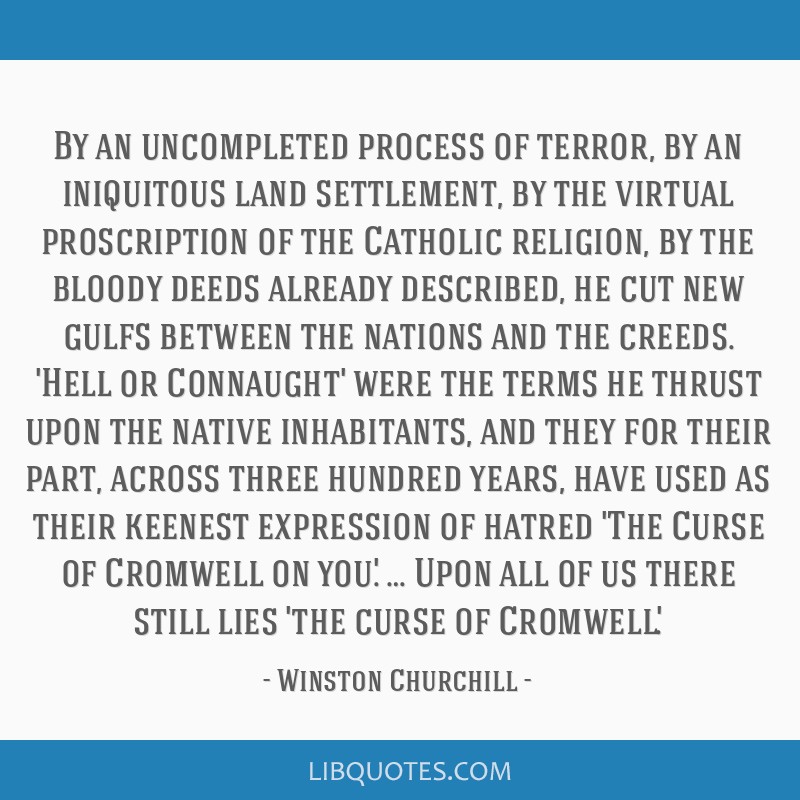 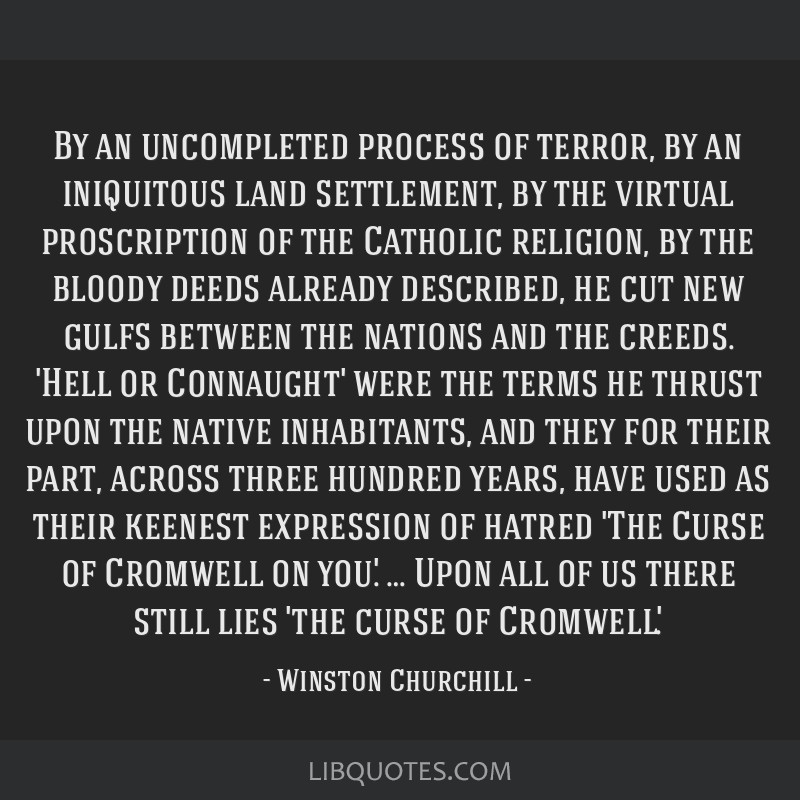