I remember, when I was a child, being taken to the celebrated Barnum's circus, which contained an exhibition of freaks and monstrosities. But the exhibit on the programme which I most desired to see was the one described as "The Boneless Wonder." My parents judged that that spectacle would be too revolting and demoralising for my youthful eyes, and I have waited 50 years to see the boneless wonder sitting on the Treasury Bench.

A jibe at Prime Minister (and First Lord of the Treasury) Ramsay MacDonald during a speech in the House of Commons, January 28, 1931 "Trade Disputes and Trade Unions (Amendment) Bill". - The 1930s 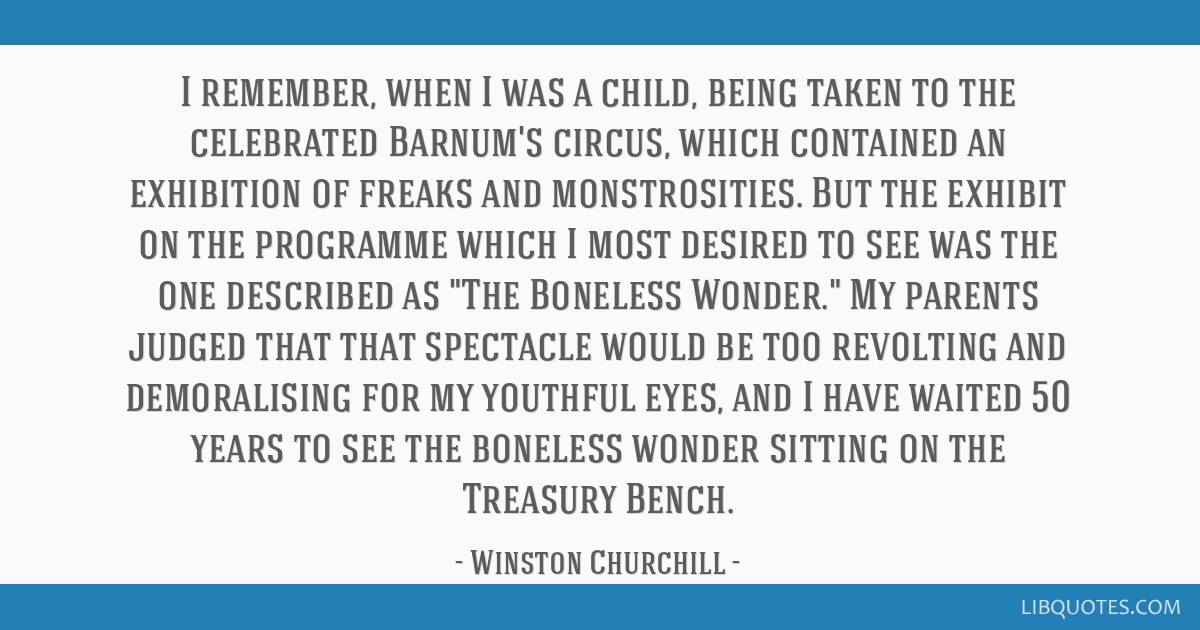 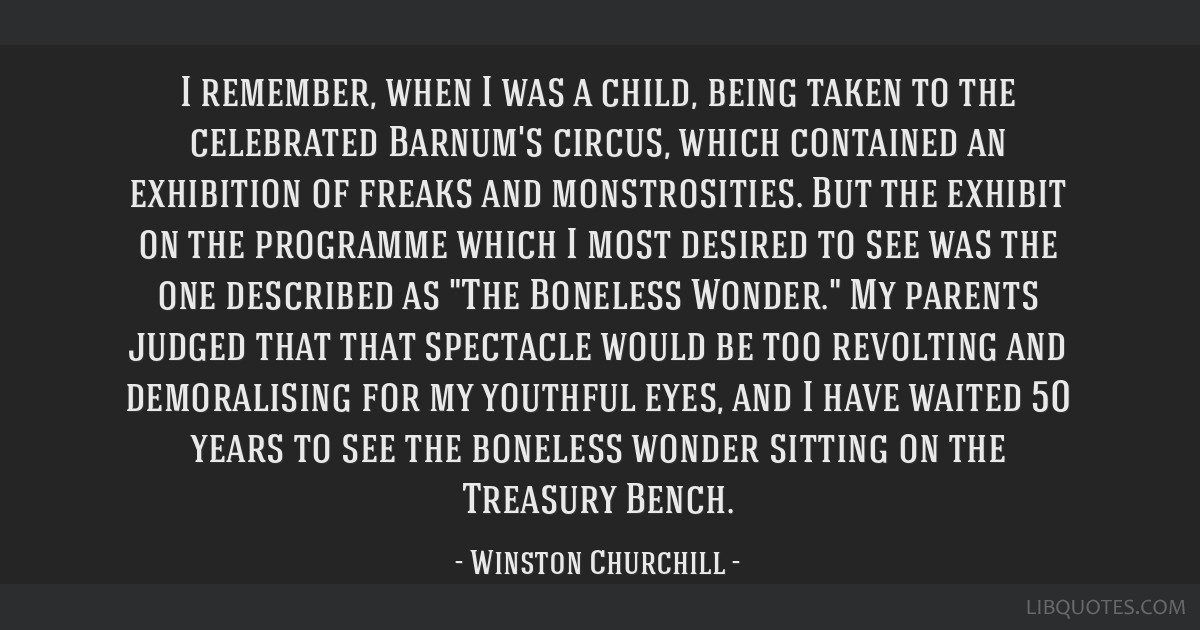 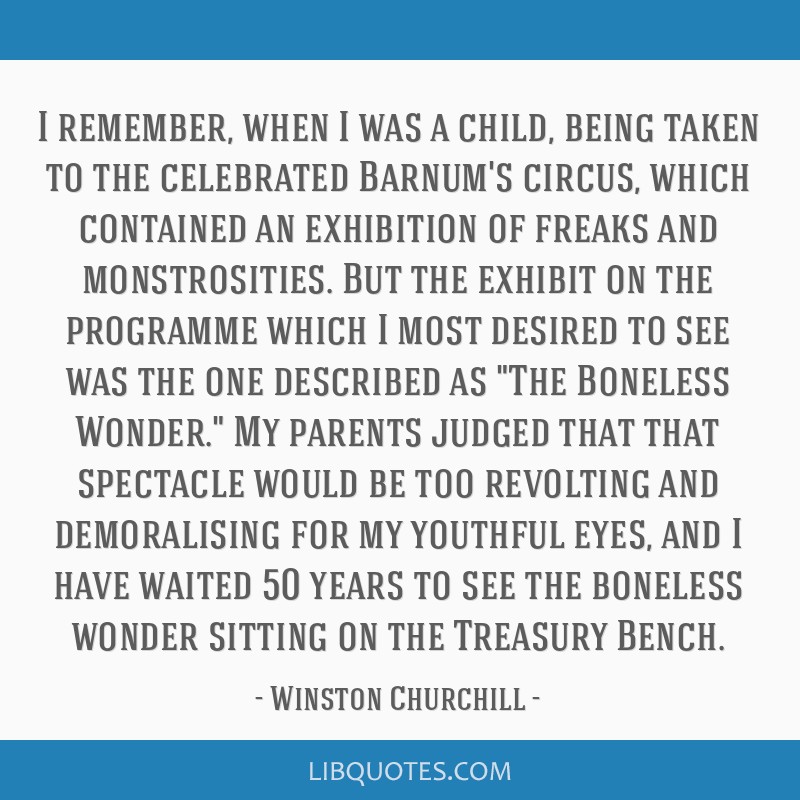 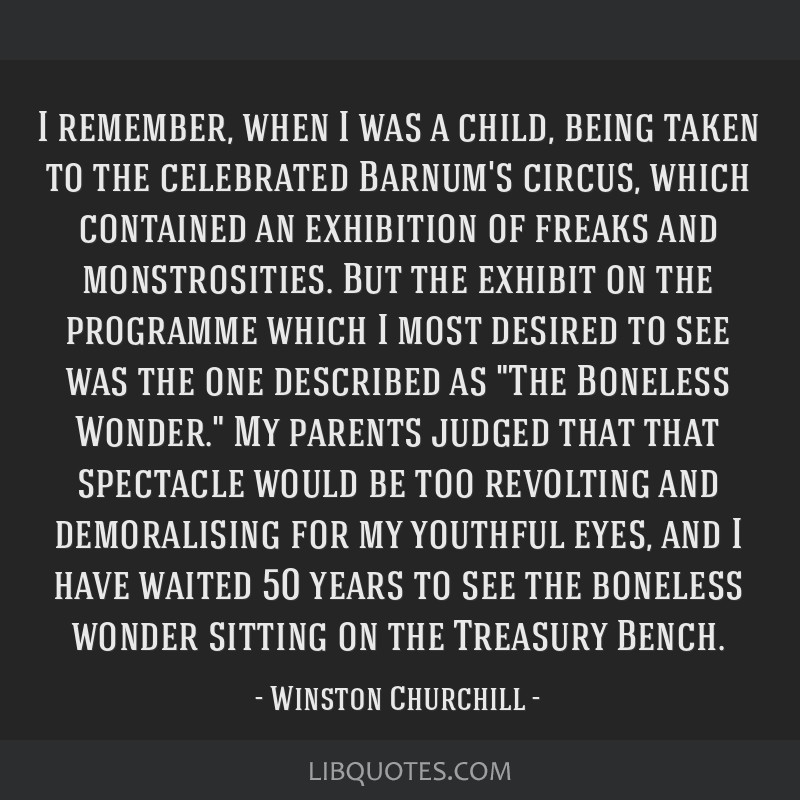