One would have thought that if there was one cause in the world which the Conservative party would have hastened to defend, it would be the cause of the British Empire in India... Our fight is hard. It will also be long... But win or lose, we must do our duty. If the British people are to lose their Indian Empire, they shall do so with their eyes open. 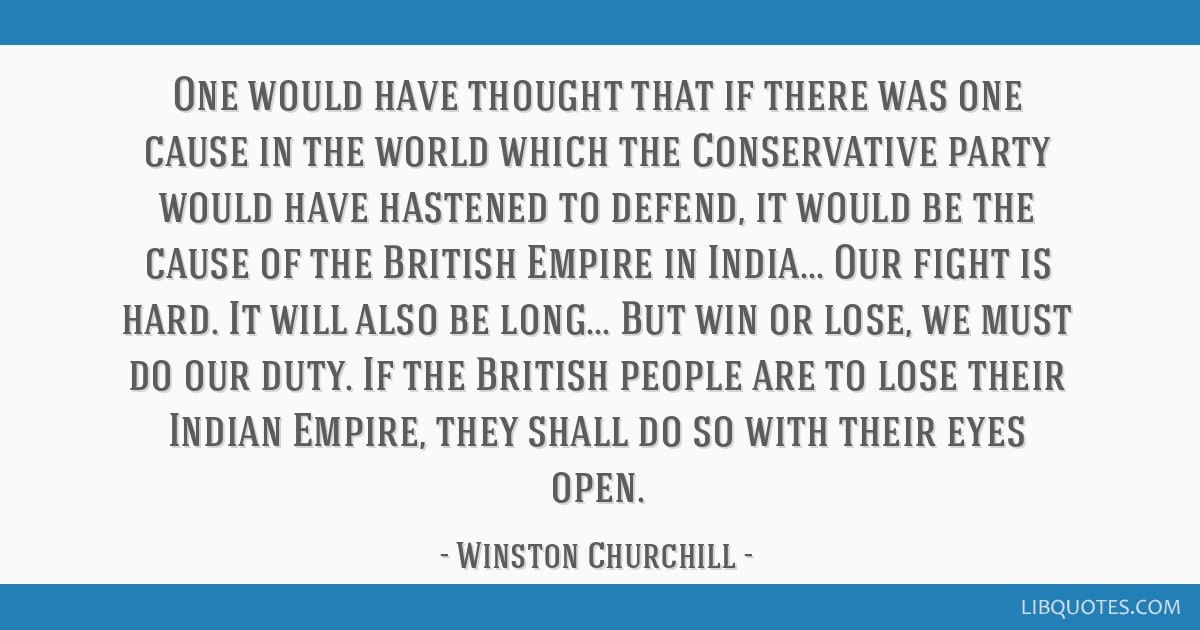 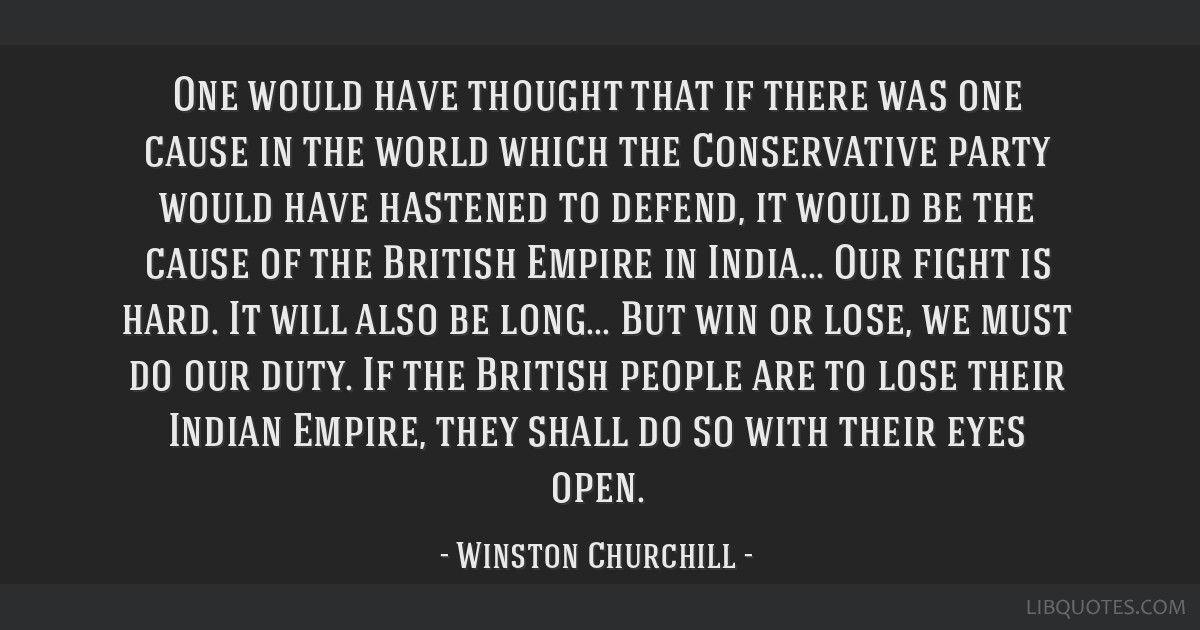 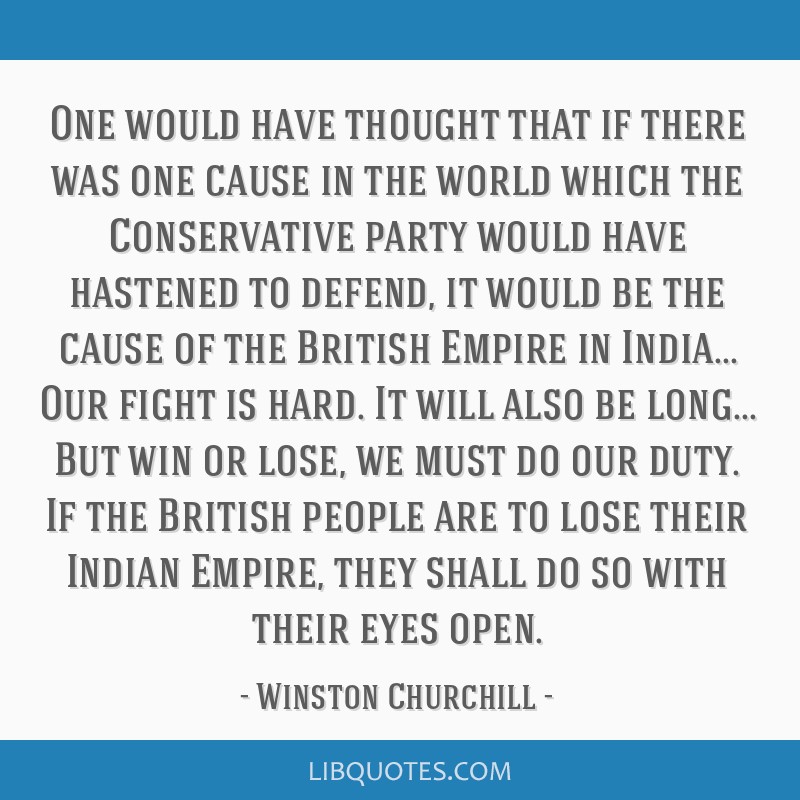 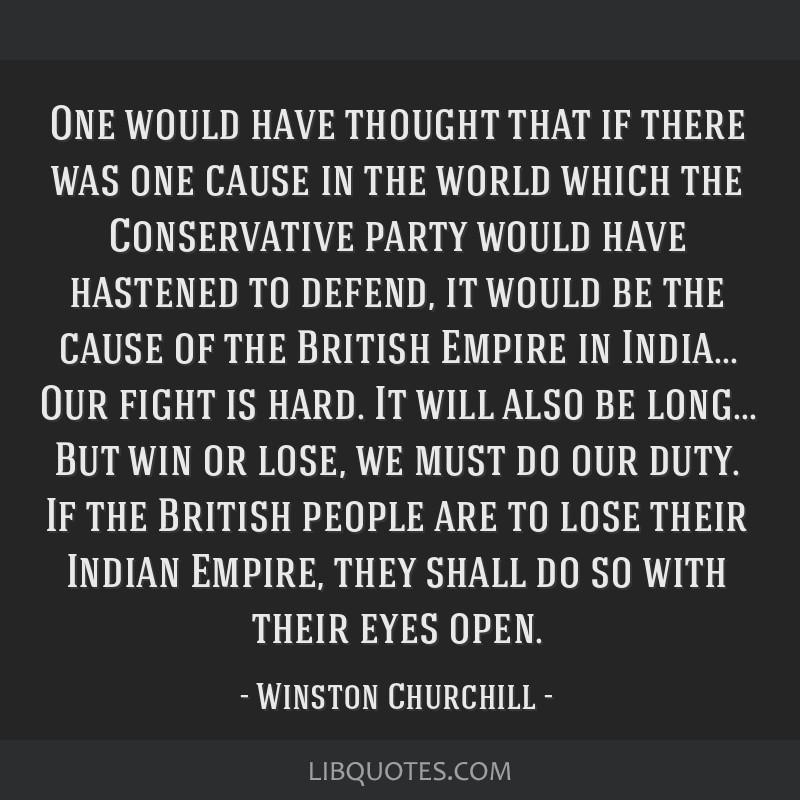