William now directed his archers to shoot high into the air, so that the arrows would fall behind the shield-wall, and one of these pierced Harold in the right-eye, inflicting a mortal wound. He fell at the foot of the royal standard, unconquerable except by death, which does not count in honour. The hard-fought battle was now decided. 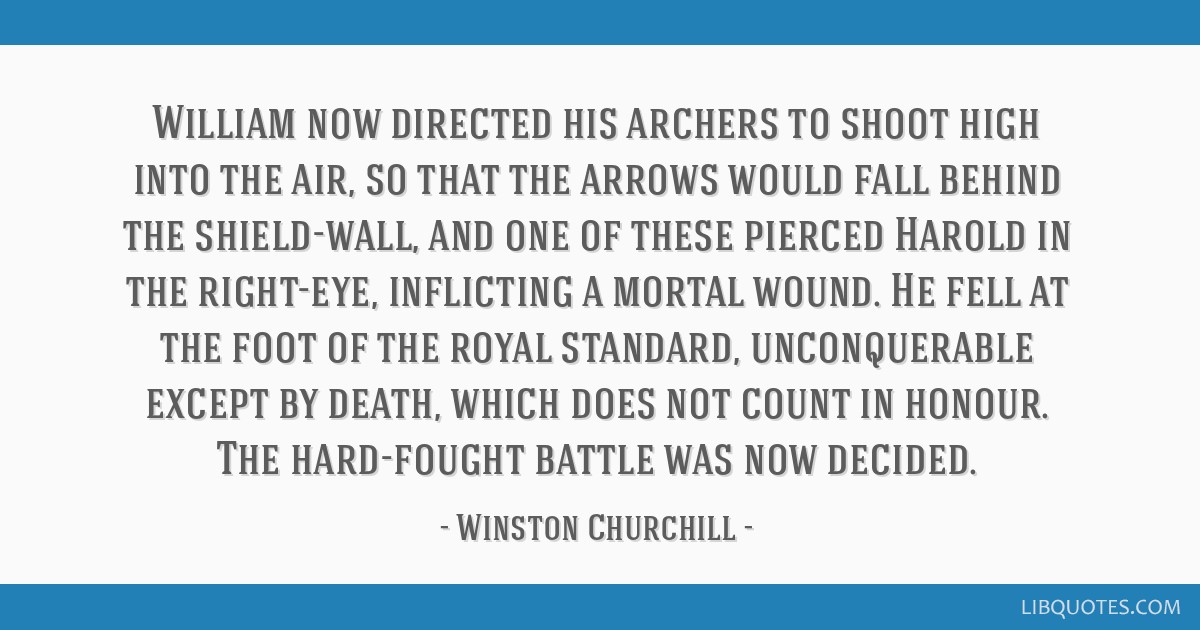 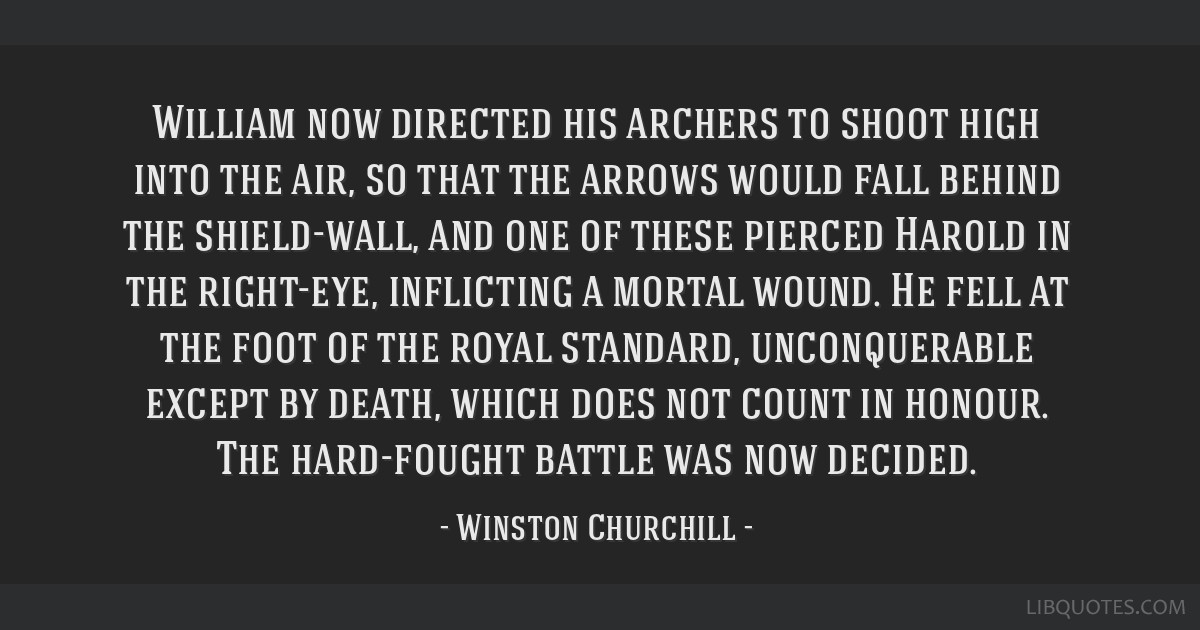 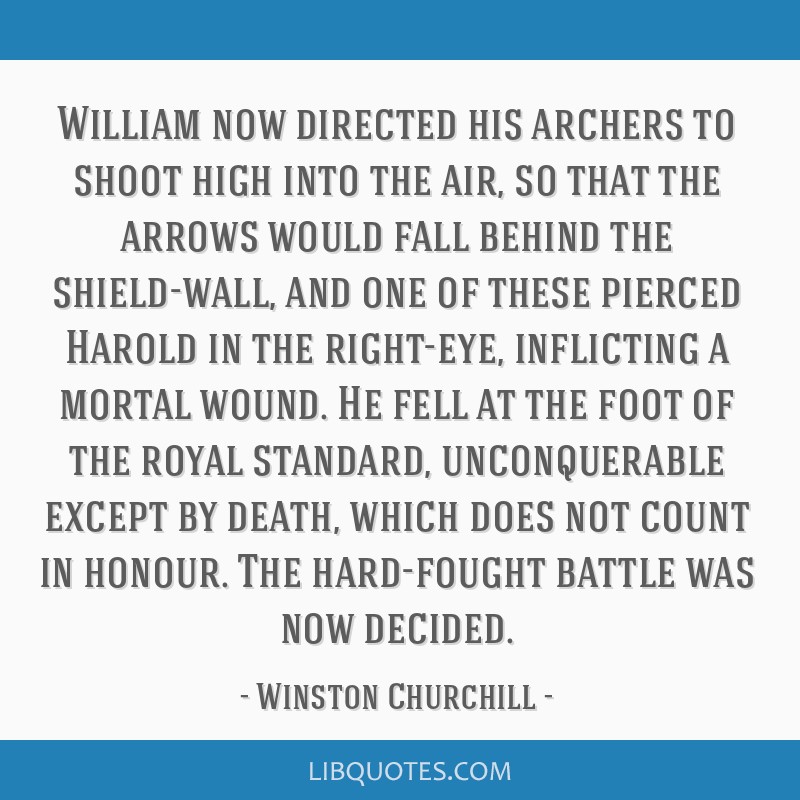 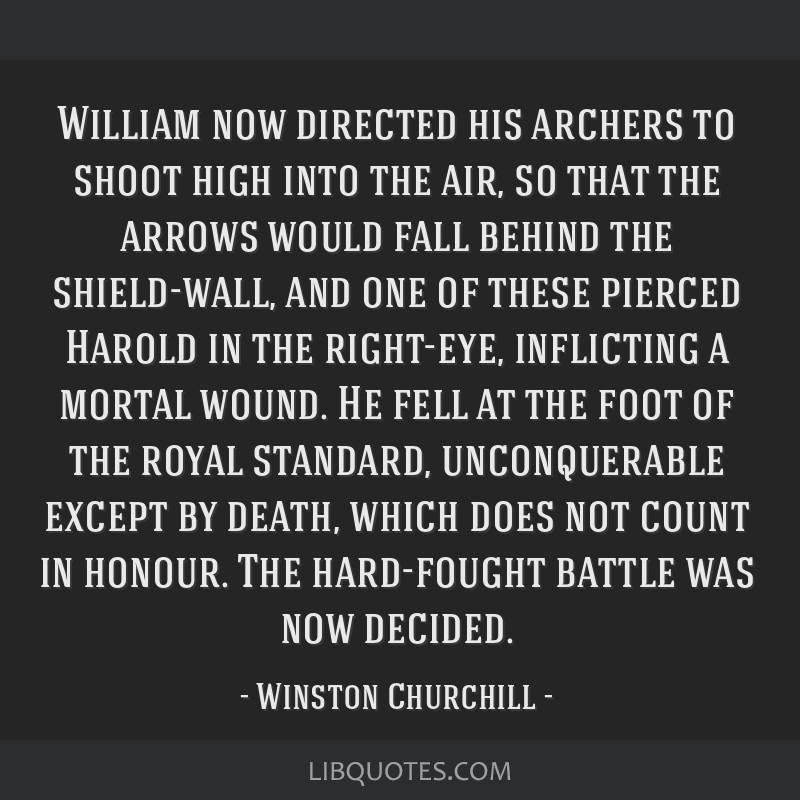