Apparently, as in so many ancient battles, the beaten side were the victims of misunderstanding and the fate of the day was decided against them before the bulk of the forces realised that a serious engagement had begun. Reserves descended from the hills too late to achieve victory, but in good time to be massacred in the rout.

On the Battle of Mons Graupius, which ended British resistance to Roman rule, Vol I; The Birth of Britain. - A History of the English-Speaking Peoples (1956–58) 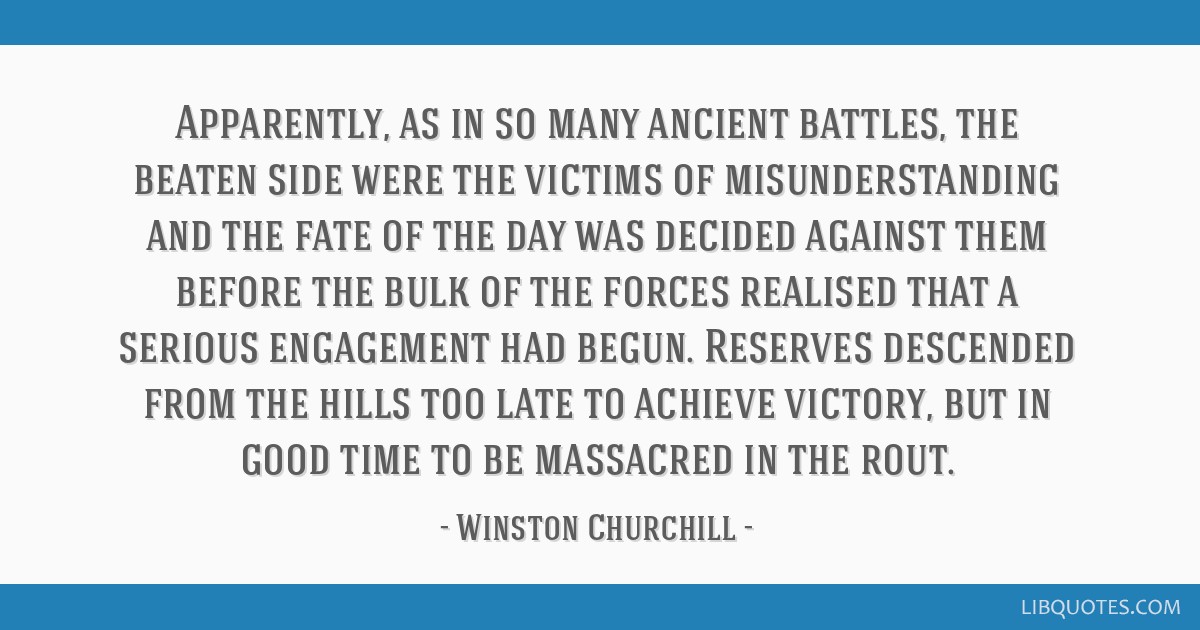 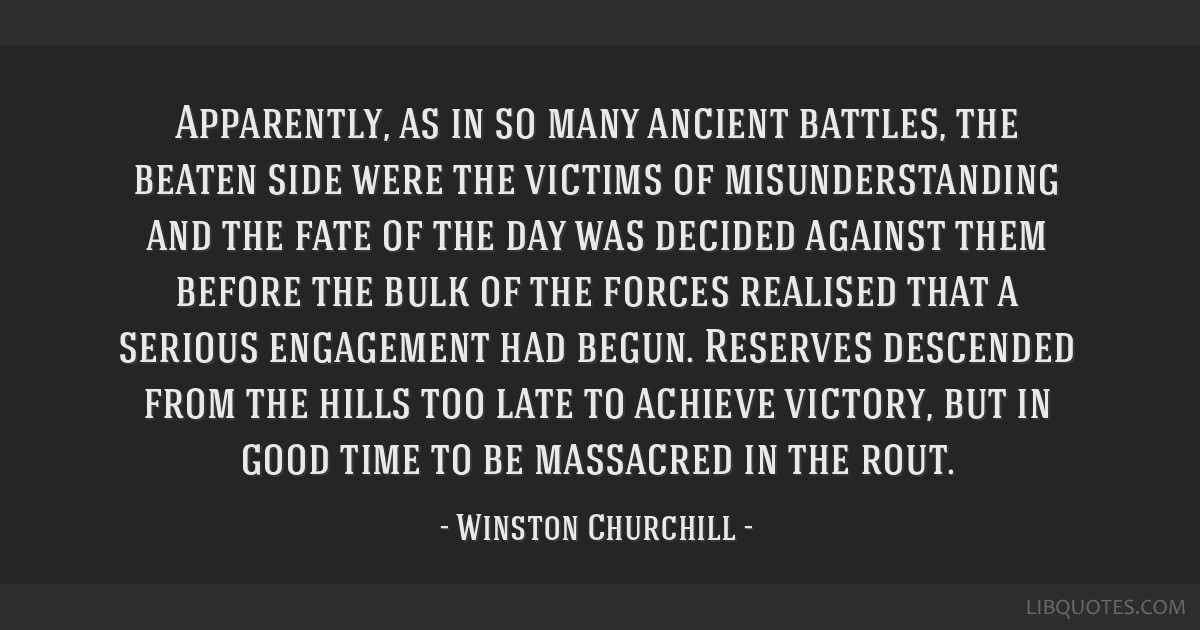 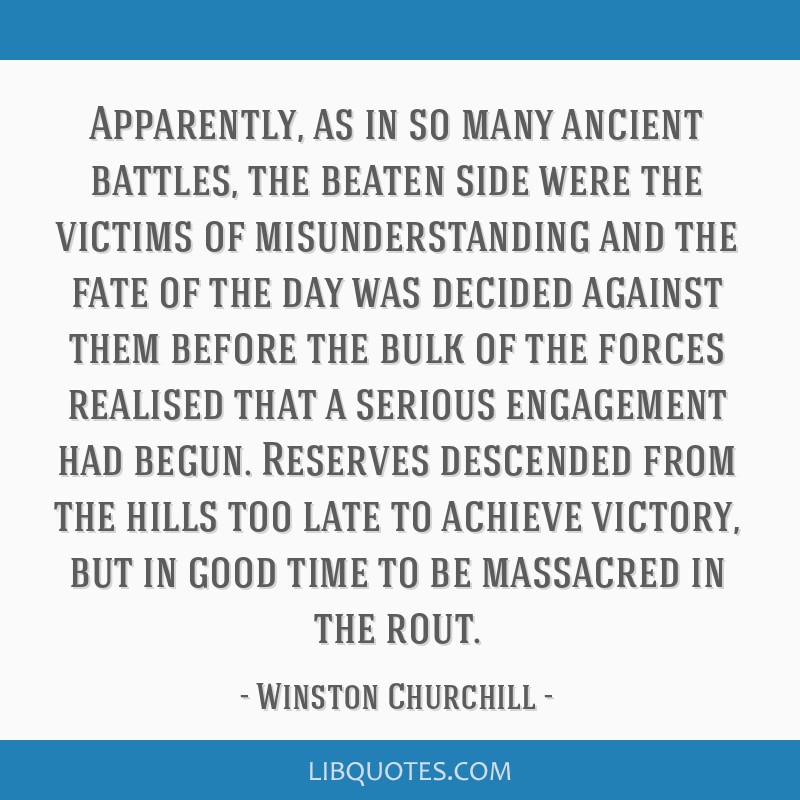 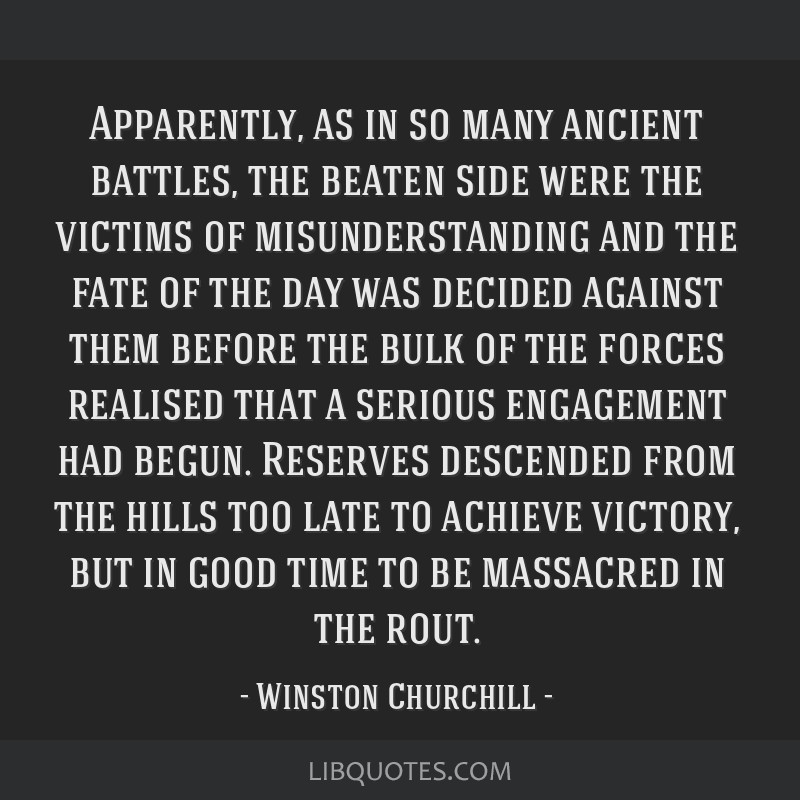