I am going to tell you something you must not tell to any human being. We have split the atom. The report of the great experiment has just come in. A bomb was let off in some wild spot in New Mexico. It was only a thirteen-pound bomb, but it made a crater half a mile across. People ten miles away lay with their feet towards the bomb; when it went off they rolled over and tried to look at the sky. But even with the darkest glasses it was impossible. It was the middle of the night, but it was as if seven suns had lit the earth; two hundred miles away the light could be seen. The bomb sent up smoke into the stratosphere... It is the Second Coming. The secret has been wrested from nature... Fire was the first discovery; this is the second. 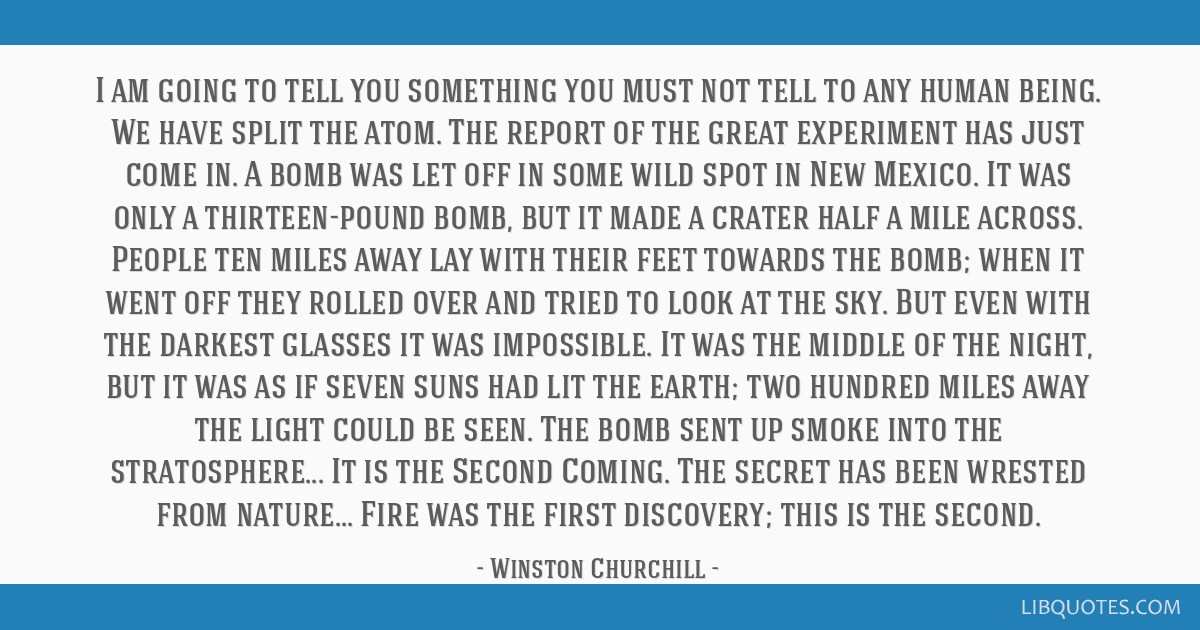 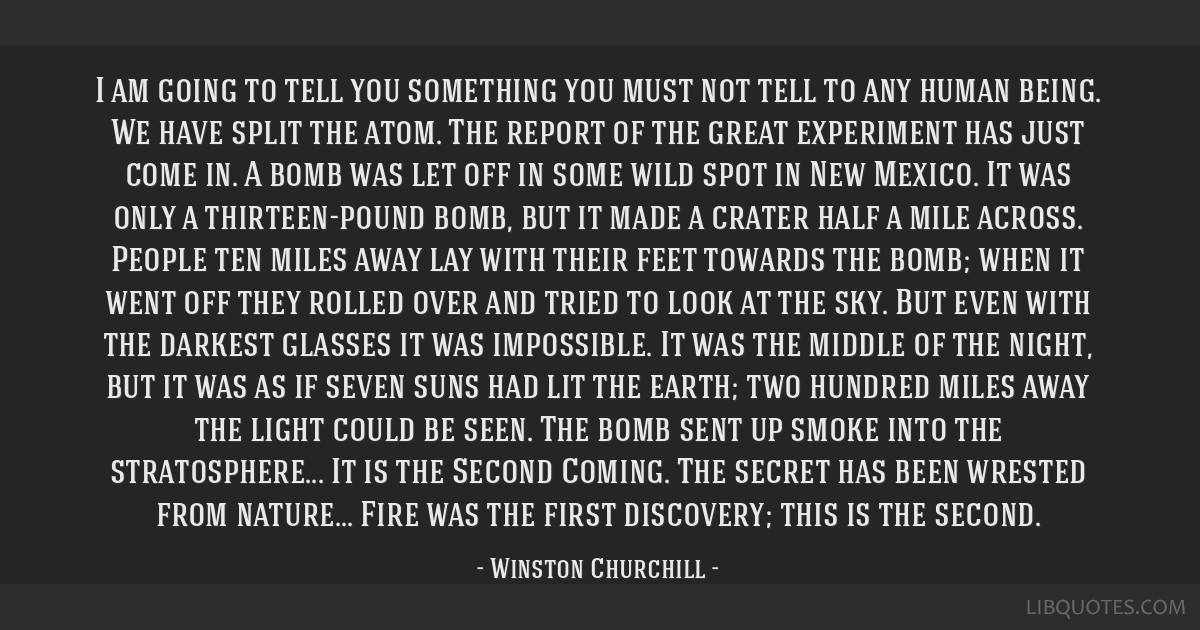 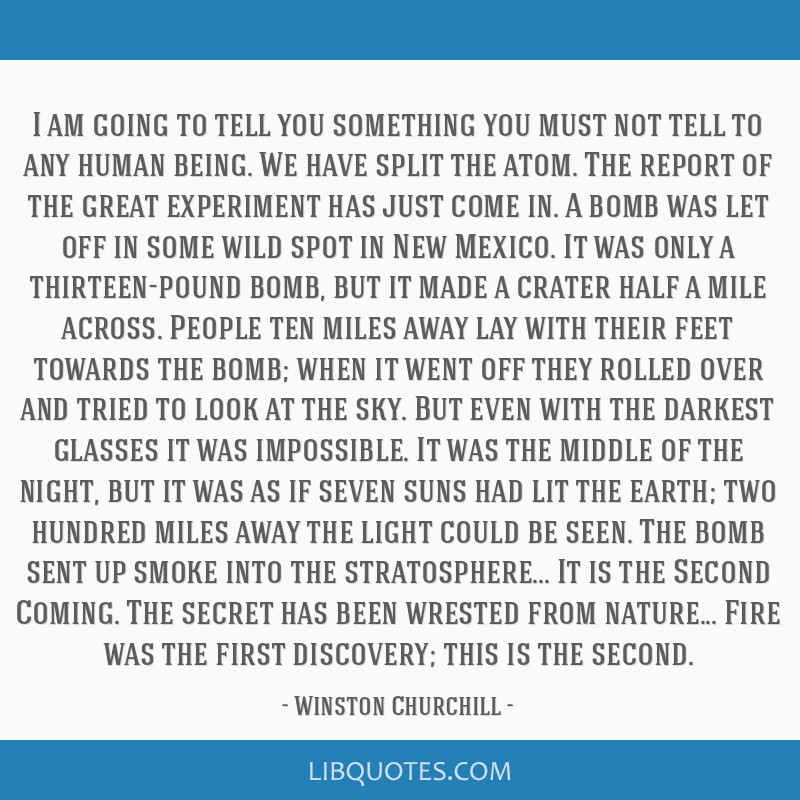 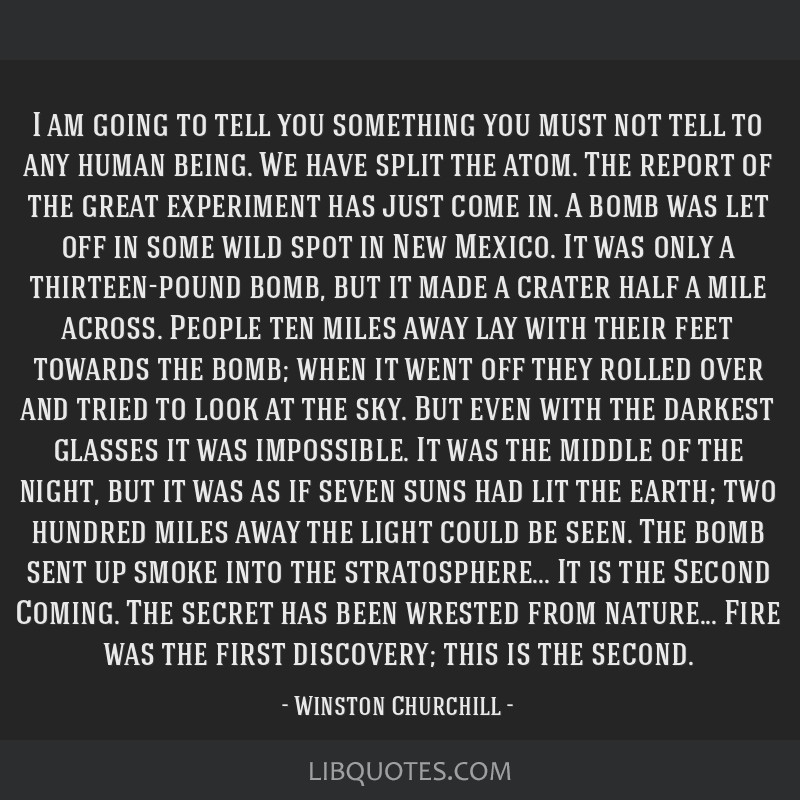