These cruel, wanton, indiscriminate bombings of London are, of course, a part of Hitler's invasion plans. He hopes, by killing large numbers of civilians, and women and children, that he will terrorise and cow the people of this mighty imperial city … Little does he know the spirit of the British nation, or the tough fibre of the Londoners. 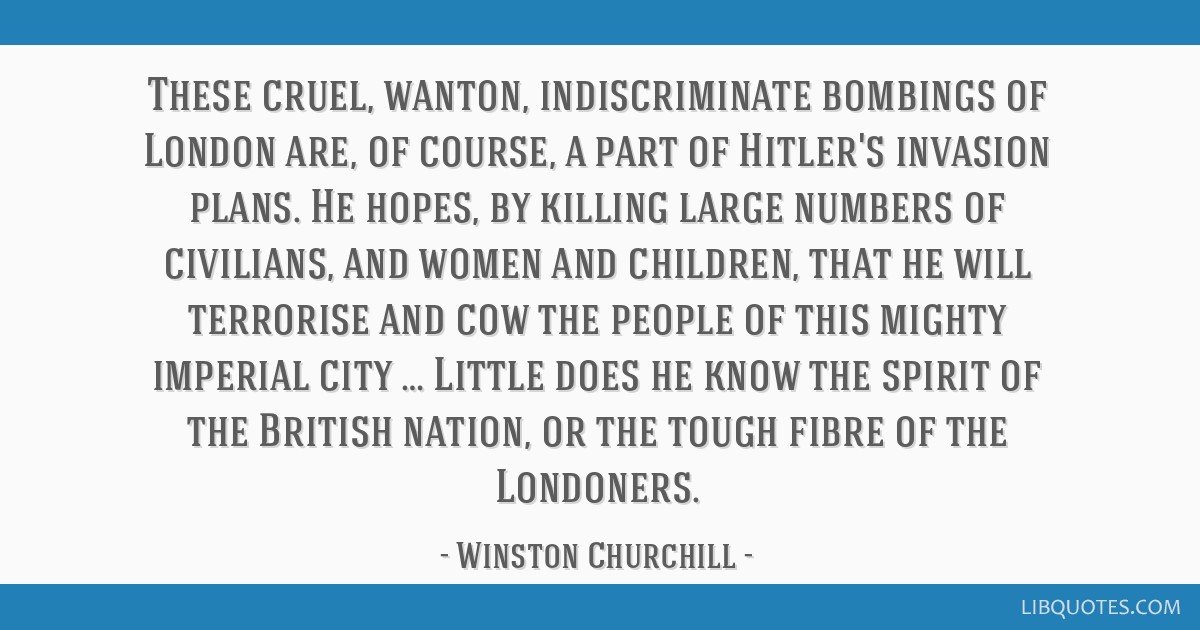 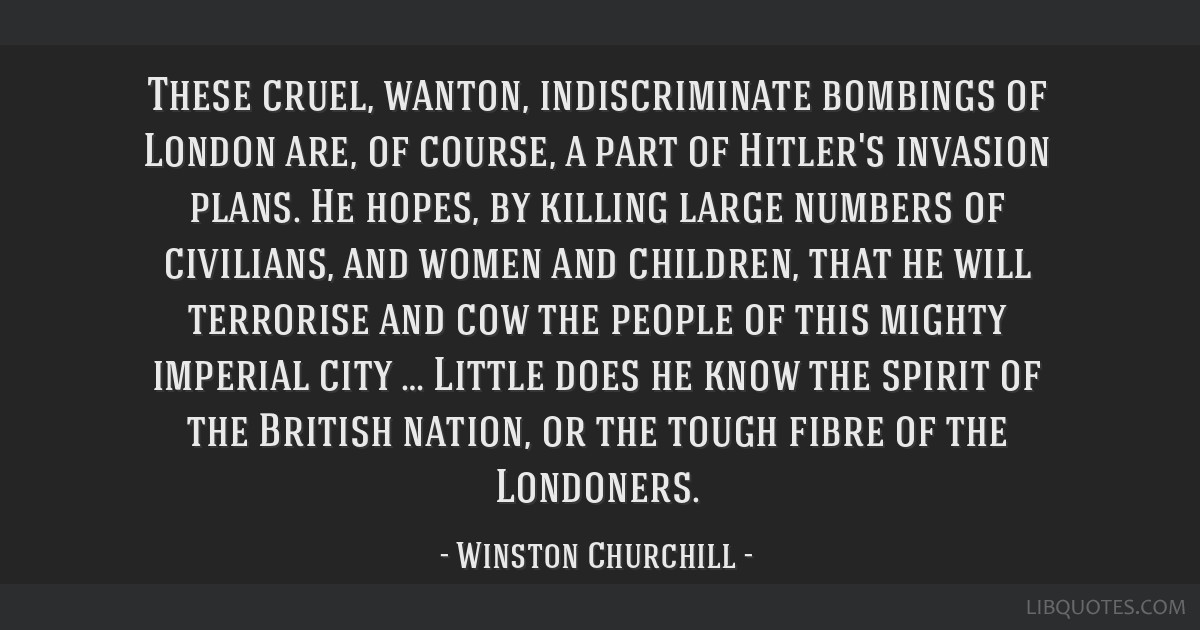 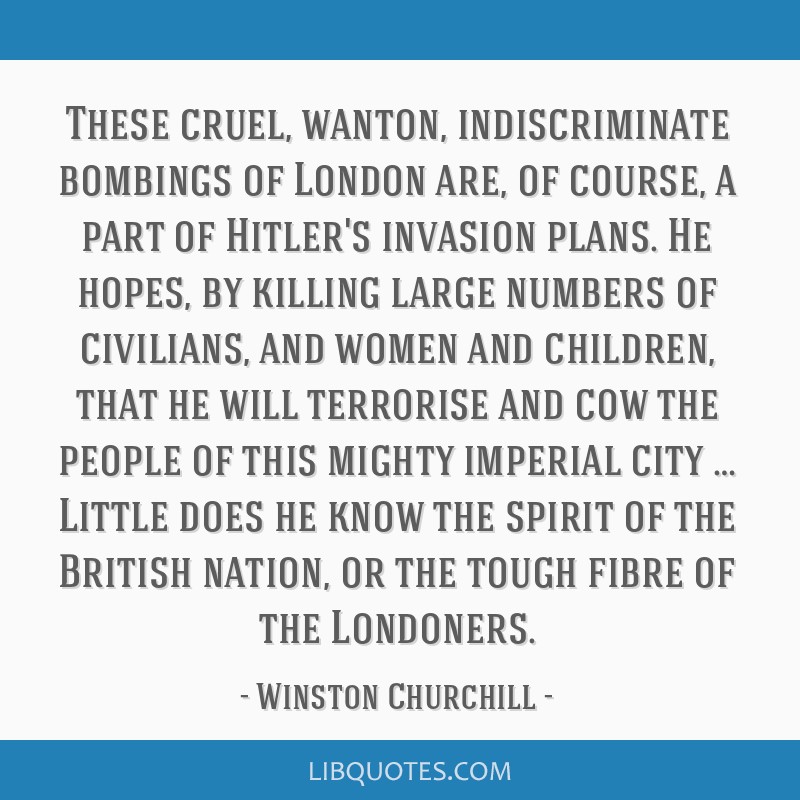 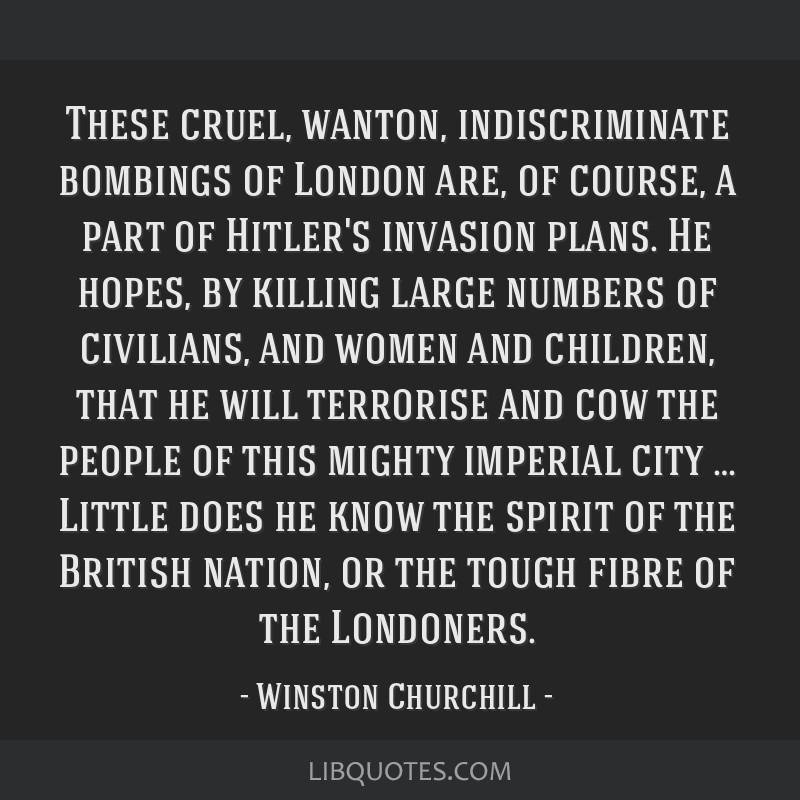