Anyone can see what the position is. The Government simply cannot make up their mind, or they cannot get the Prime Minister to make up his mind. So they go on in strange paradox, decided only to be undecided, resolved to be irresolute, adamant for drift, solid for fluidity, all powerful to be impotent. So we go on preparing more months and years – precious, perhaps vital to the greatness of Britian – for the locusts to eat.

Speech in the House of Commons, November 12, 1936 "Debate on the Address", criticizing the Government of Stanley Baldwin for its conciliatory stance toward Hitler. - The 1930s 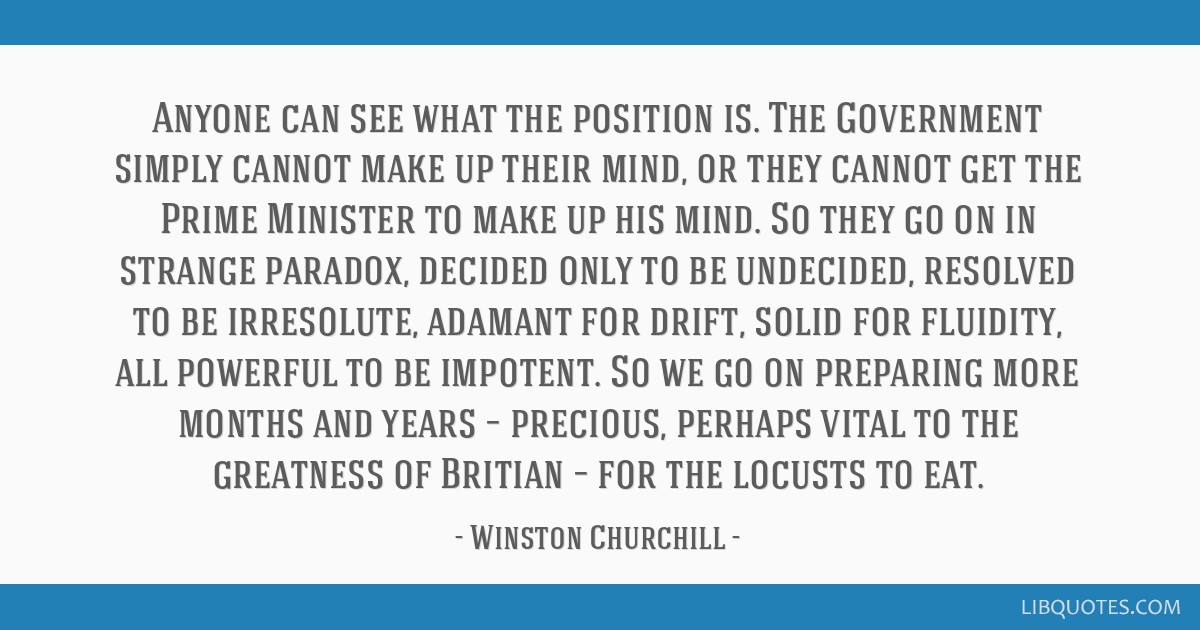 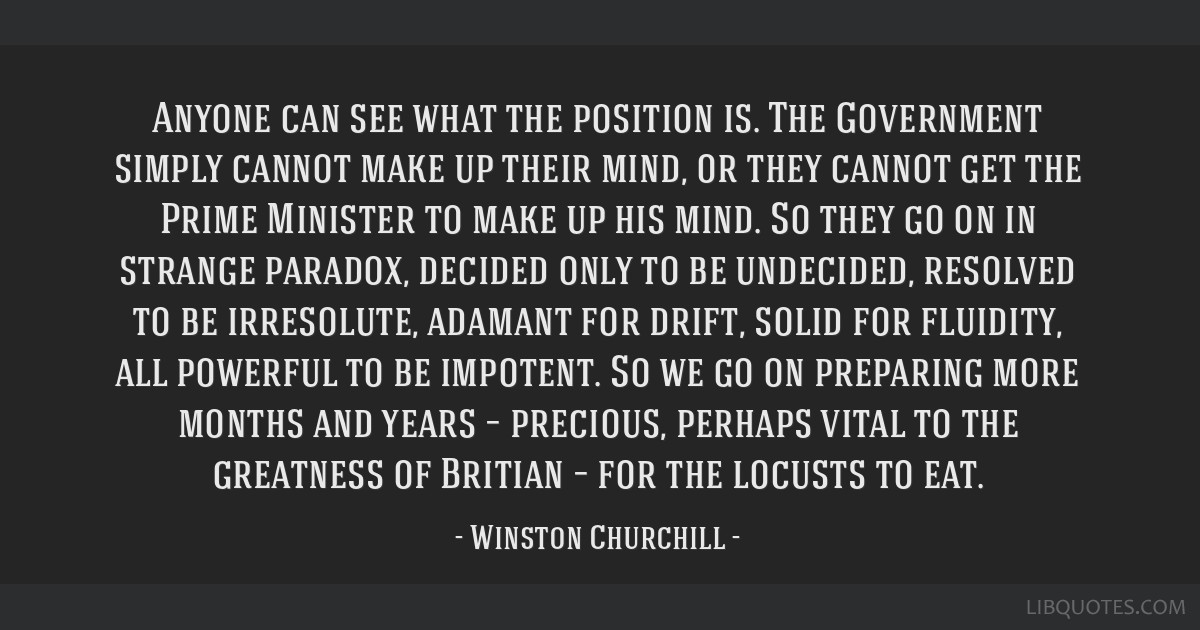 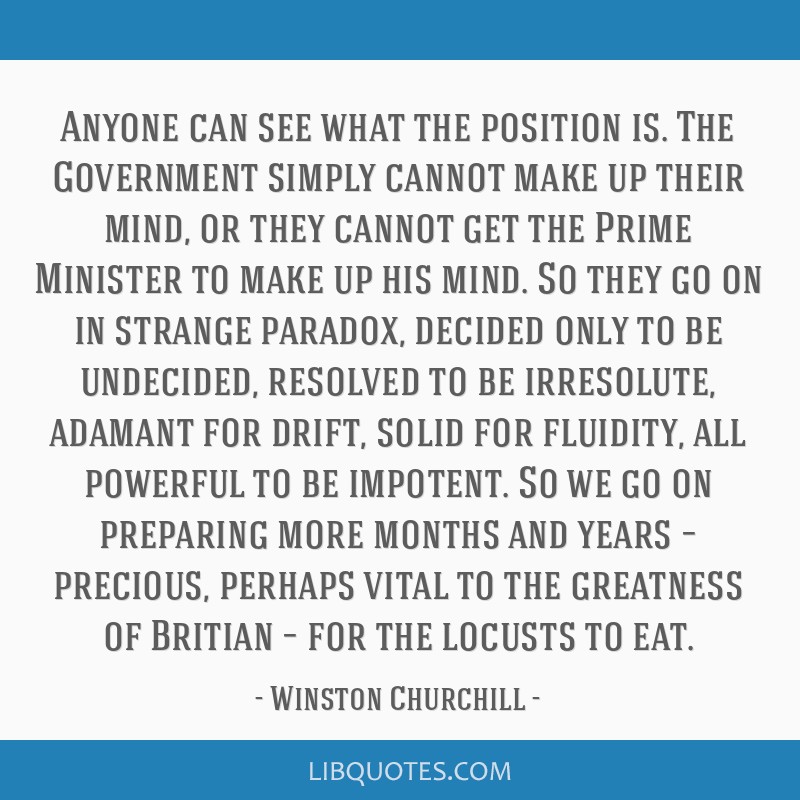 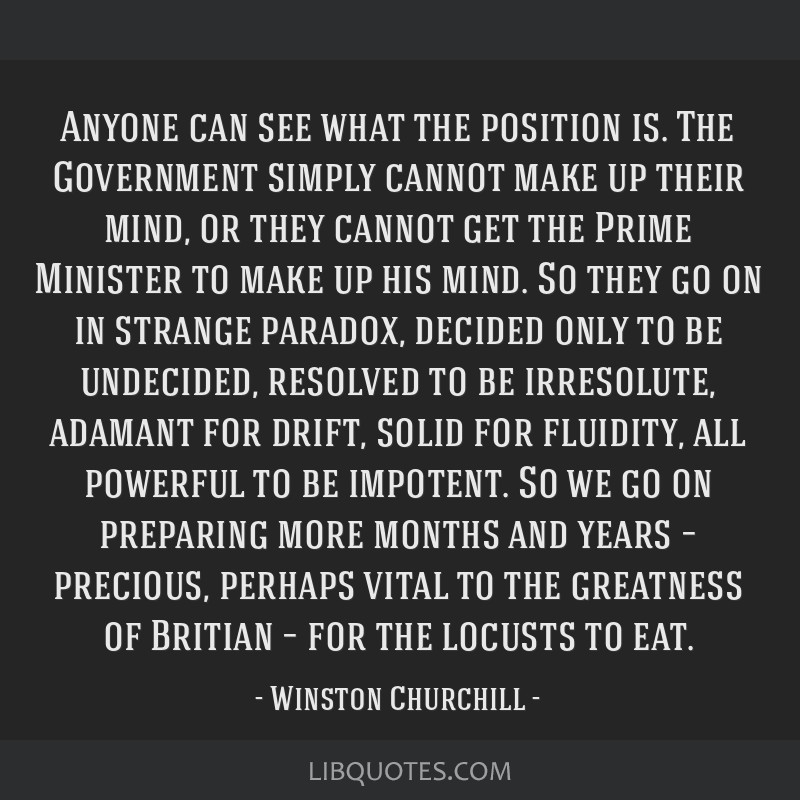