The life that I have chosen gives me my full hours of enjoyment.

Winslow Homer
You have the sky overhead giving one light; then the reflected light from whatever reflects; then the direct light of the sun; so that, in the blending and suffusing of these several luminations, there is no such thing as a line to be seen anywhere.

Winslow Homer
The most interesting part of my life is of no concern to the public.

Winslow Homer
I regret very much that I have painted a picture that requires any description.

Winslow Homer
I prefer every time a picture composed and painted outdoors. The thing is done without your knowing it.

Winslow Homer
If a man wants to be an artist, he should never look at pictures. 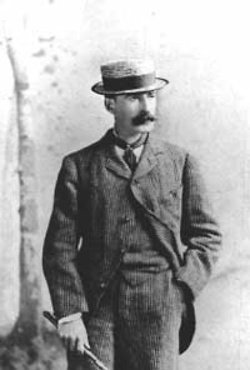 Creative Commons
Born: February 24, 1836
Died: September 29, 1910 (aged 74)
Bio: Winslow Homer was an American landscape painter and printmaker, best known for his marine subjects. He is considered one of the foremost painters in 19th-century America and a preeminent figure in American art.
Known for: