If Thou be one whose heart the holy forms
Of young imagination have kept pure
Stranger! henceforth be warned; and know that pride,
Howe'er disguised in its own majesty,
Is littleness; that he who feels contempt
For any living thing, hath faculties
Which he has never used; that thought with him
Is in its infancy. The man whose eye
Is ever on himself doth look on one,
The least of Nature's works, one who might move
The wise man to that scorn which wisdom holds
Unlawful, ever. O be wiser, thou!
Instructed that true knowledge leads to love;
True dignity abides with him alone
Who, in the silent hour of inward thought,
Can still suspect, and still revere himself,
In lowliness of heart. 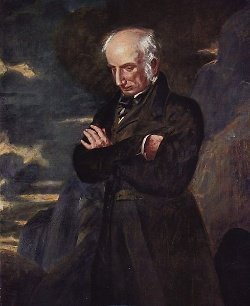