I can not be a traitor, for I owe him no allegiance. He is not my Sovereign; he never received my homage; and whilst life is in this persecuted body, he never shall receive it. To the other points whereof I am accused, I freely confess them all. As Governor of my country I have been an enemy to its enemies; I have slain the English; I have mortally opposed the English King; I have stormed and taken the towns and castles which he unjustly claimed as his own. If I or my soldiers have plundered or done injury to the houses or ministers of religion, I repent me of my sin; but it is not of Edward of England I shall ask pardon.

Statement at his trial, rejecting the assertion he was a traitor to Edward I of England (23 August 1305), as quoted in Lives of Scottish Worthies (1831) by Patrick Fraser Tytler, p. 279 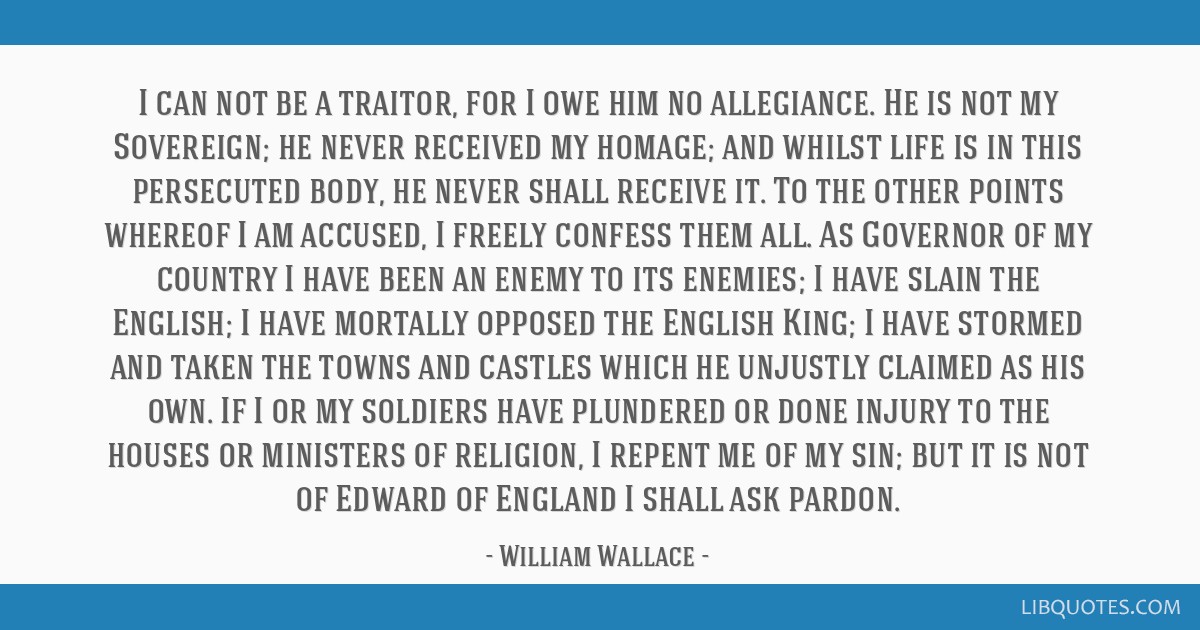 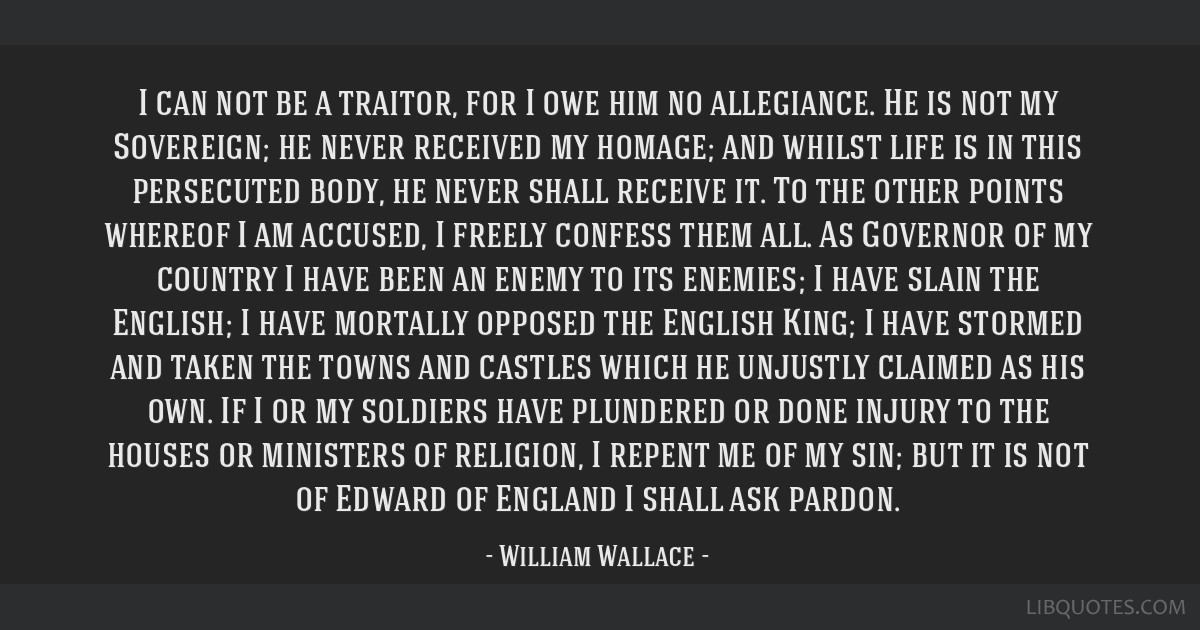 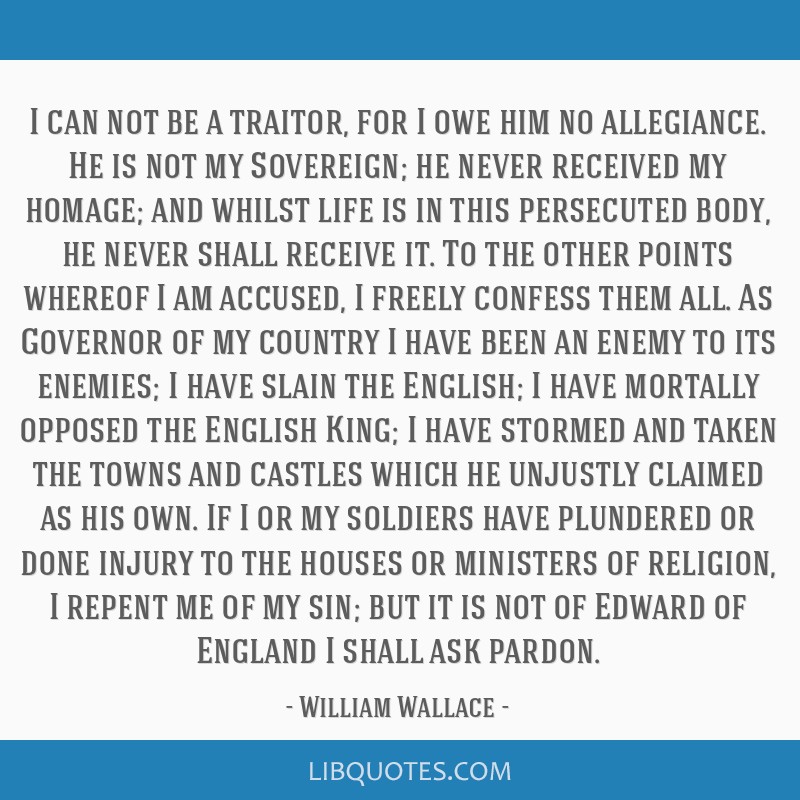 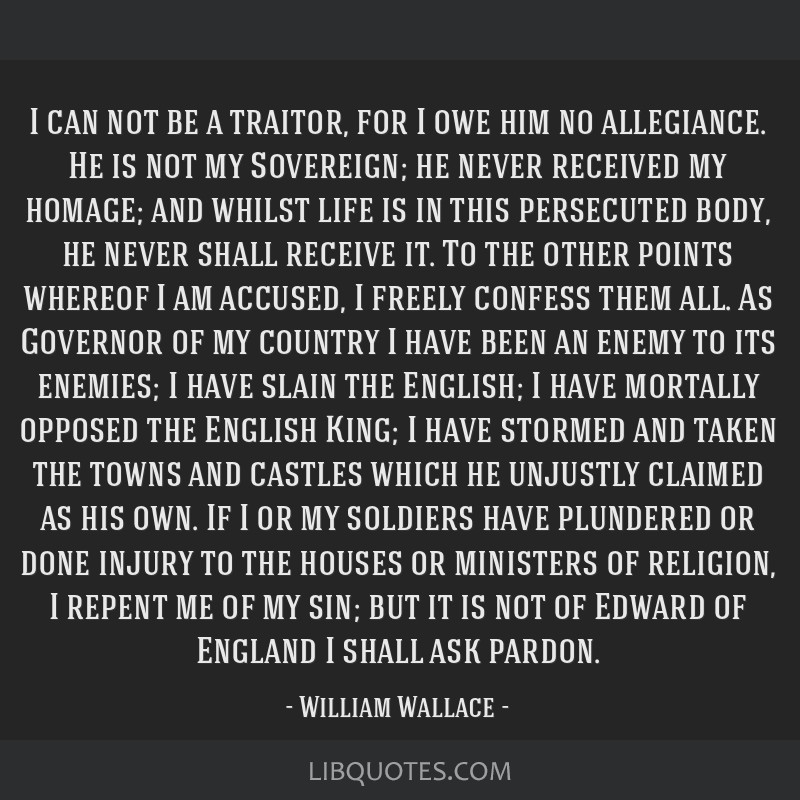