He was, however, speaking to a representative of government, the police. And it is to government that one goes 'for a redress of grievances,' to use an almost forgotten phrase of the First Amendment. But it is said that the purpose was 'to cause inconvenience and annoyance.' Since when have we Americans been expected to bow submissively to authority and speak with awe and reverence to those who represent us? The constitutional theory is that we the people are the sovereigns, the state and federal officials only our agents. We who have the final word can speak softly or angrily. We can seek to challenge and annoy, as we need not stay docile and quiet. 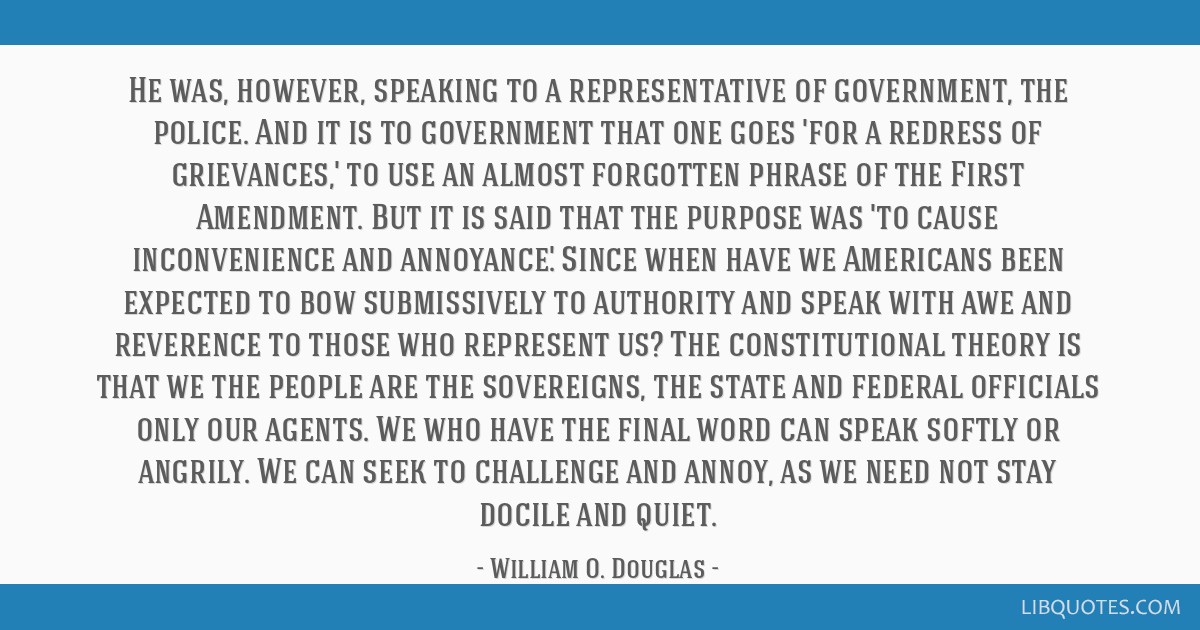 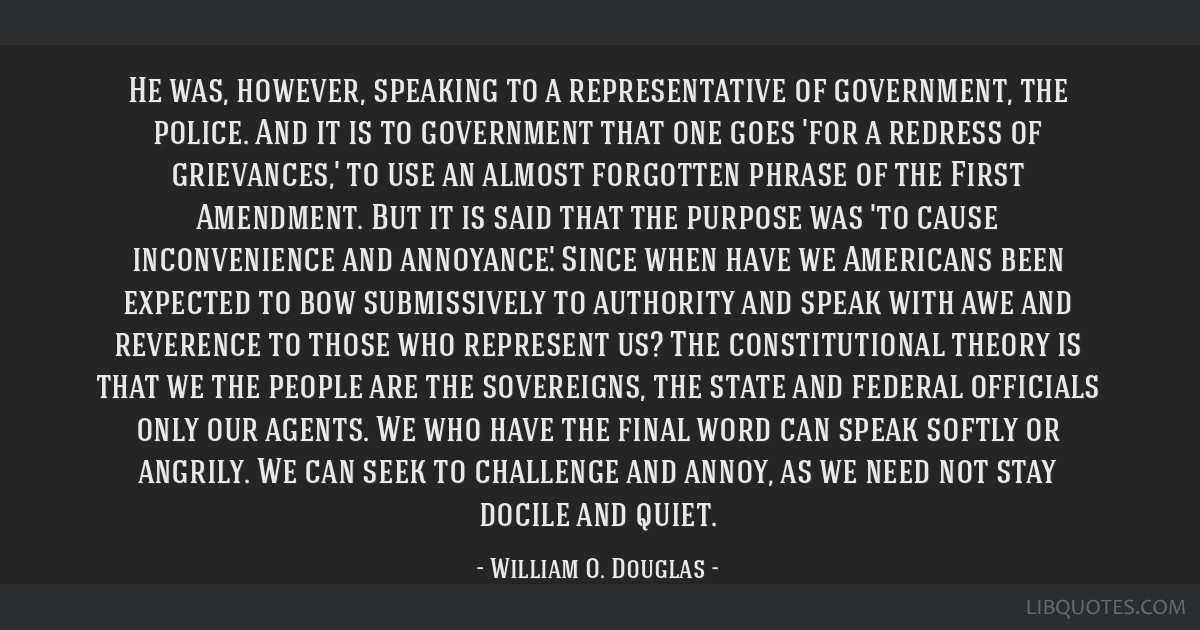 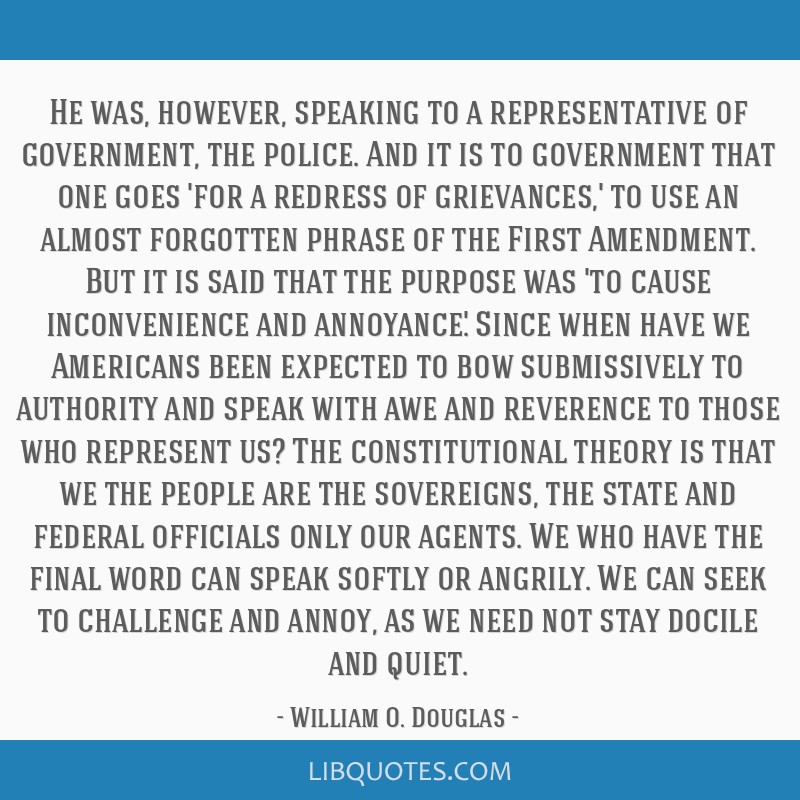 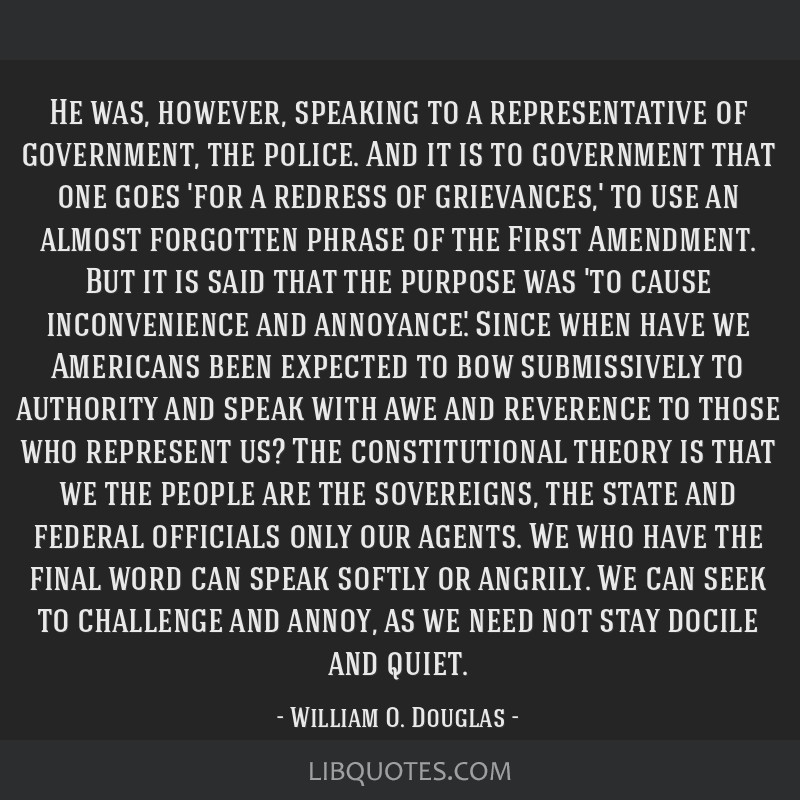 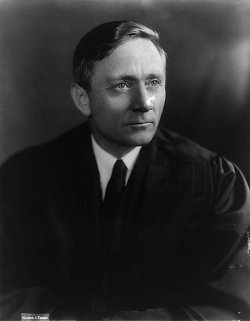