It looks like a poached egg—we can't make that.

As reported in: The motor men: pioneers of the British car industry (Quiller, 1989), p. 84: "The car first ran in 1947 and when Nuffield saw his new Morris Minor for the first time, Issigonis reported 'he was furious. He called it a poached egg, and everything under the sun, and walked out.'" 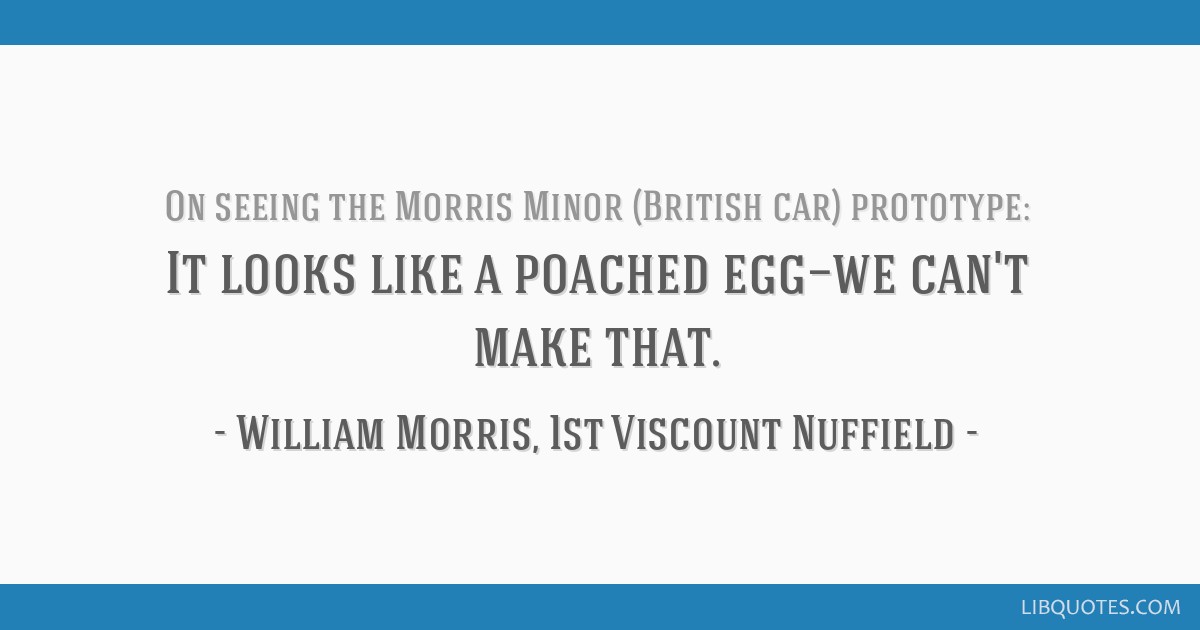 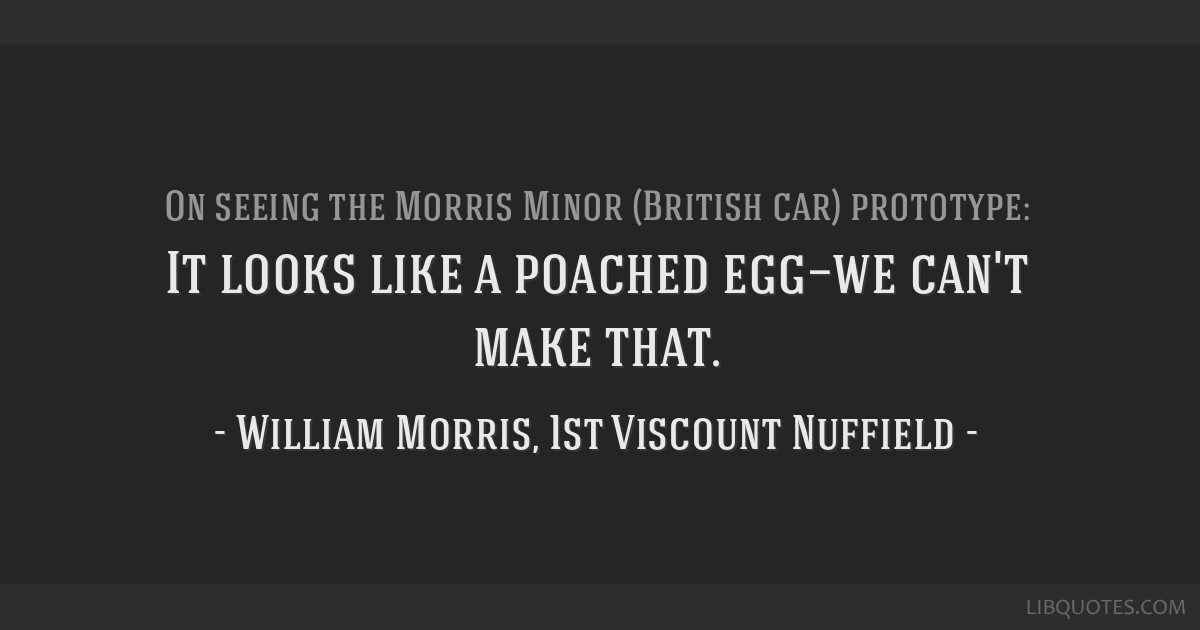 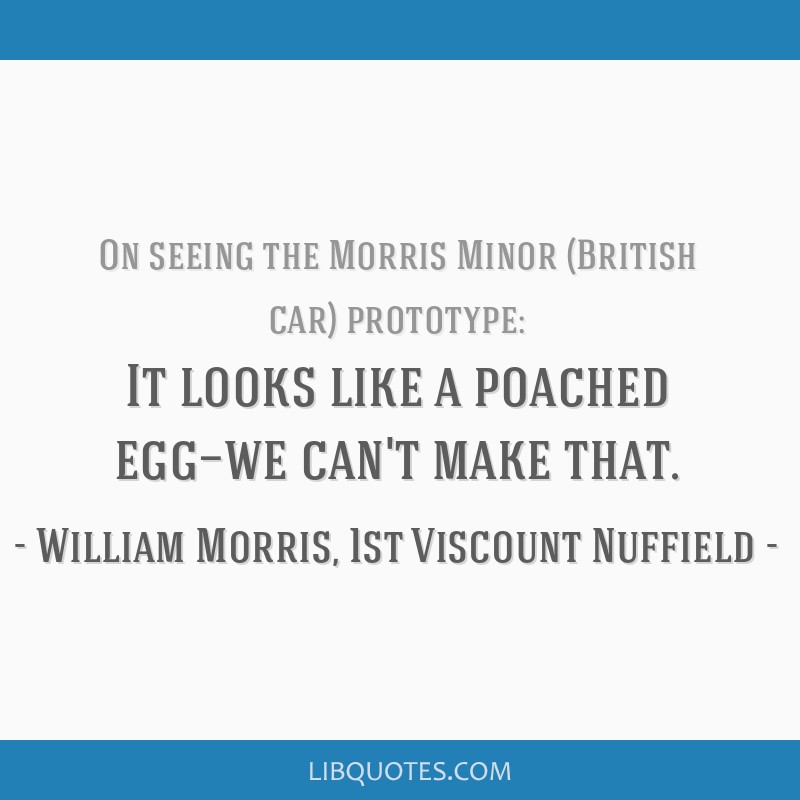 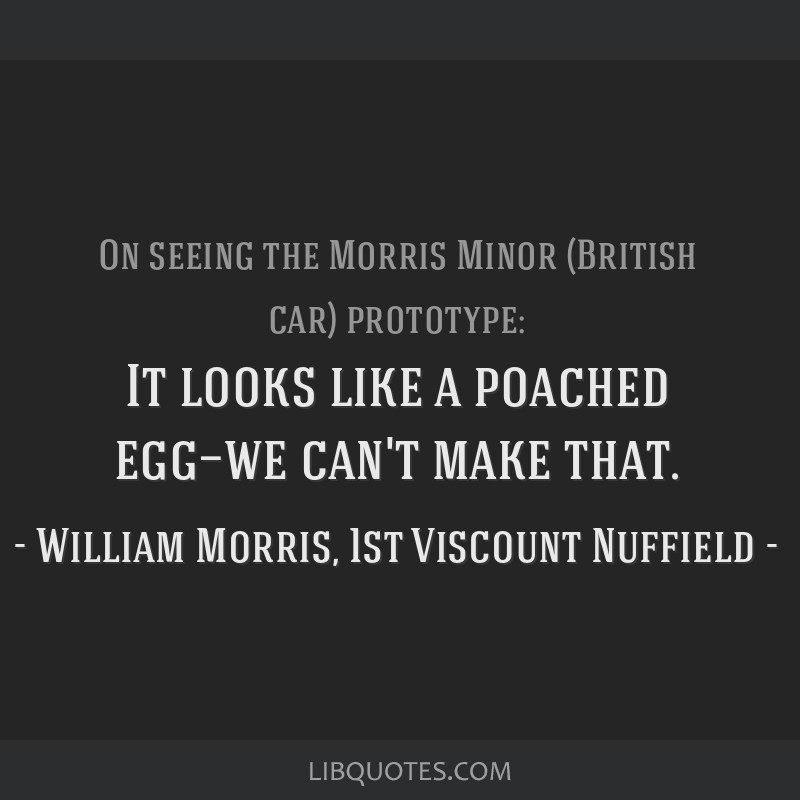