Bill Clinton said in his Portland State University speech that anyone who doesn't want America to become darker is "un-American." Isn't that something? This jerk who used to organize anti-American demonstrations during the Vietnam war and chant, "Ho, Ho, Ho Chih Minh, the Viet Cong's gonna win," is now telling us that we're "un-American"!

Thinking About a White Future, 1998 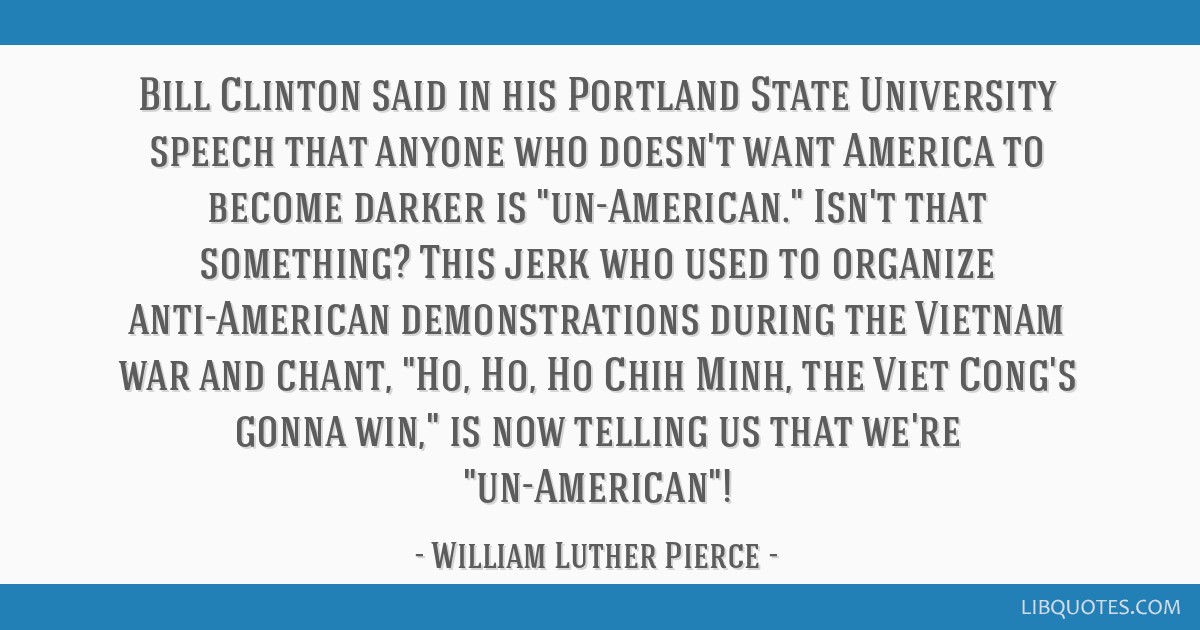 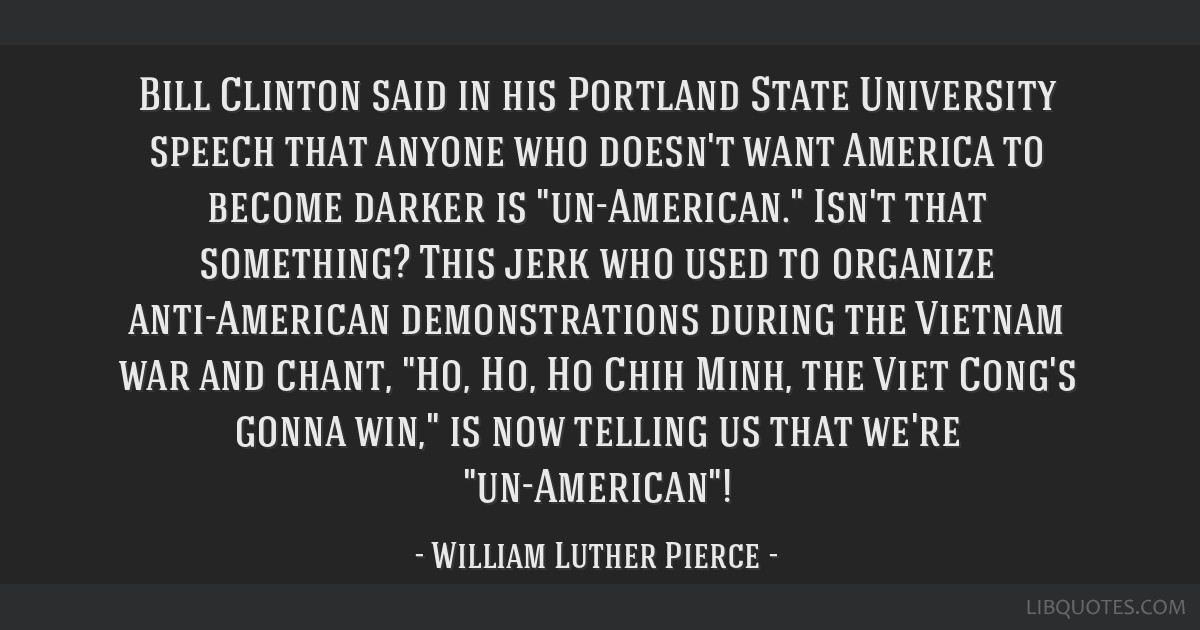 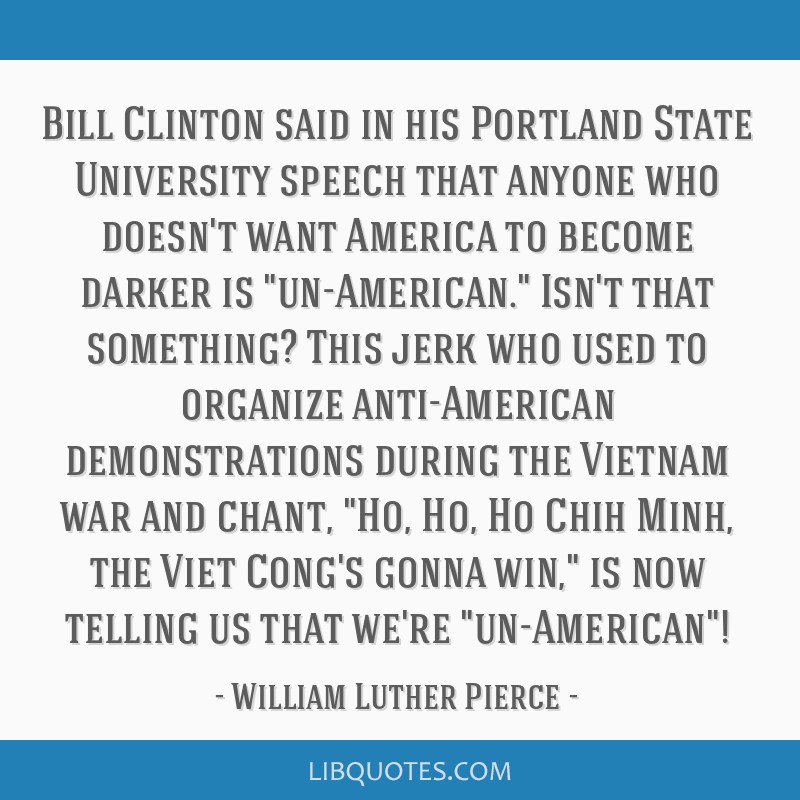 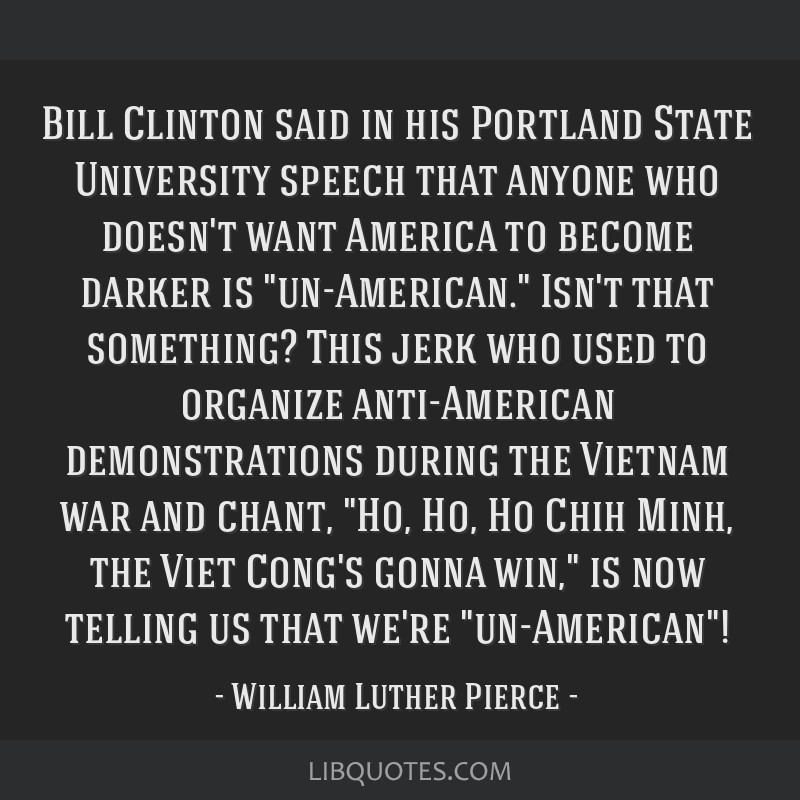 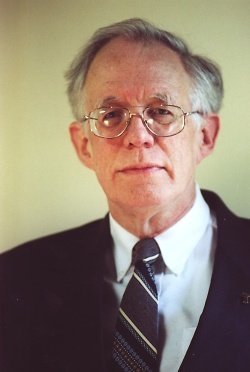