Mathematics may distort, but can never rectify, the mind.

William Hamilton
May not subterraneous fire be considered as the great plough (if I may be allowed the expression) which Nature makes use of to turn up the bowels of the earth?

William Hamilton
It is the highest compliment to the ingenuity of a Pascal, a Leibnitz, and a Babbage, in their invention of the arithmetical machine, that there would not be required, in those who use it, more than the dexterity of a turnspit.

William Hamilton
Mathematics have from the first been triumphant over the husk; Philosophy is still militant for the kernel.

William Hamilton
Mathematics afford us no assistance, either in conquering the difficulties, or in avoiding the dangers which we encounter in the great field of probabilities wherein we live and move.

William Hamilton
In mathematics, genus and species are hardly known. 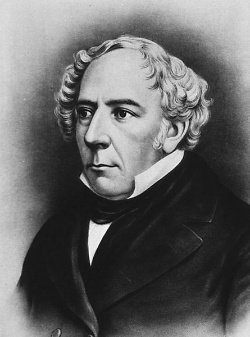 Creative Commons
Born: March 8, 1788
Died: May 6, 1856 (aged 68)
Bio: Sir William Hamilton, 9th Baronet was a Scottish metaphysician. He is often referred to as William Stirling Hamilton of Preston, in reference to his mother, Elizabeth Stirling.
Known for: