Justice? You get justice in the next world, in this world you have the law.

William Gaddis
What's any artist, but the dregs of his work? the human shambles that follows it around. What's left of the man when the work's done but a shambles of apology.

William Gaddis
How real is any of the past, being every moment revalued to make the present possible...

William Gaddis
That was Youth with its reckless exuberance when all things were possible pursued by Age where we are now, looking back at what we destroyed, what we tore away from that self who could do more, and its work that's become my enemy because that's what I can tell you about, that Youth who could do anything.

William Gaddis
Everybody has that feeling when they look at a work of art and it's right, that sudden familiarity, a sort of...recognition, as though they were creating it themselves, as though it were being created through them while they look at it or listen to it...

William Gaddis
What is it they want from a man that they didn't get from the work? What do they expect? What is there left of him when he's done his work? What's any artist but the dregs of his work? the human shambles that follows it around.

William Gaddis
We're comic. We're all comics. We live in a comic time. And the worse it gets the more comic we are.

William Gaddis
He walked out into the cold morning asking himself this heretical question: Can you start measuring a minute at any instant you wish?

William Gaddis
I mean why should somebody go steal and break the law to get all they can when there's always some law where you can be legal and get it all anyway!

William Gaddis
I think writers work from their own energies, their own concepts. I don't think there is any influence among us.

William Gaddis
Say a word, say a thousand to me on the telephone and I shall choose the wrong one to cling to as though you had said it after long deliberation when only I provoked it from you, I will cling to it from among a thousand, to be provoked and hurl it back with something I mean no more than you meant that, something for you to cling to and retreat clinging to.

William Gaddis
There is nothing more distressing or tiresome than a writer standing in front of an audience and reading his work.

William Gaddis
It is the bliss of childhood that we are being warped most when we know it the least.

William Gaddis
Tragedy was foresworn, in ritual denial of the ripe knowledge that we are drawing away from one another, that we share only one thing, share the fear of belonging to another, or to others, or to God; love or money, tender equated in advertising and the world, where only money is currency, and under dead trees and brittle ornaments prehensile hands exchange forgeries of what the heart dare not surrender.

William Gaddis
Why do you treat me as they do, as though I were exactly what I want to be. Why do we treat people that way?

William Gaddis
Stupidity — and I don't mean ignorance — is a central issue of our time. 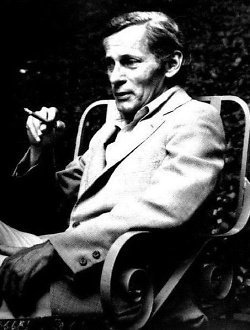