When grown people speak of the innocence of children, they don't really know what they mean. Pressed, they will go a step further and say, Well, ignorance then. The child is neither. There is no crime which a boy of eleven had not envisaged long ago. His only innocence is, he may not be old enough to desire the fruits of it, which is not innocence but appetite; his ignorance is, he does not know how to commit it, which is not ignorance but size. But Boon didn't know this. He must seduce me. And he had so little time: only from the time the train left until dark. 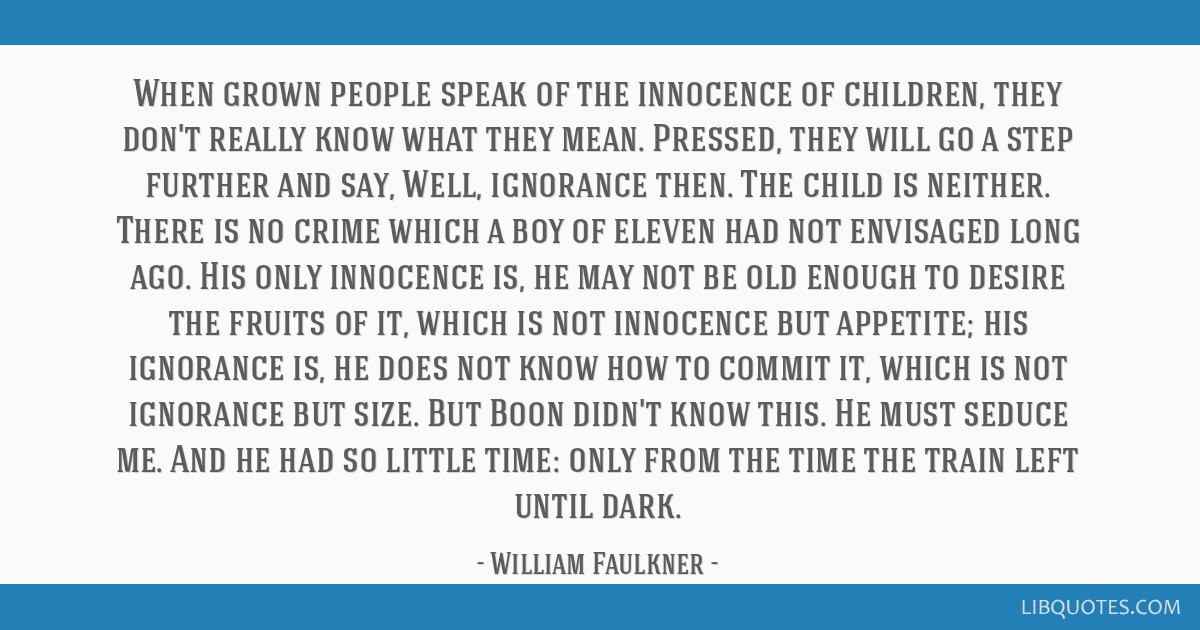 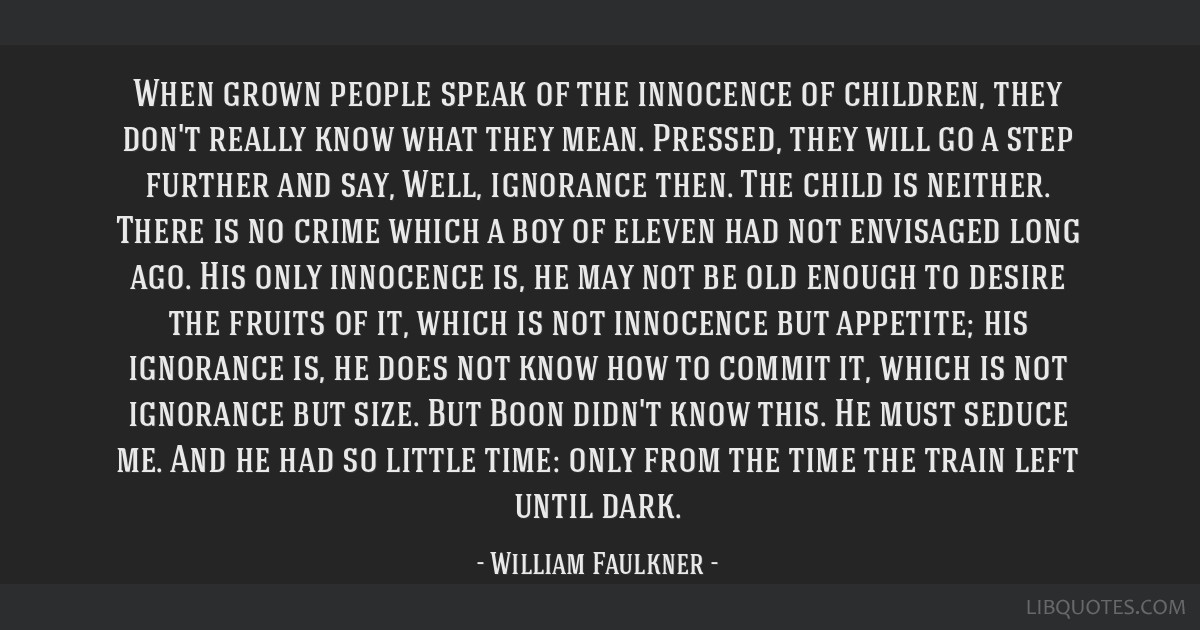 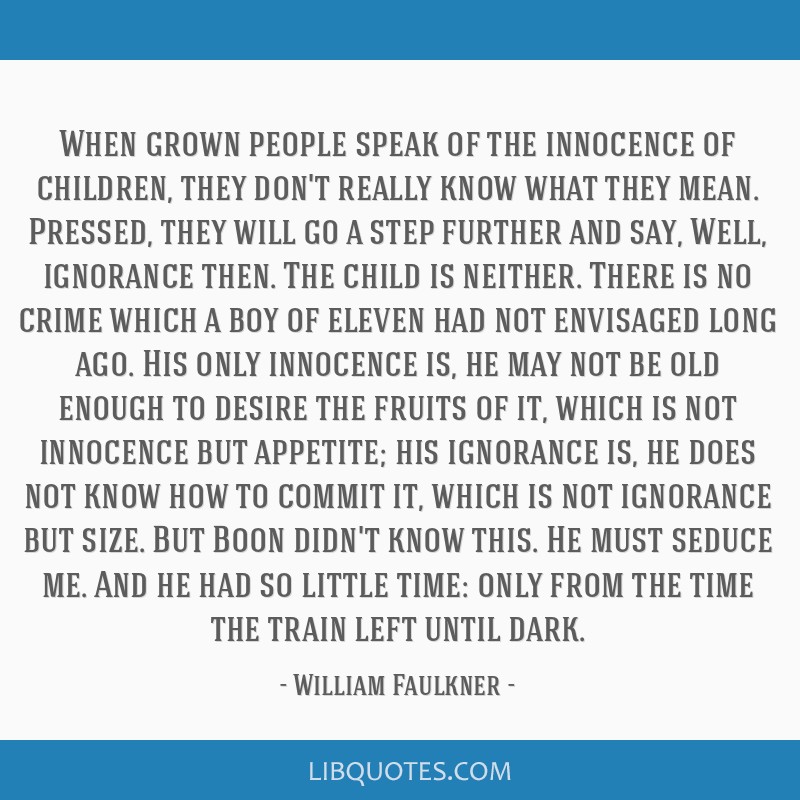 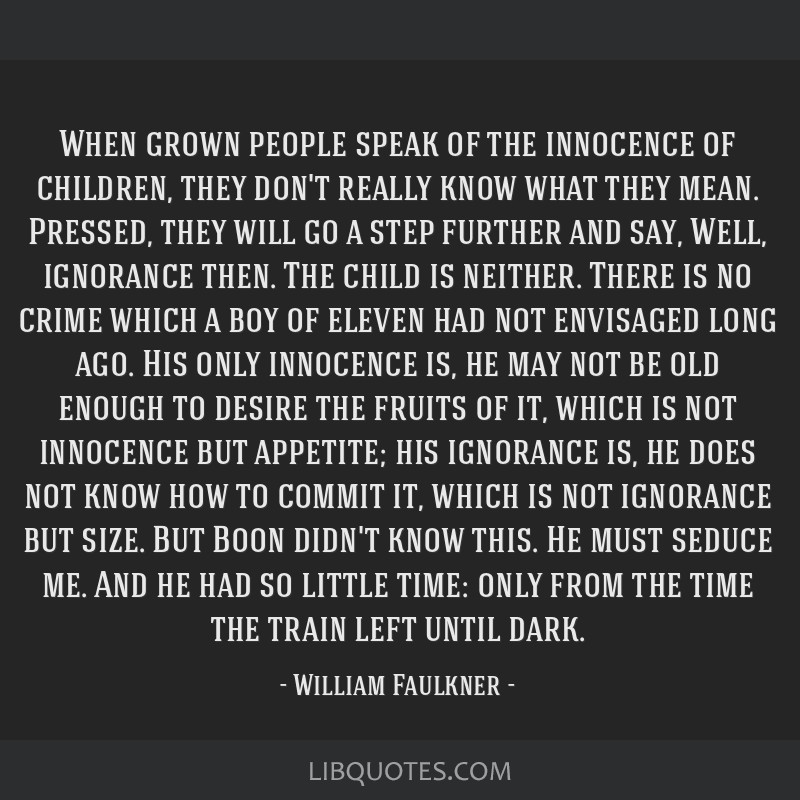 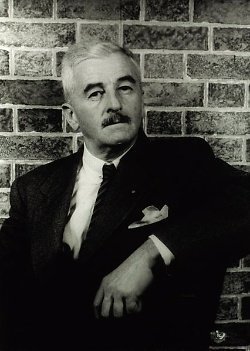