All the several pleas and excuses, which protect the committer of a forbidden act from the punishment which is otherwise annexed thereto, may be reduced to this single consideration, the want or defect of will. An involuntary act, as it has no claim to merit, so neither can it induce any guilt: the concurrence of the will, when it has its choice either to do or to avoid the fact in question, being the only thing that renders human actions either praiseworthy or culpable. Indeed, to make a complete crime, cognizable by human laws, there must be both a will and an act.

Avalon Project - Blackstone's Commentaries on the Laws of England - Book the Fourth - Chapter the Second : Of the Persons Capable of Committing Crimes[avalon.law.yale.edu] 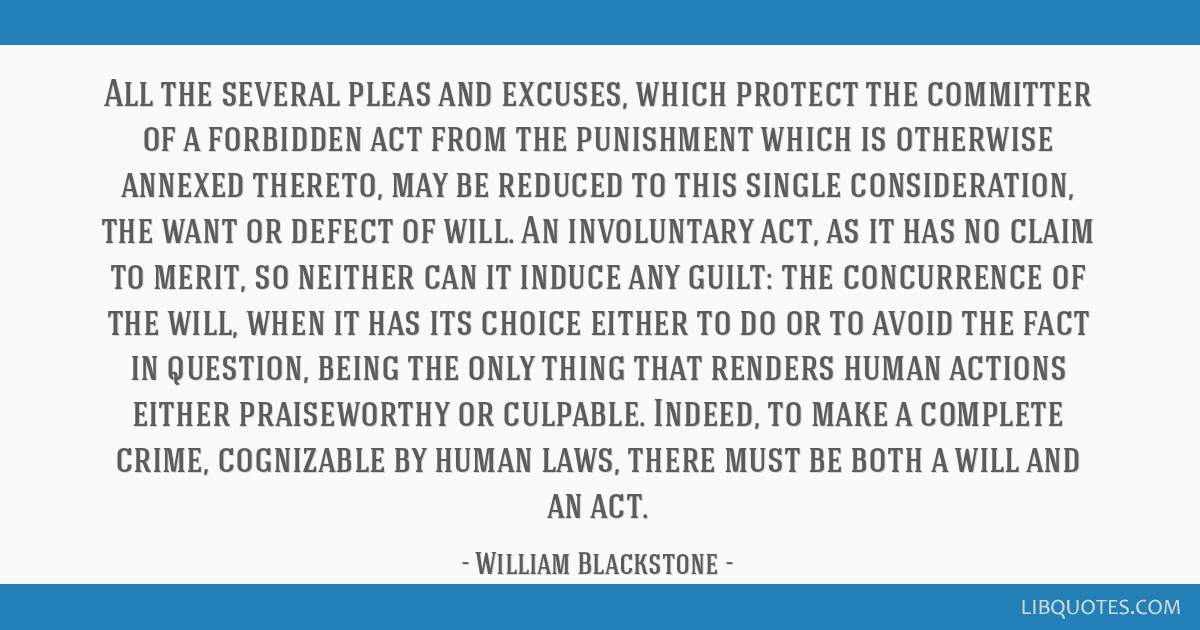 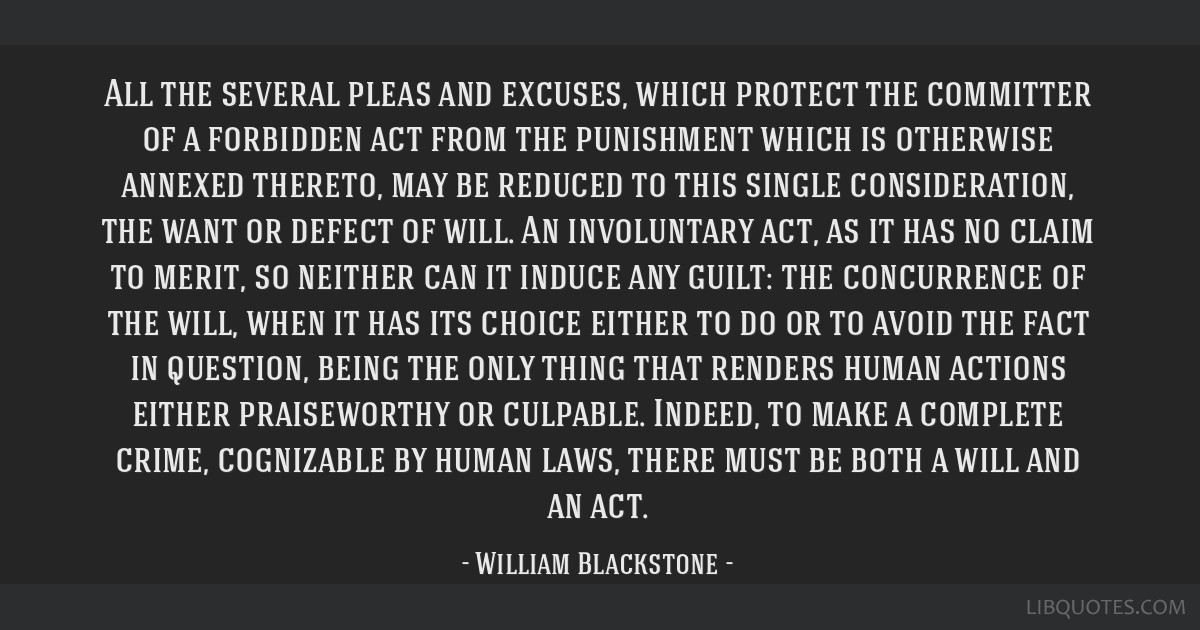 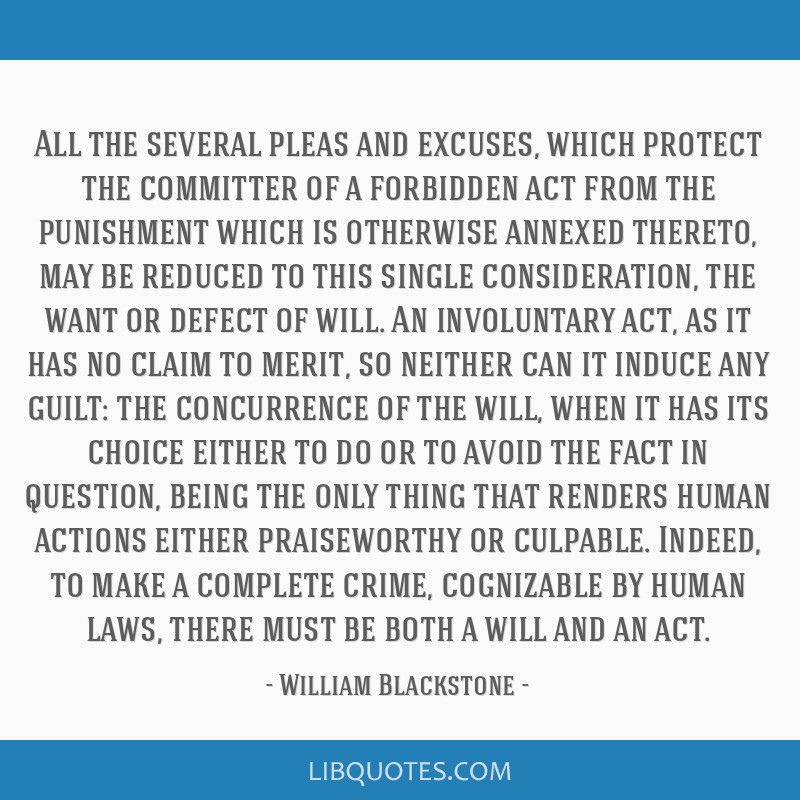 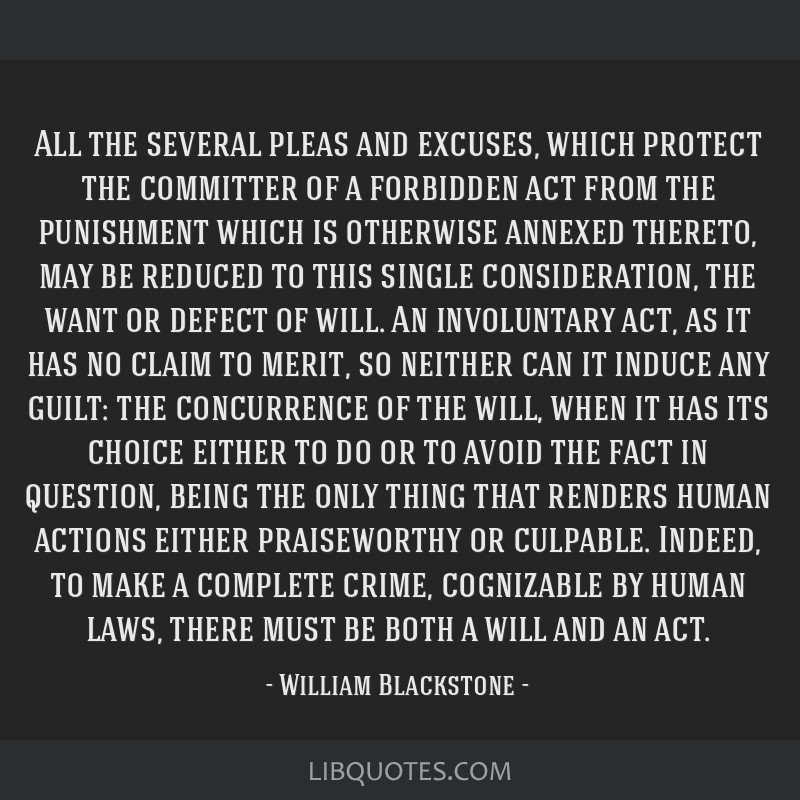 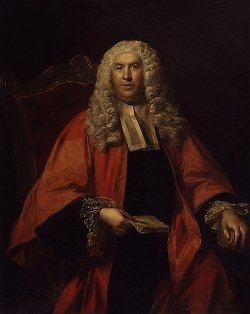