I well remember receiving from one of the most earnest of my seniors the friendly warning that it was waste of time to study variation, for "Darwin had swept the field." Parenthetically we may notice that though scientific opinion in general became rapidly converted to the doctrine of pure selection, there was one remarkable exception. Systematists for the most part kept aloof. Everyone was convinced that natural selection operating in a continuously varying population was a sufficient account of the origin of species except the one class of scientific workers whose labours familiarised them with the phenomenon of specific difference. From that time the systematists became, as they still in great measure remain, a class apart. 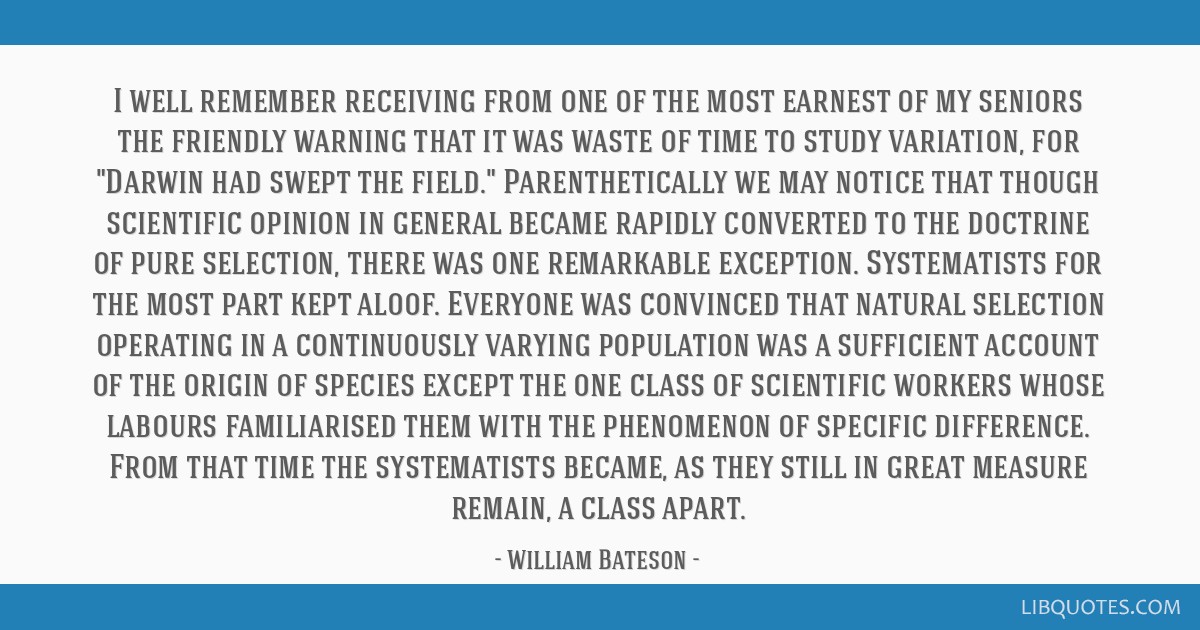 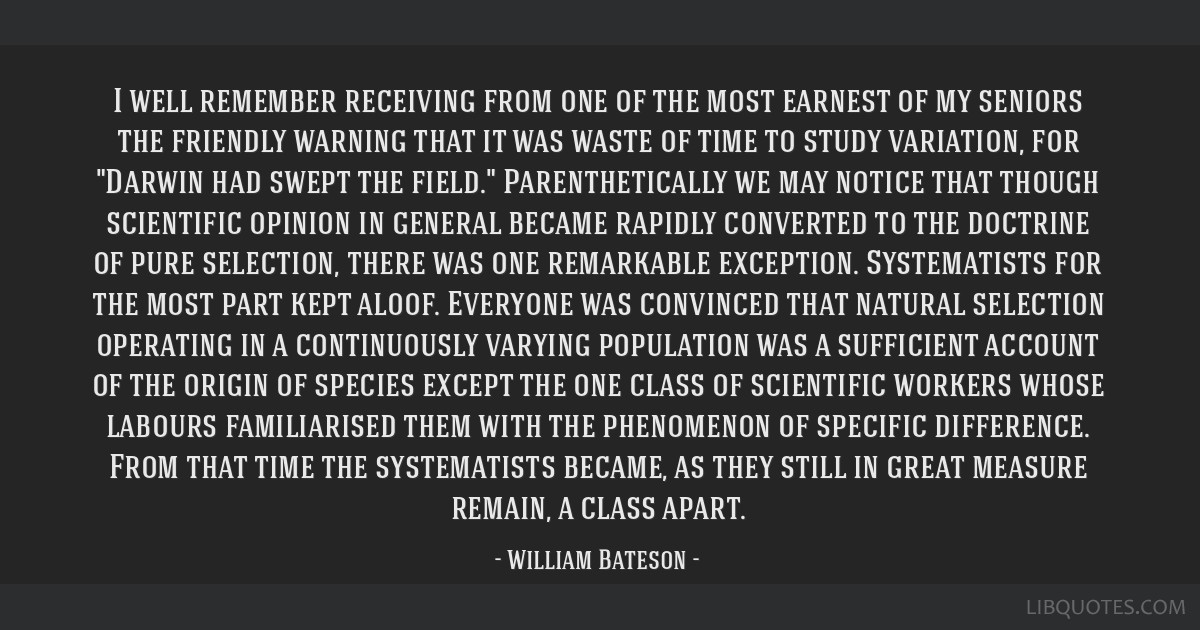 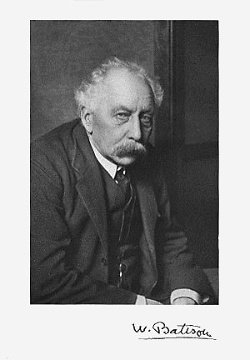