All the Jews needed to be expelled from the press, none of them could be allowed to work their poison in this way, one day I would see, on his restoration, what a pogrom there would then be, but of a different and more effective kind than all those in Galicia! 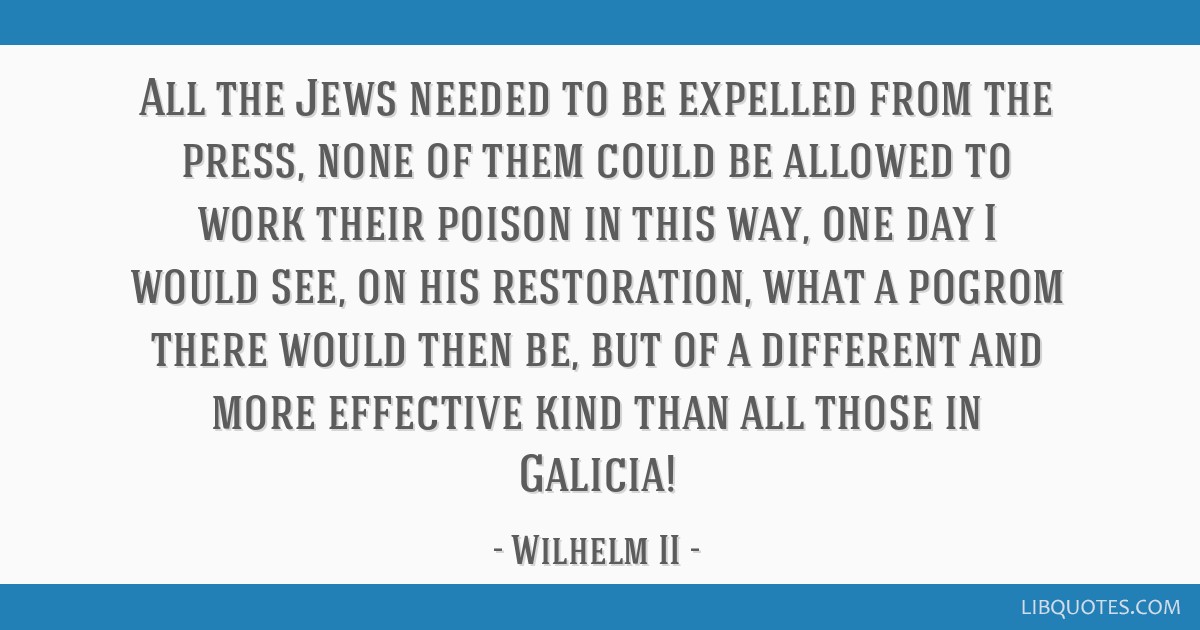 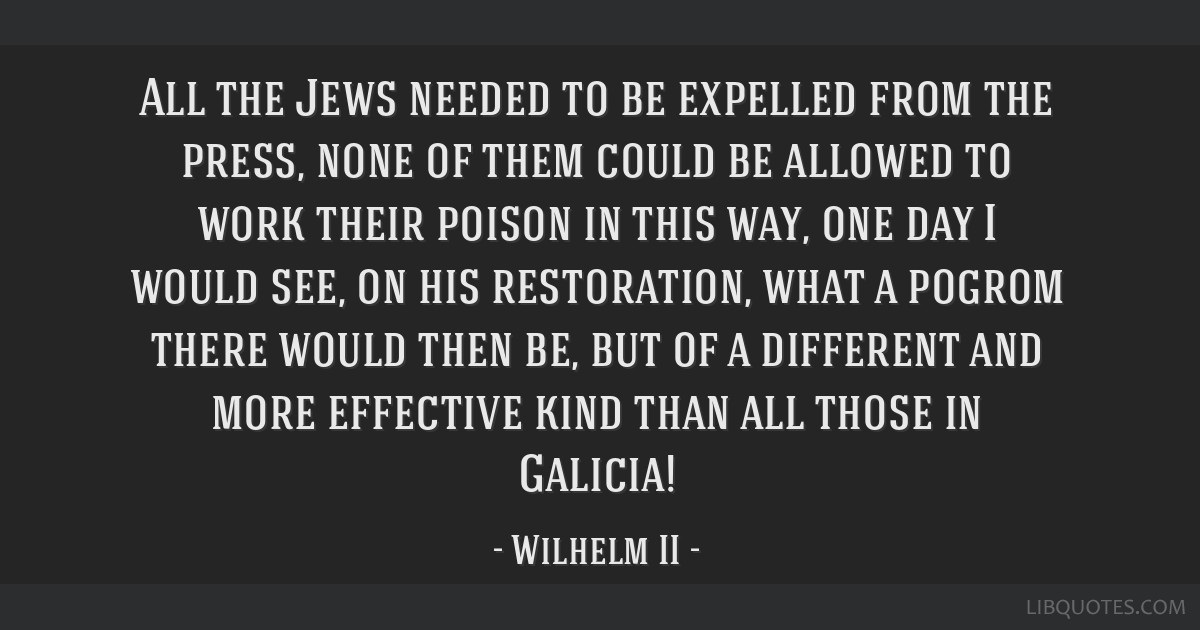 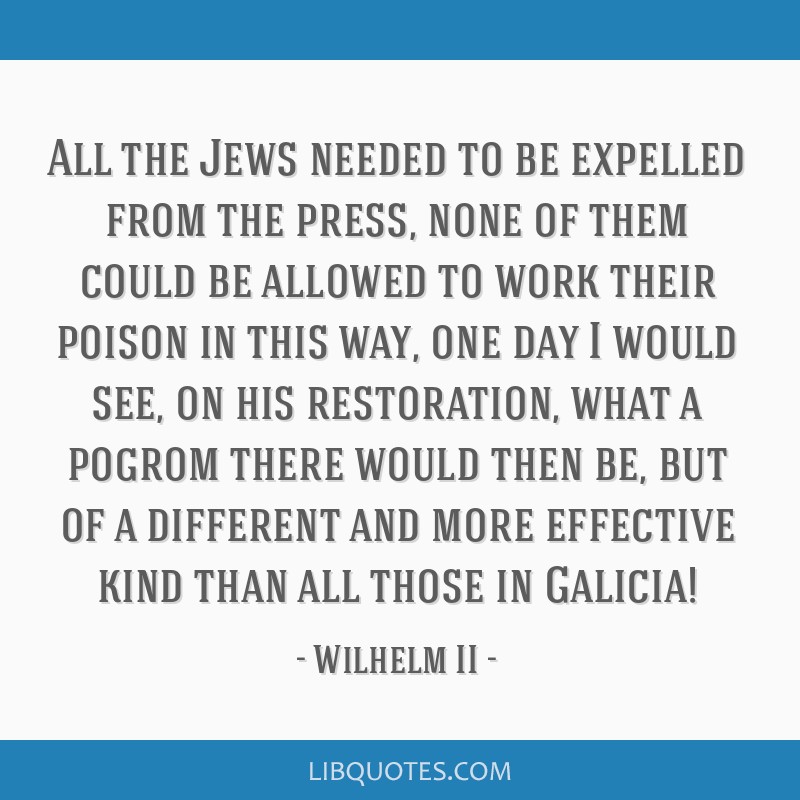 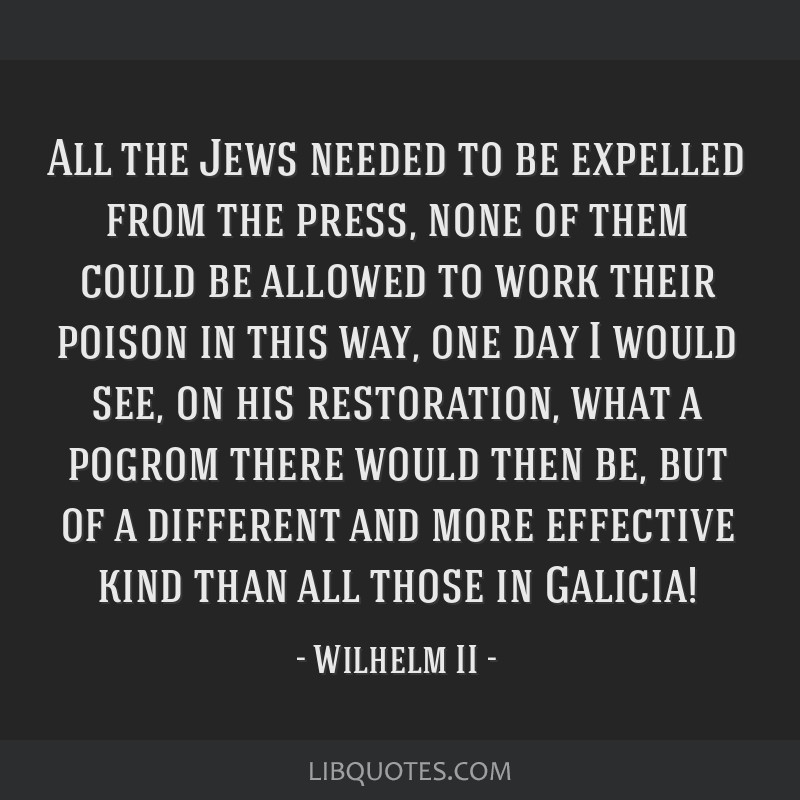