They [Jews] belong to the Coloured Races and not the European White Race... which they intend to enervate, subjugate and destroy! 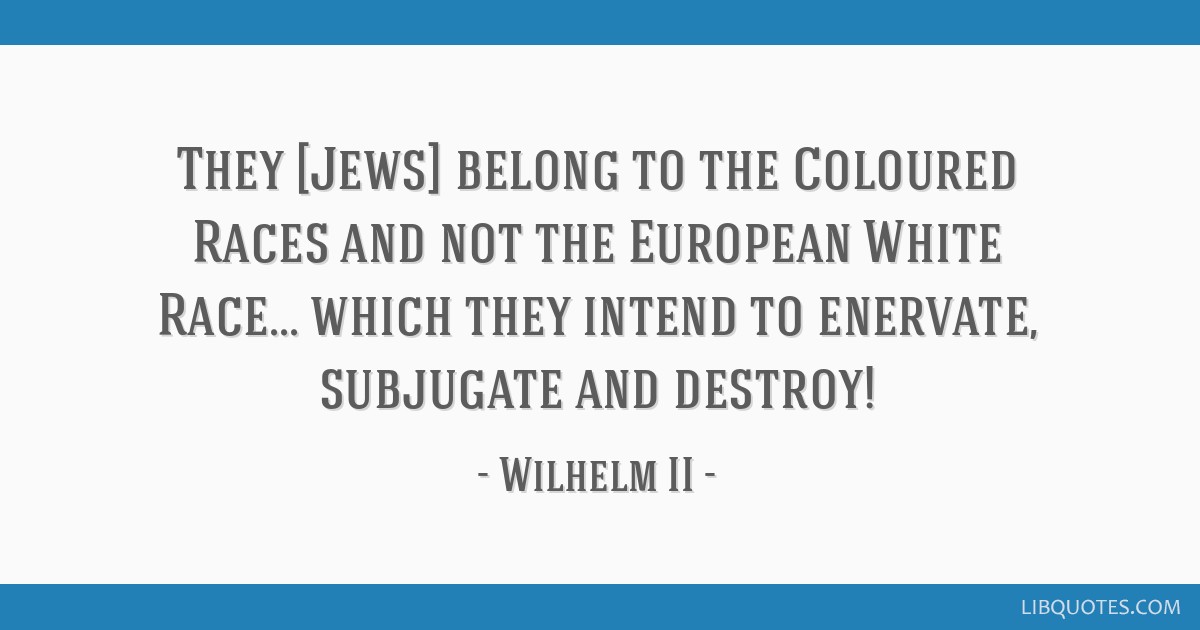 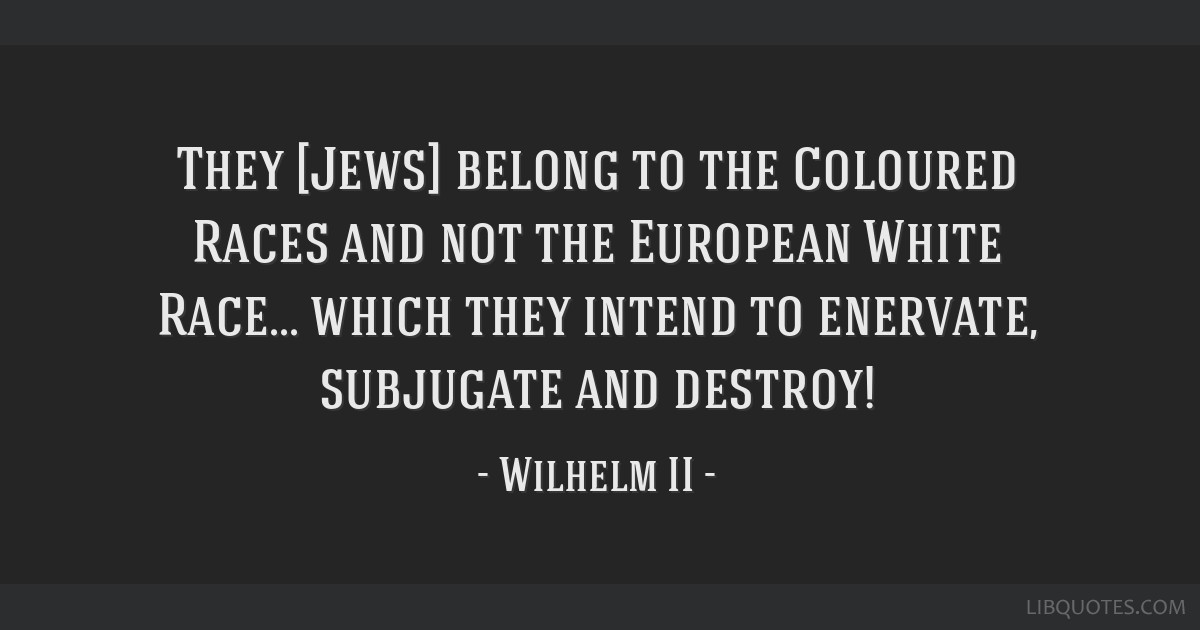 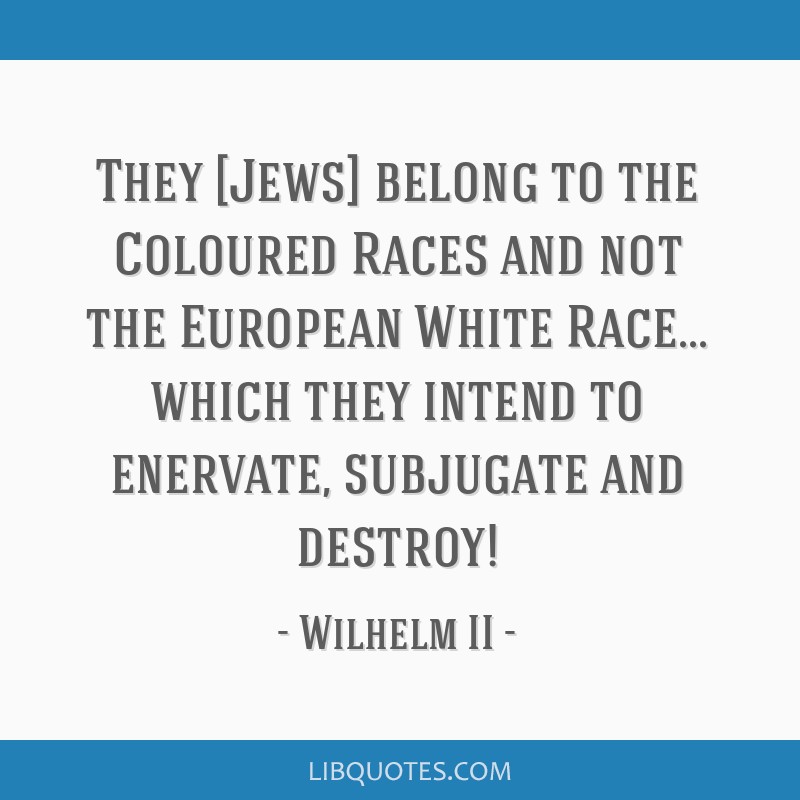 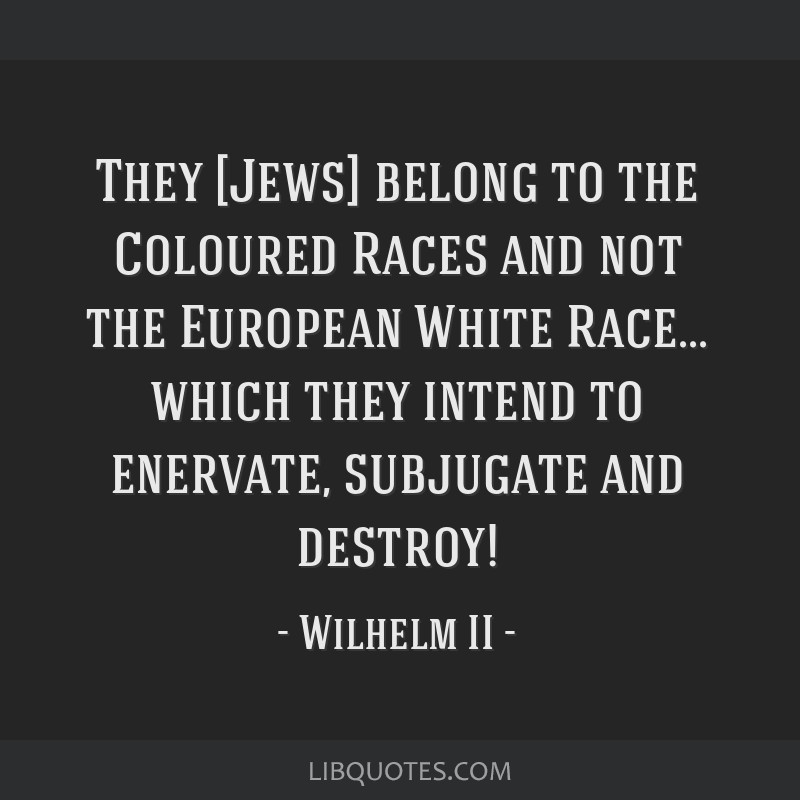