[The coming war is] the last battle between Teutons and Slavs [which would] find the Anglo-Saxons on the side of the Slavs and the Gauls...[England] wanted to forbid other Powers to defend their interests... with the sword. … England will undoubtedly stand behind France and Russia against Germany out of hatred and envy. The imminent struggle for existence which the Germanic peoples of Europe (Austria, Germany) will have to fight out against the Slavs (Russians) and their Latin (Gallic) supporters finds the Anglo-Saxons on the side of the Slavs. Reason: petty envy, fear of our growing big. 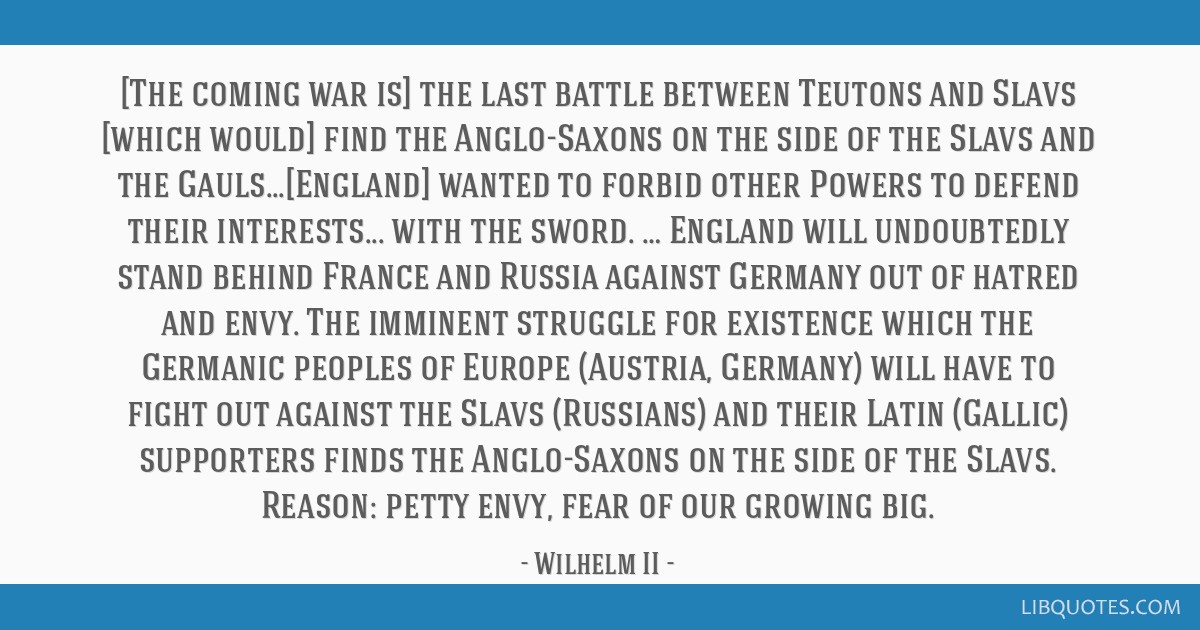 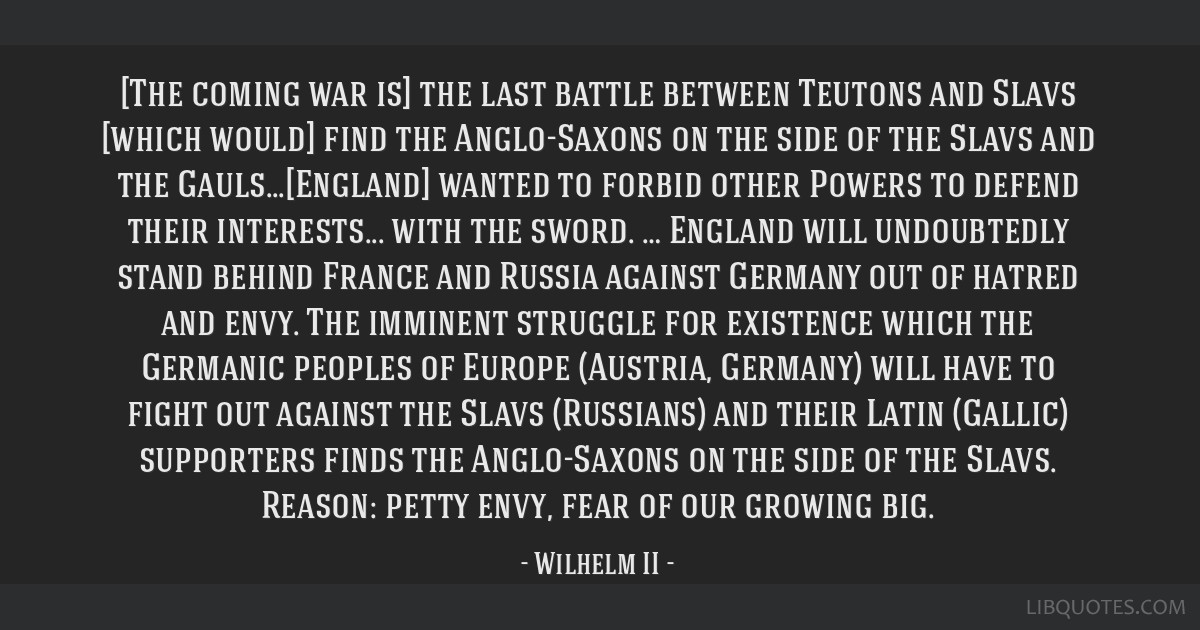 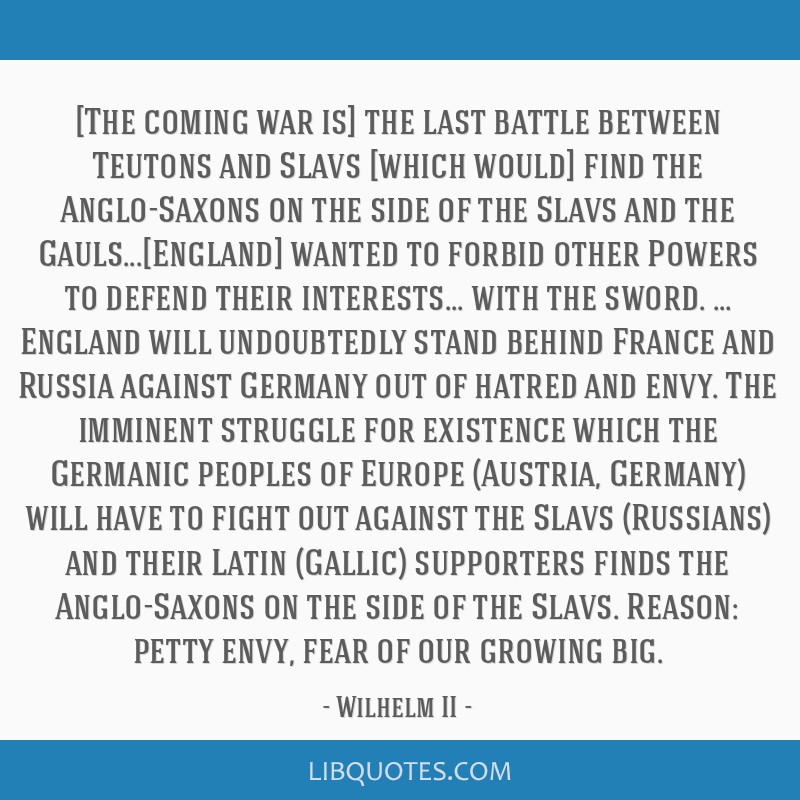 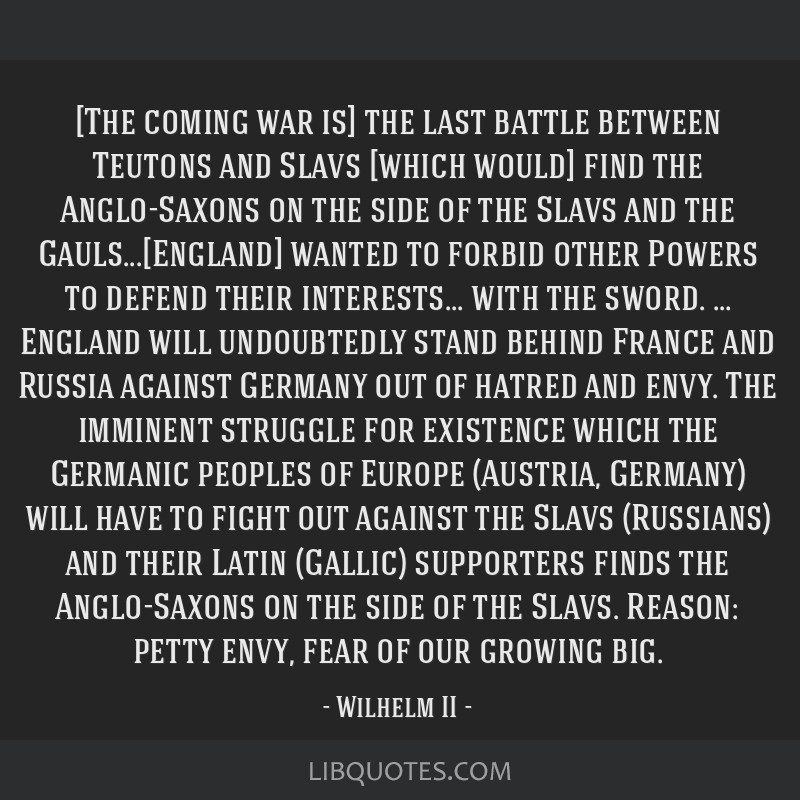