I repudiate these attacks on him... a German of the Germans... his honour so assailed. Who made this infamous attack upon our friend? Men who till now have been looked upon as Germans, but who henceforth are unworthy of that name. And these men come from the Reich's working classes, who owe so infinite a debt of gratitude to Krupp! 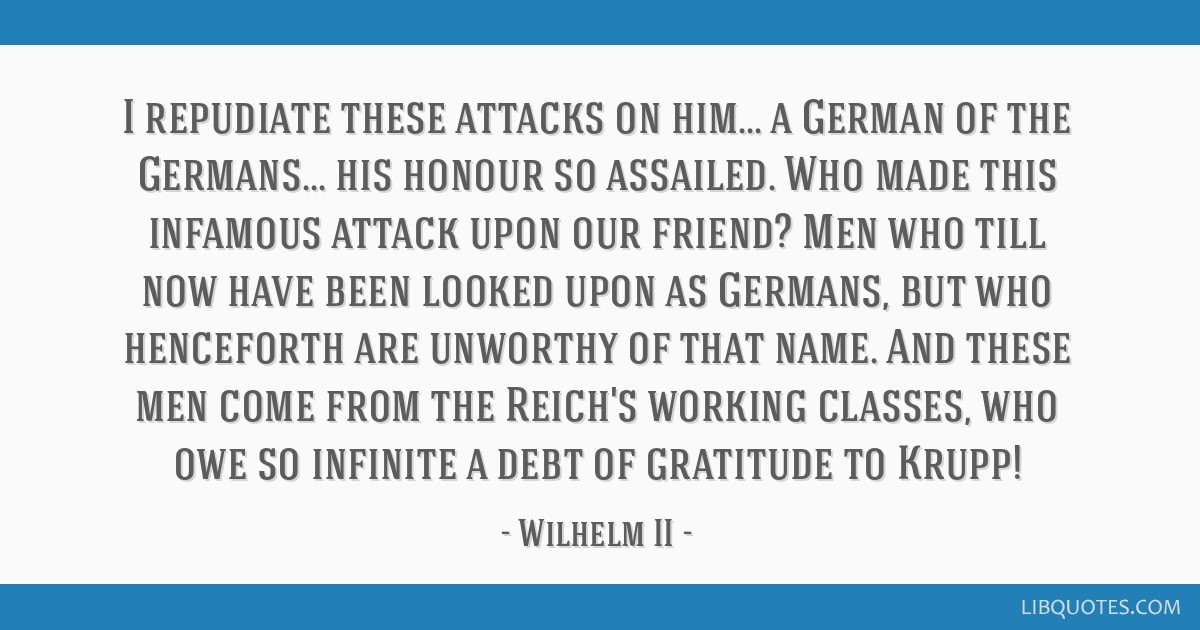 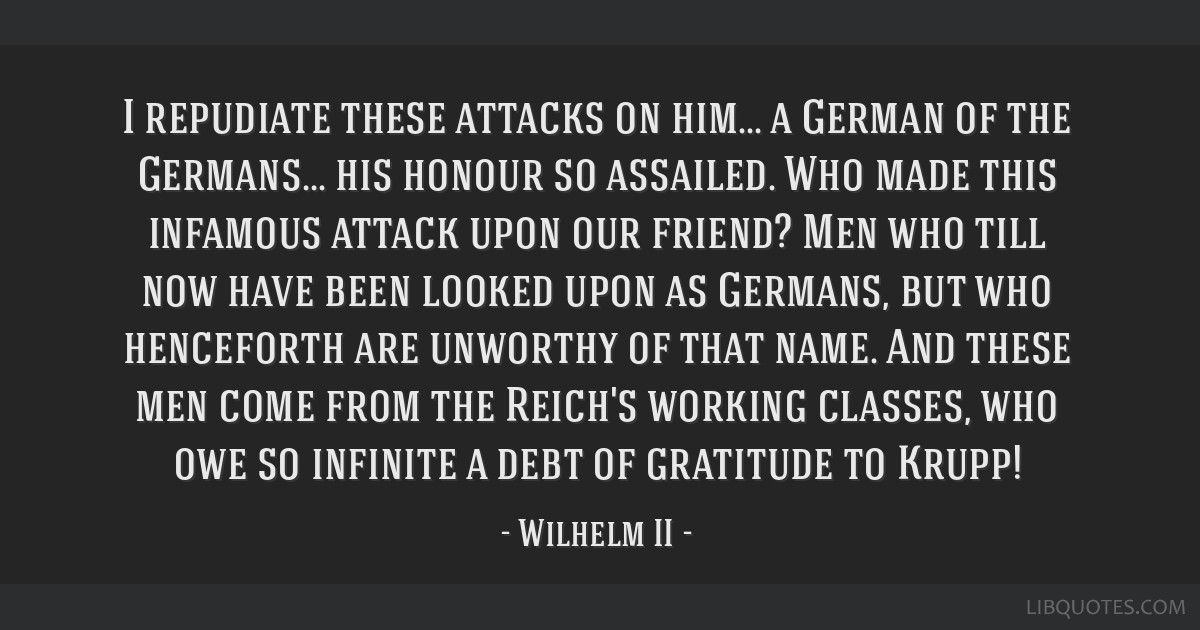 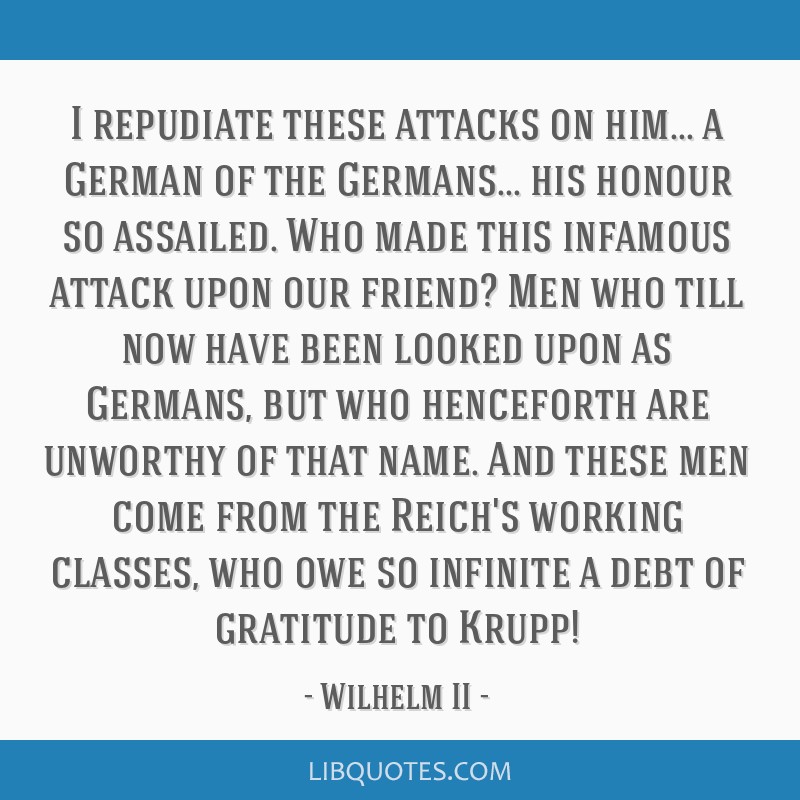 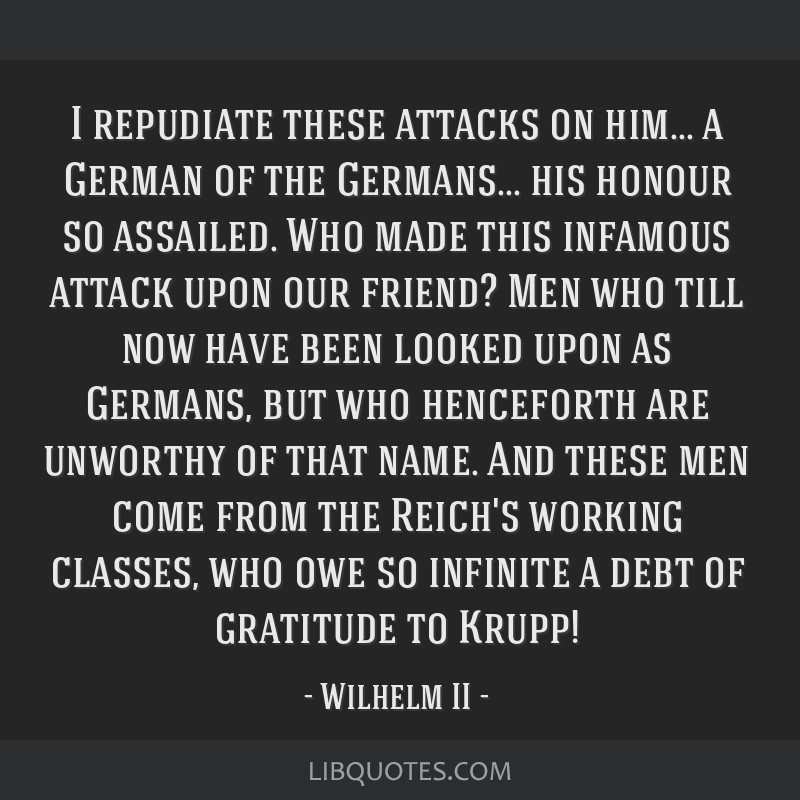