The deepest, most disgusting shame ever perpetrated by a people in history, the Germans have done onto themselves. Egged on and misled by the tribe of Juda whom they hated, who were guests among them! That was their thanks! Let no German ever forget this, nor rest until these parasites have been destroyed and exterminated from German soil! This poisonous mushroom on the German oak-tree! 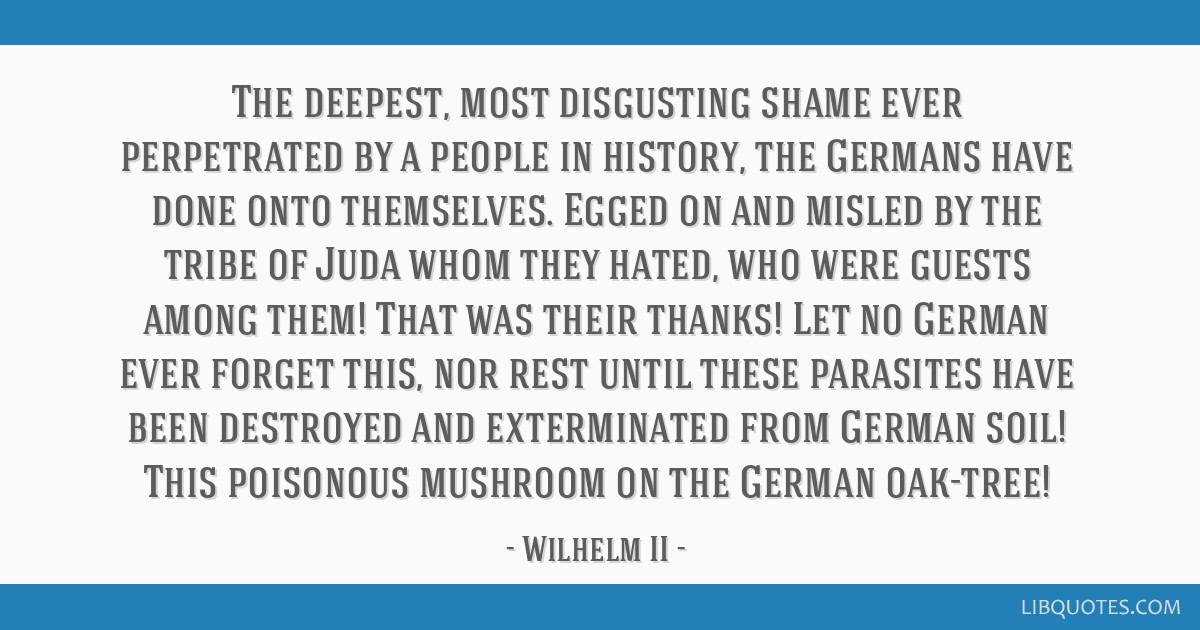 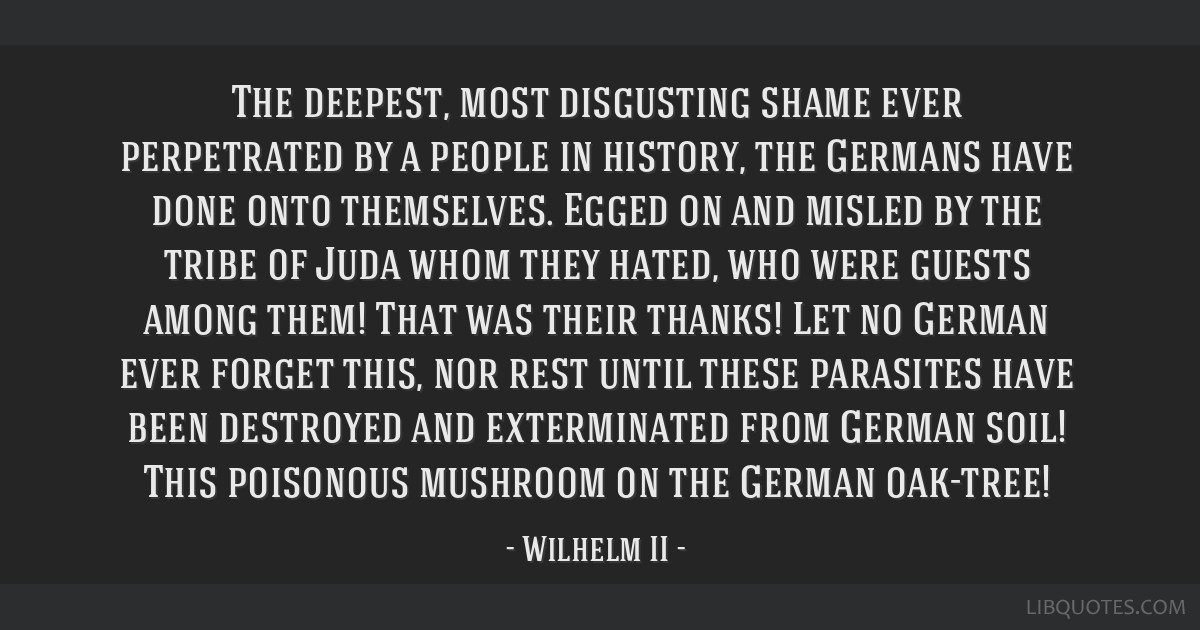 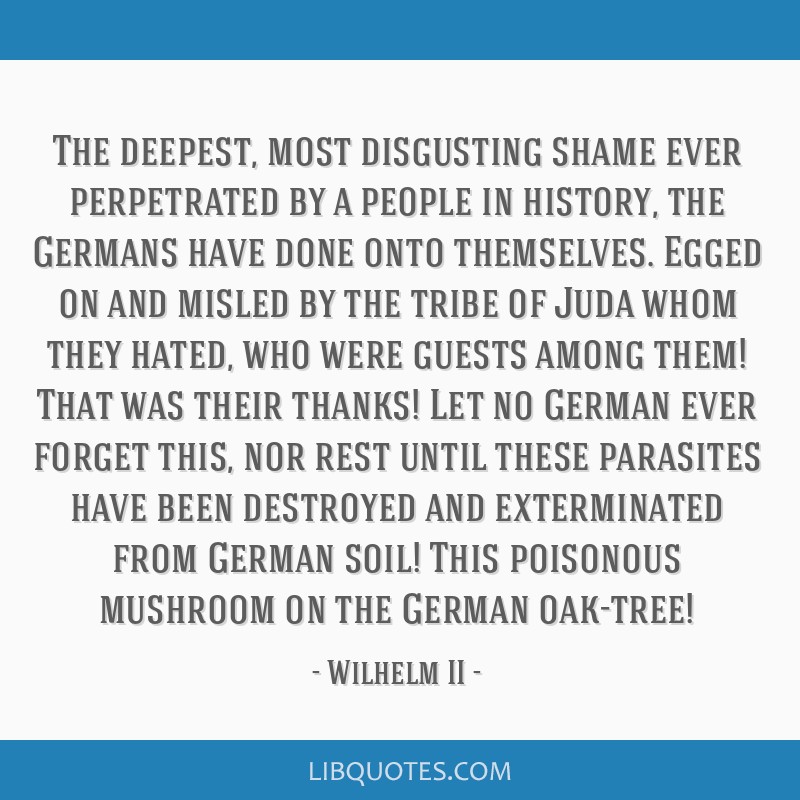 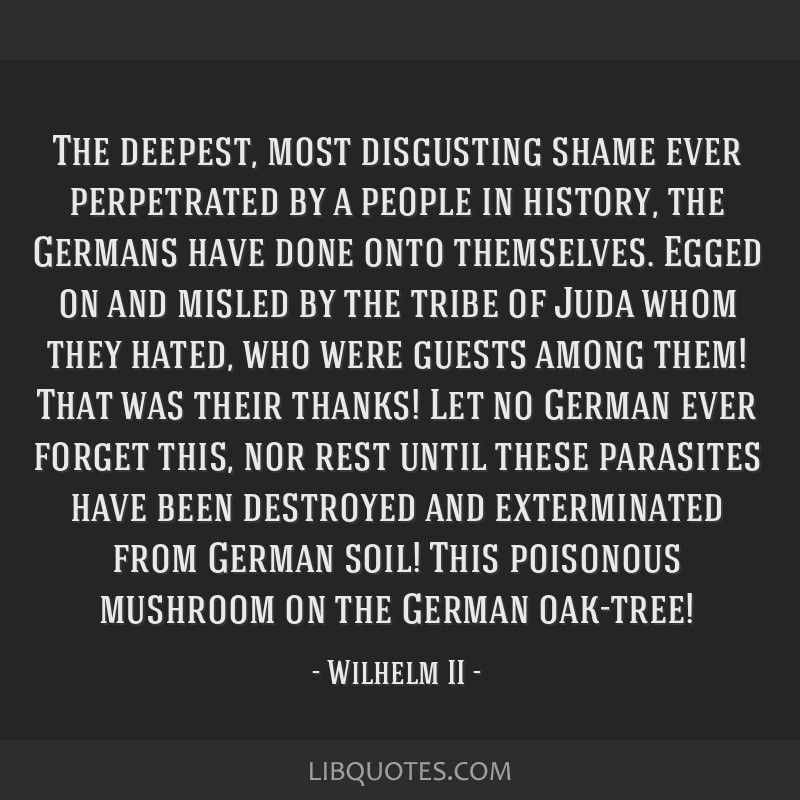