[The unavoidable] racial war, the war of Slavdom against Germandom...[in which the] Anglo-Saxons with whom we are related by common ancestry, religion and civilisatory striving, allow themselves to be used as tools of the Slavs... if this question... cannot be solved by diplomacy, then it will have to be decided by armed force. The solution can be postponed but the question will arise again in 1 or 2 years. The racial struggle cannot be avoided - perhaps it will not take place now, but it will probably take place in one or two years. 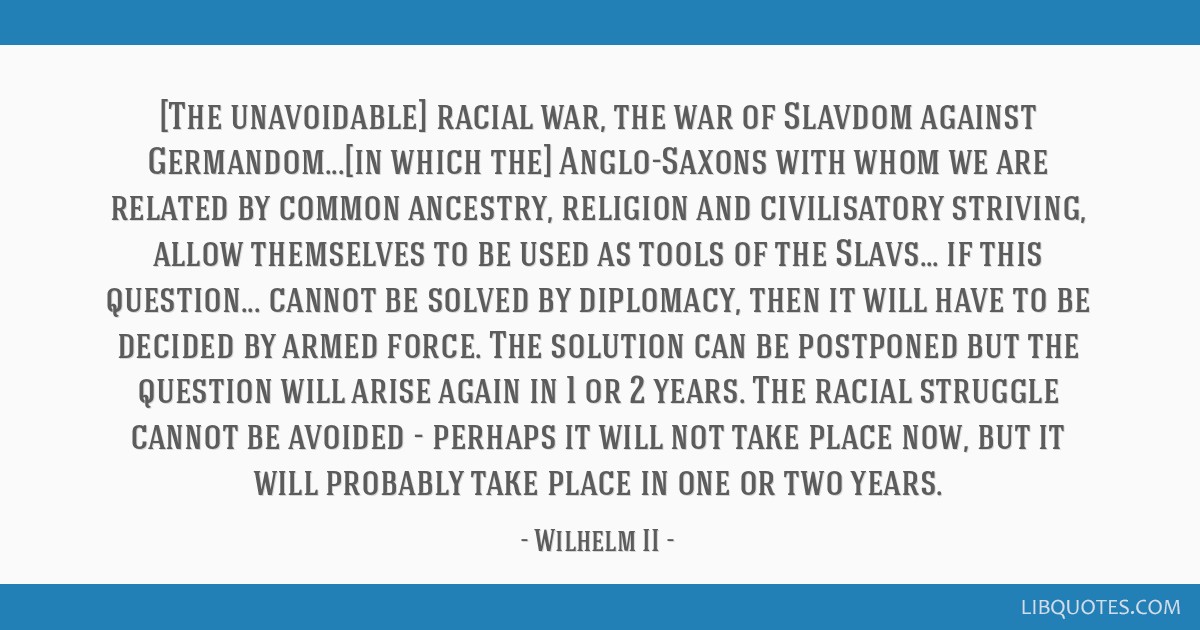 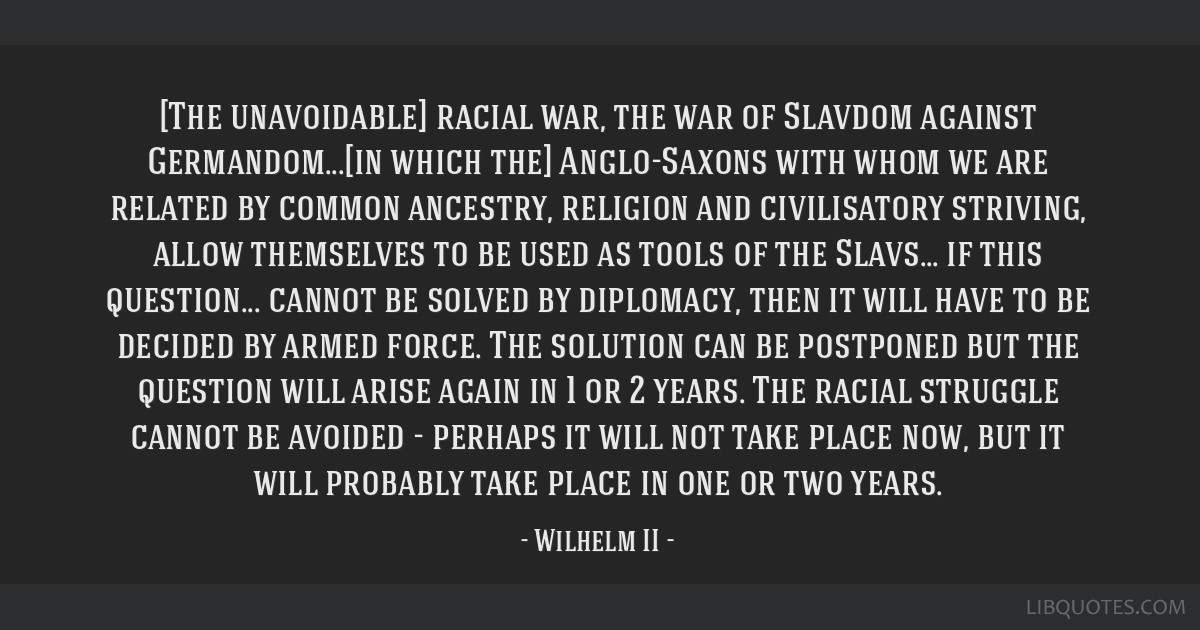 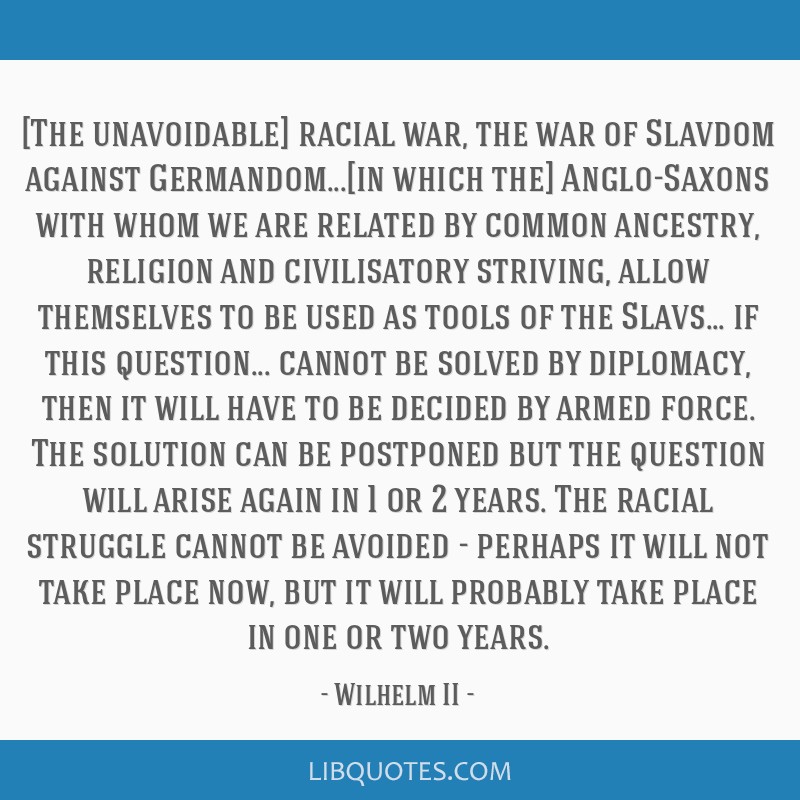 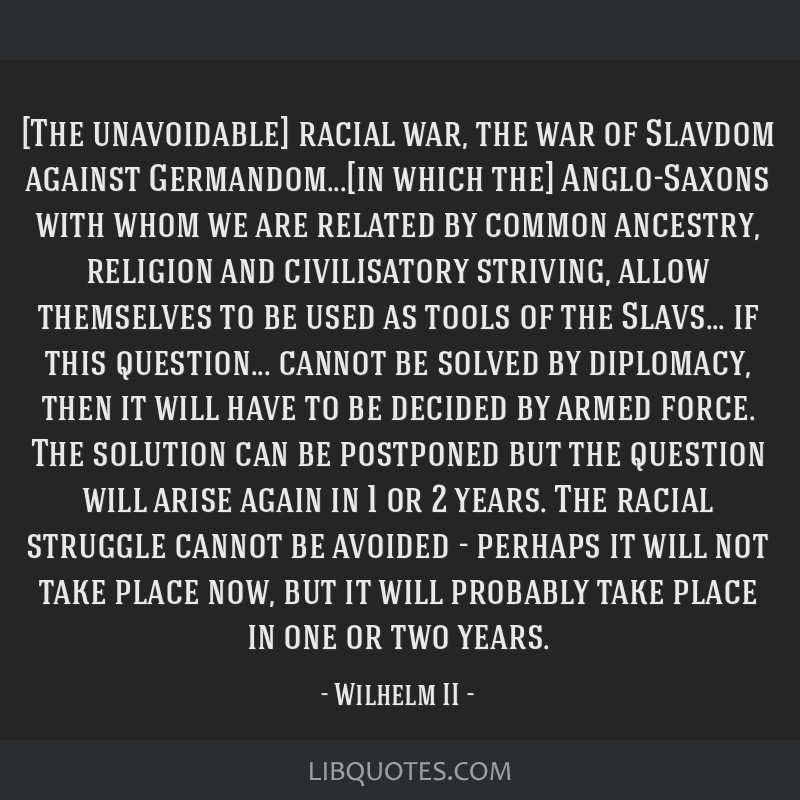