The deeper the insight we obtain into the mysterious workings of nature's forces... the more we are convinced that we are still standing in the vestibule of science; that an unexplored world still lies before us; and however much we may discover, we know not whether mankind will ever arrive at a full knowledge of nature.

Drawing is like making an expressive gesture with the advantage of permanence.
Henri Matisse 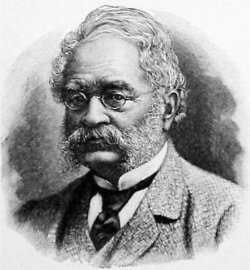 Creative Commons
Born: December 13, 1816
Died: December 6, 1892 (aged 75)
Bio: Ernst Werner Siemens was a German inventor and industrialist. Siemens’s name has been adopted as the SI unit of electrical conductance, the siemens. He was also the founder of the electrical and telecommunications company Siemens.
Known for: