[The probability wave] meant a tendency for something. It was a quantitative version of the old concept of "Potentia" in Aristotelian philosophy. It introduced something standing in the middle between the idea of an event and the actual event, a strange kind of physical reality just in the middle between possibility and reality. 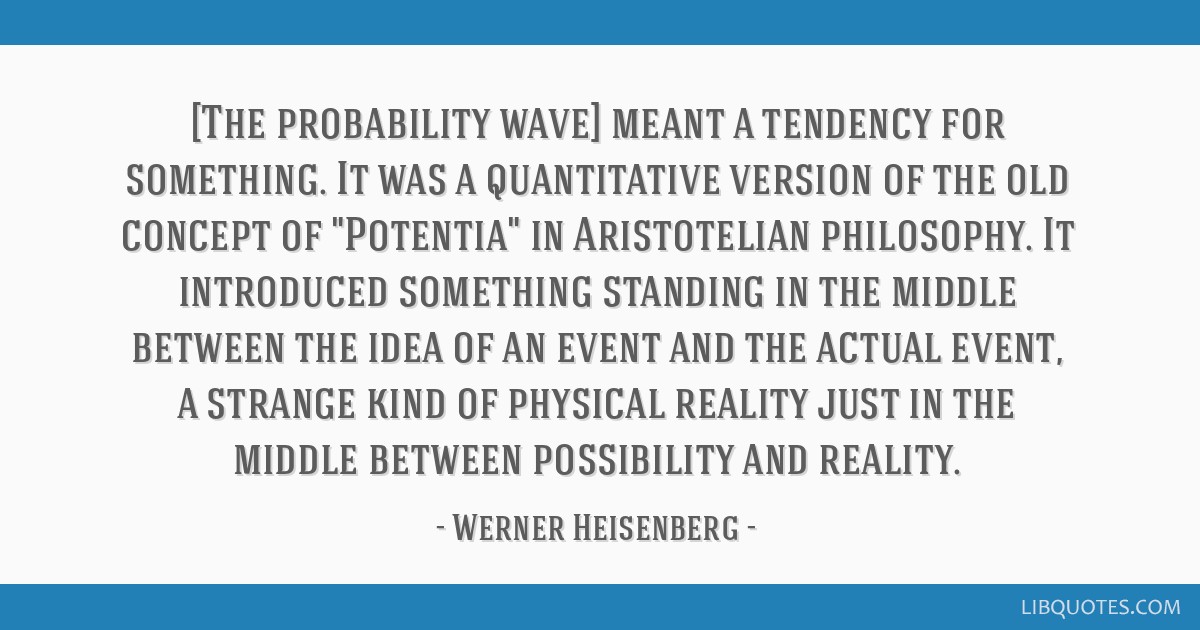 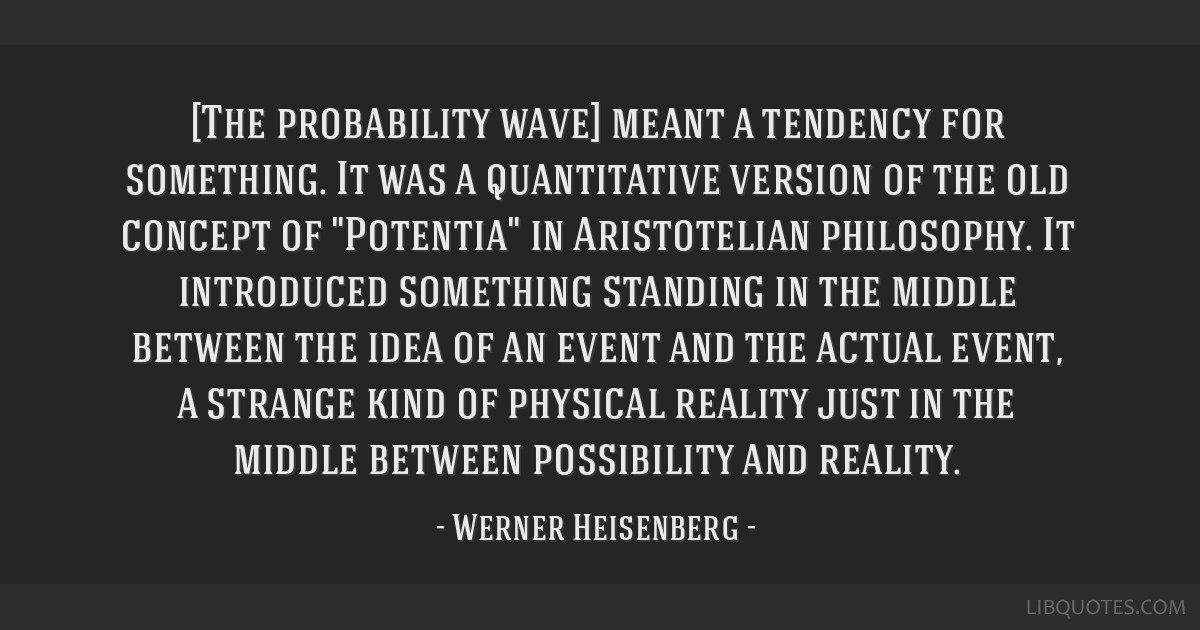 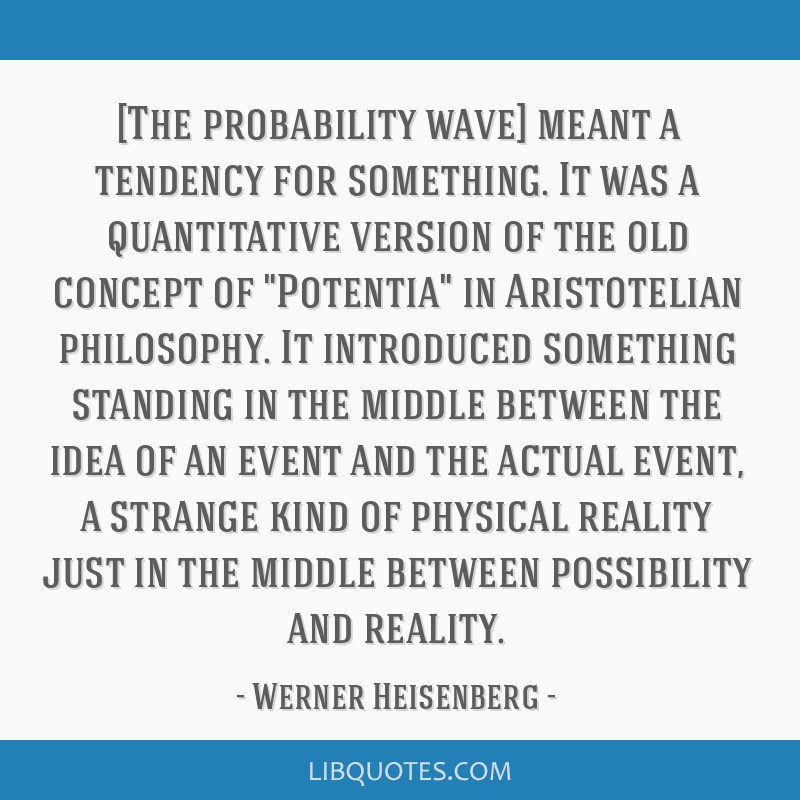 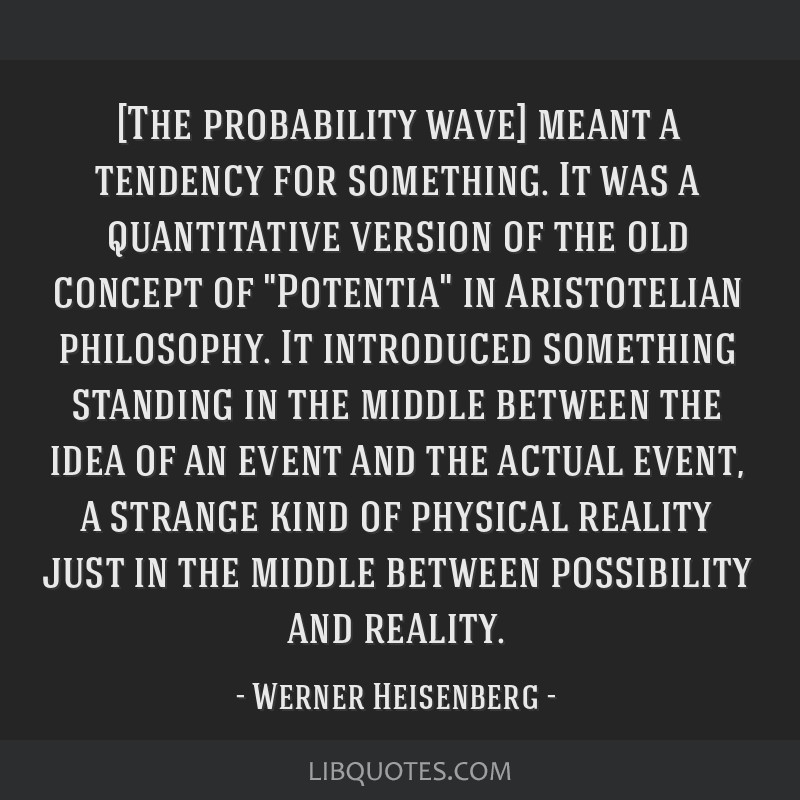 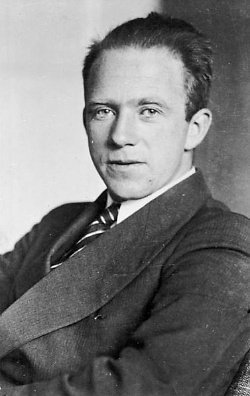