However, the peasants and workers of Europe (and eventually the inhabitants of the whole world) paid a huge price so that the capitalists could make their profits from the human labor that always lies behind the machines. That contradicts other facets of development, especially viewed from the standpoint of those who suffered and still suffer to make capitalist achievements possible. This latter group are the majority of mankind. To advance, they must overthrow capitalism; and that is why at the moment capitalism stands in the path of further human social development. To put it another way, the social (class) relations of capitalism are now outmoded, just as slave and feudal relations became outmoded in their time. 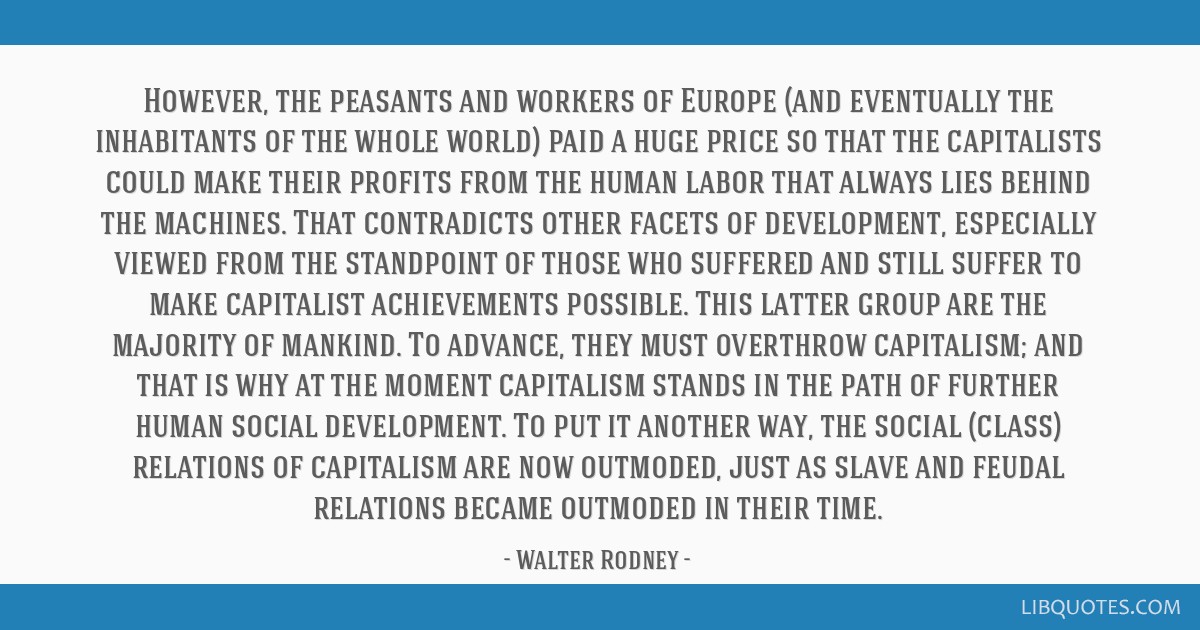 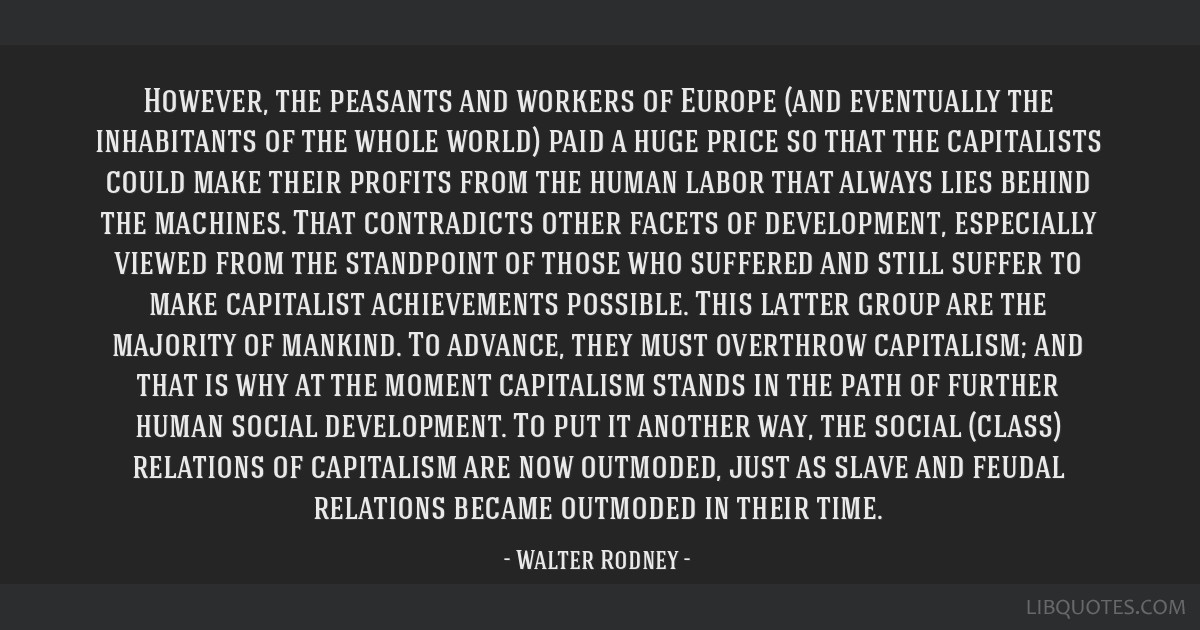