I do not believe in any afterlife any more than the prophets did, but I don't mind living in a world in which people have different beliefs. Diversity helps to prevent stagnation and smugness; and a teacher should acquaint his students with diversity and prize careful criticism far above agreement. His noblest duty is to lead others to think for themselves.
Oddly, millions believe that lack of belief in God, Christ, and Hell leads to inhumanity and cruelty, while those who have these beliefs have a monopoly on charity — and that people like myself will pay for their lack of belief by suffering in all eternity. I do not believe that anybody will suffer after death nor do I wish it. 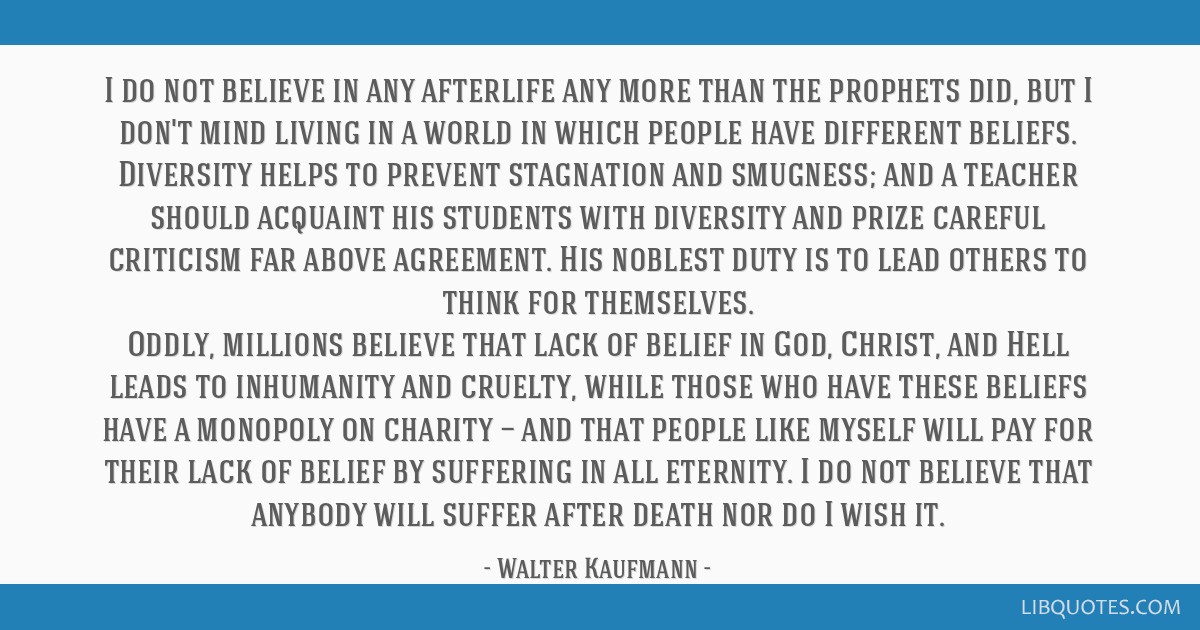 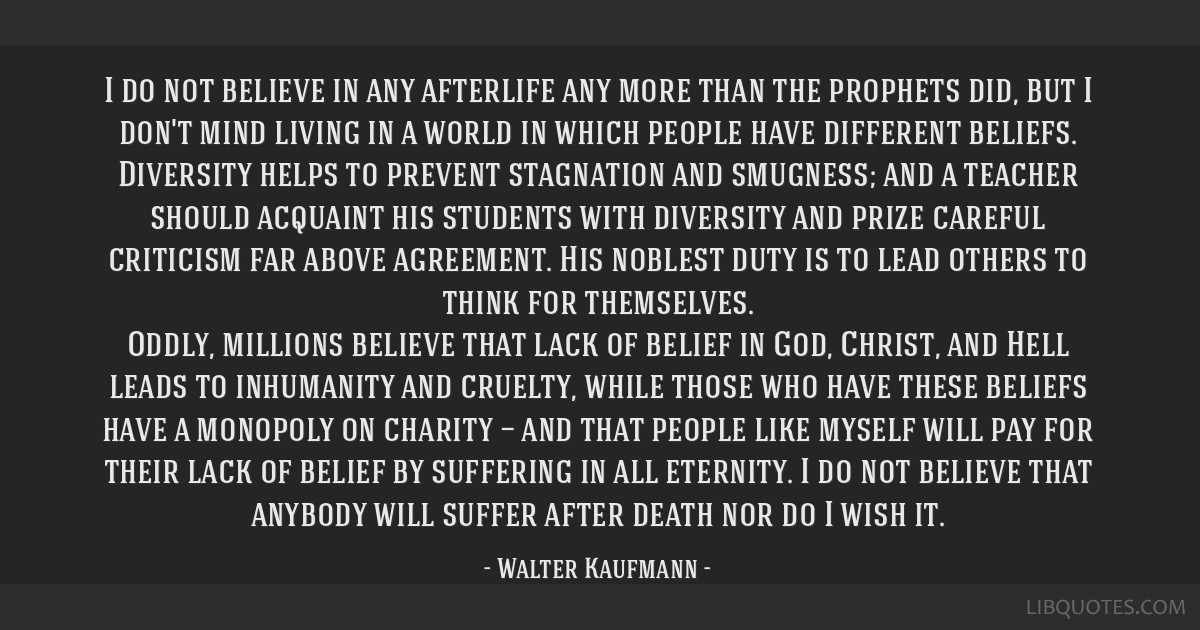 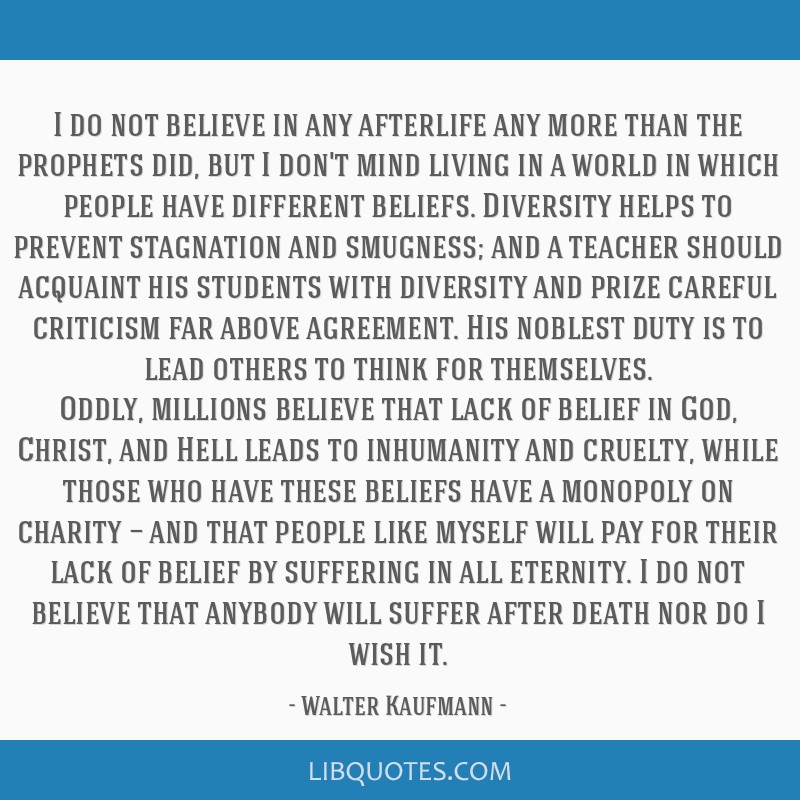 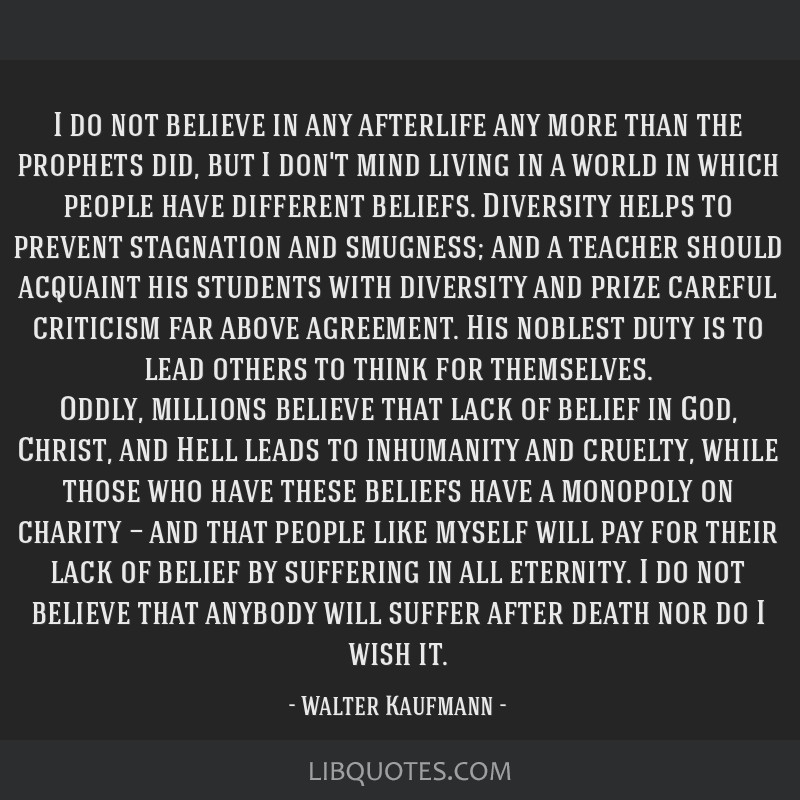 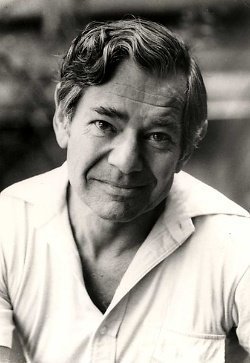