Another time, he was playing [chess] with his equal, the Duchess of Bourbon, who made a move that inadvertently exposed her king. Ignoring the rules of the game, he promptly captured it. "Ah," said the duchess, "we do not take Kings so." Replied Franklin in a famous quip: "We do in America." 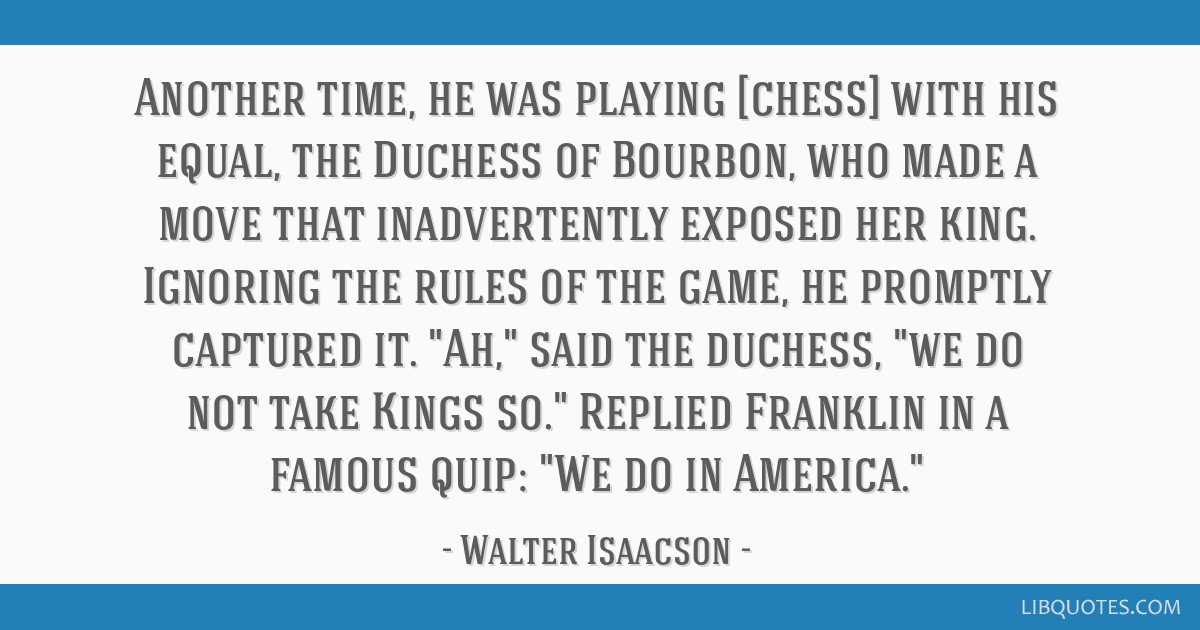 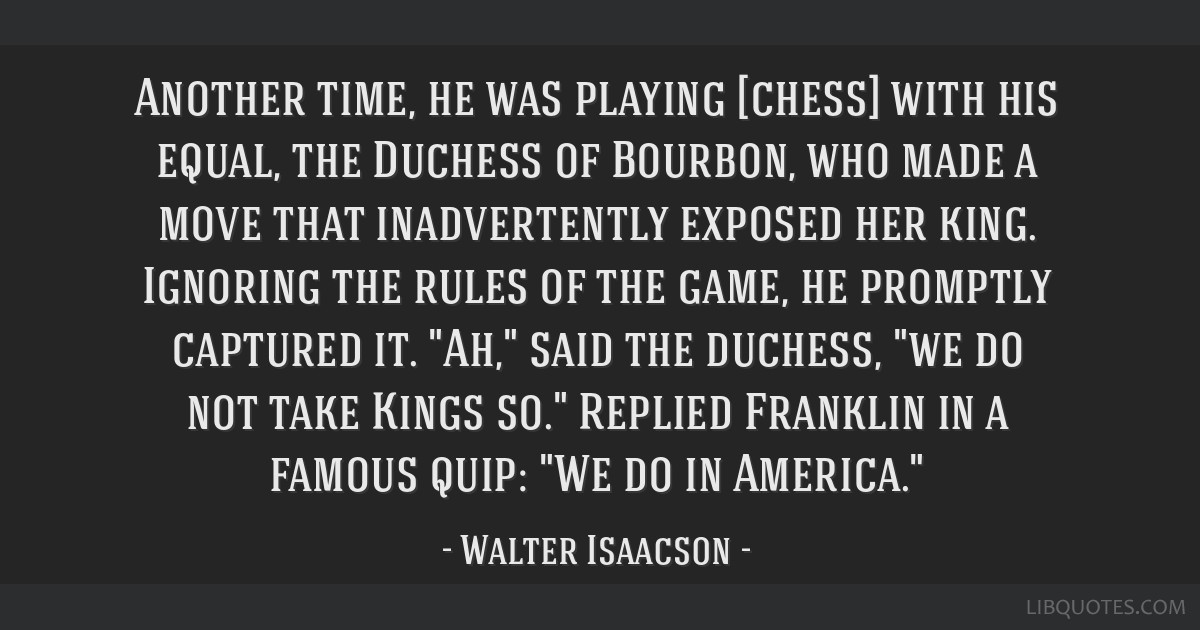 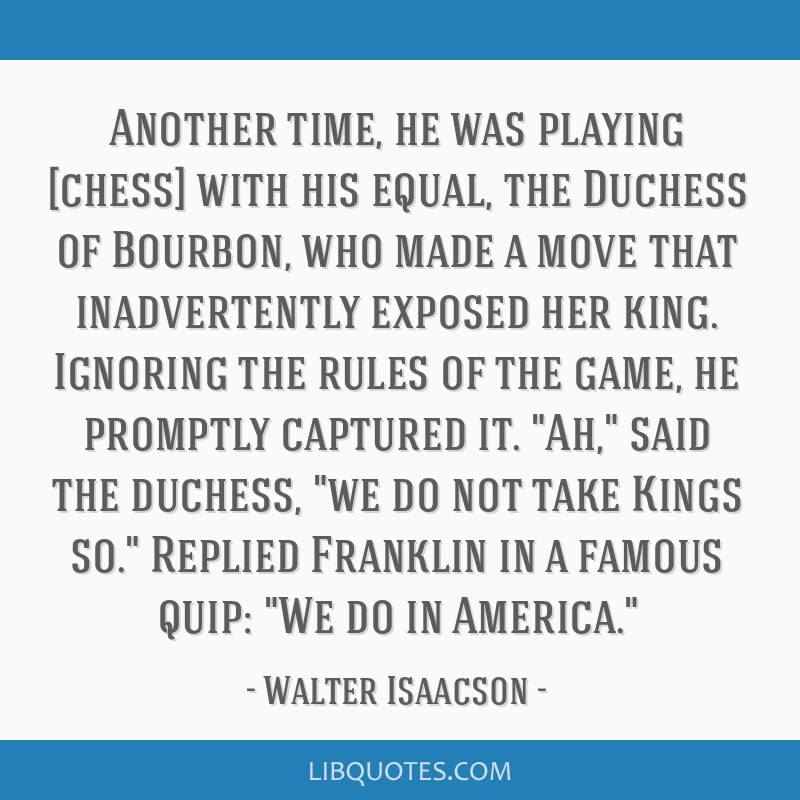 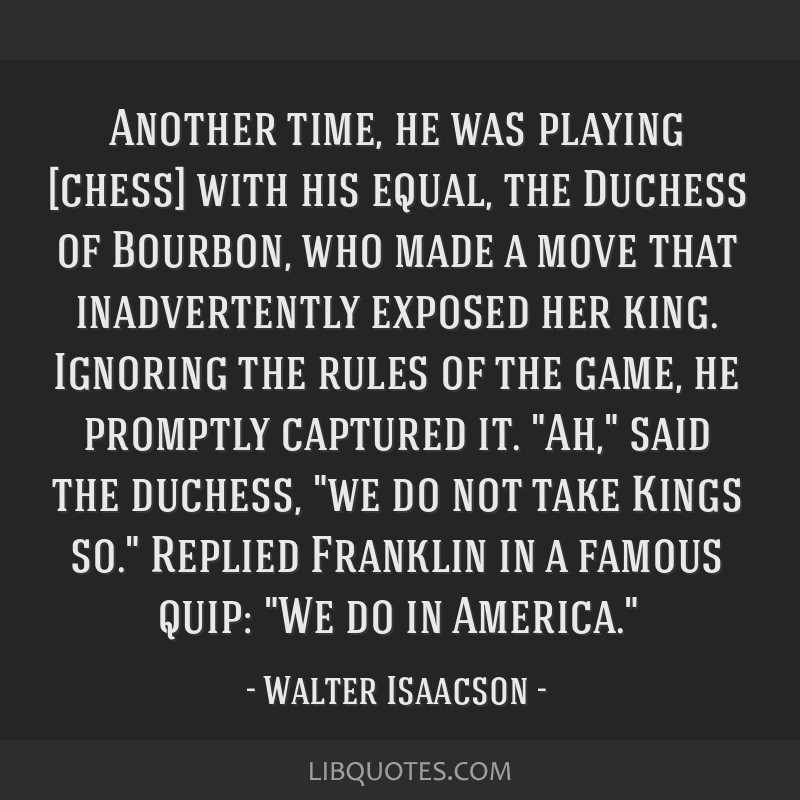 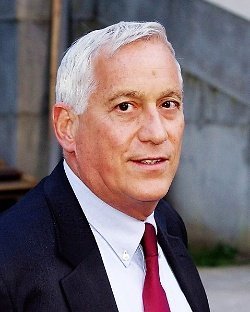