All the world saw him being killed, all bloodied. Is that democracy? And who did it? Drones, including American ones, delivered a strike on his motorcade. Then commandos, who were not supposed to be there, brought in so-called opposition and militants. And killed him without trial. 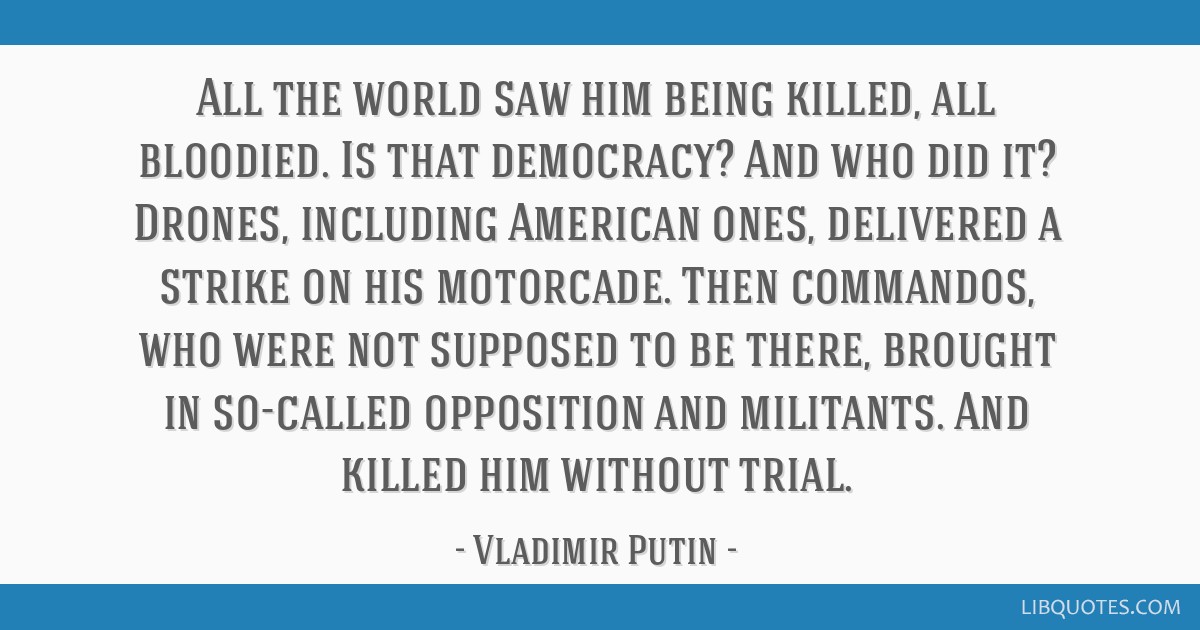 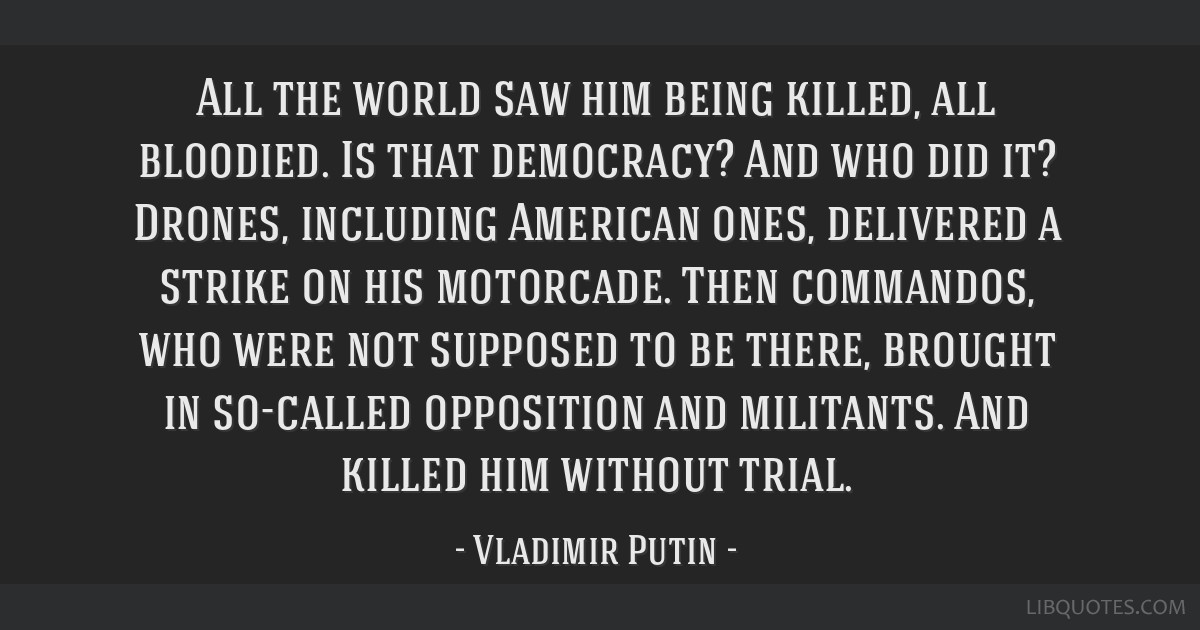 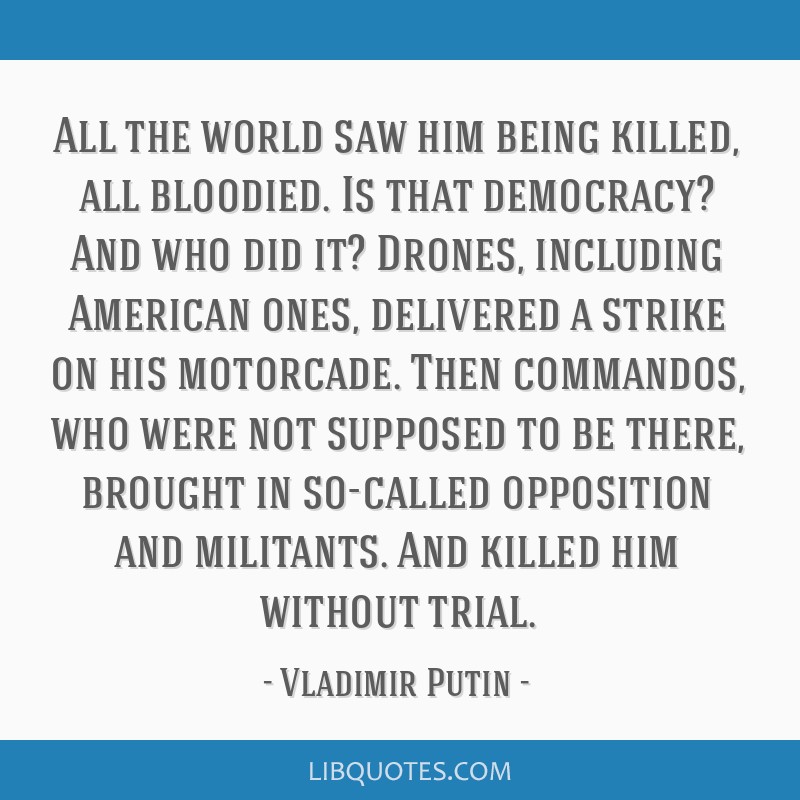 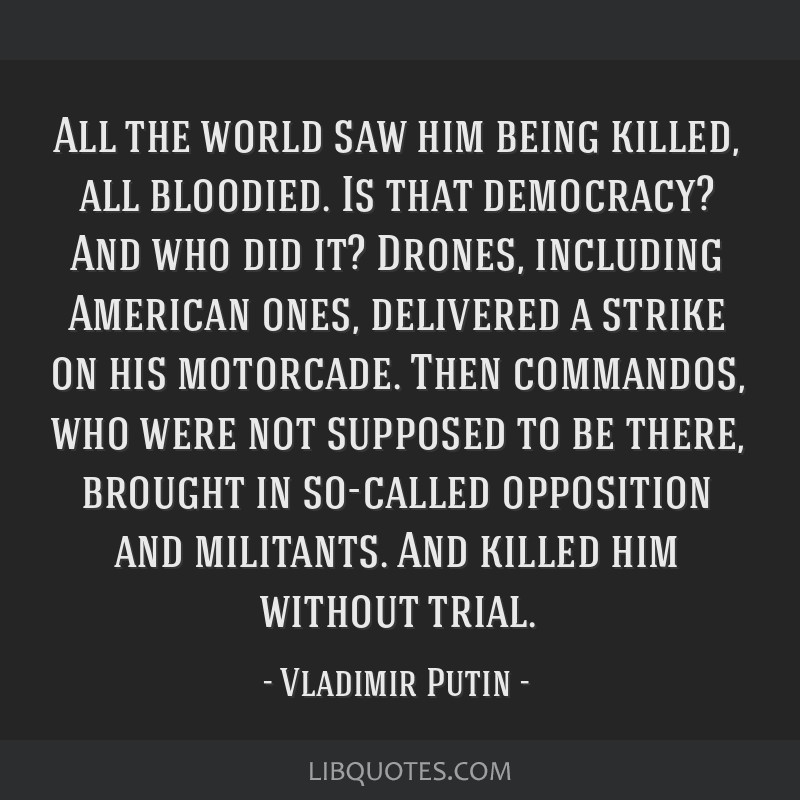