About three million must be regarded as middle peasants, while barely two million consist of kulaks, rich peasants, grain profiteers... Ruthless war on the kulaks! Death to them! … [Class struggle entails] ruthless suppression of the kulaks, those bloodsuckers, vampires, plunderers of the people and profiteers, who batten on famine. 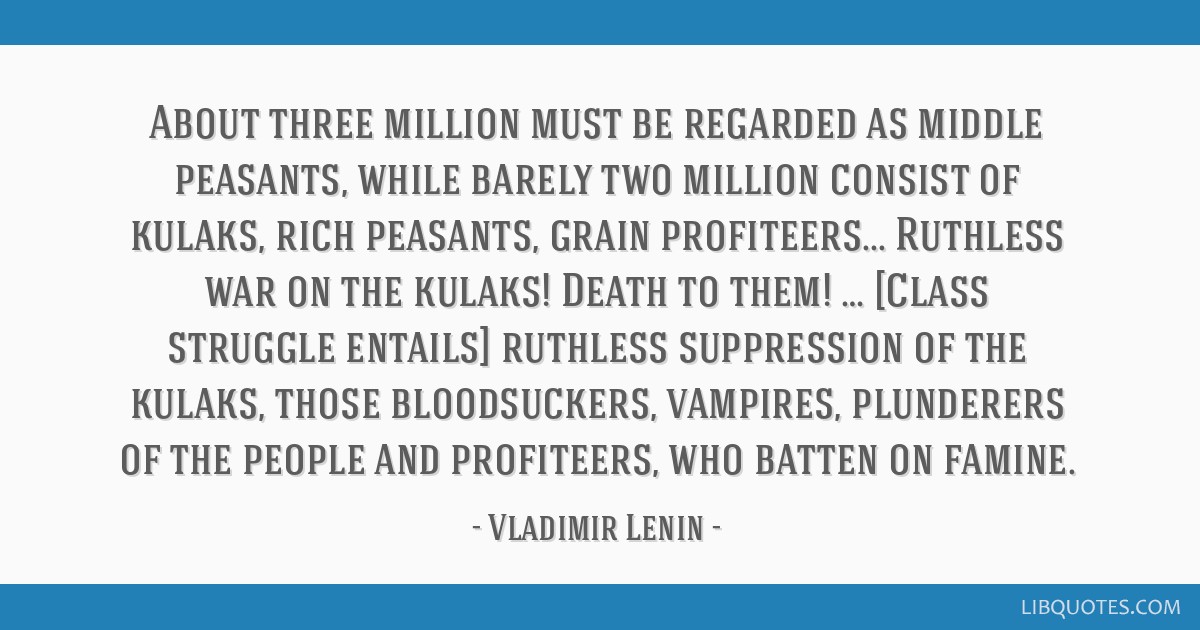 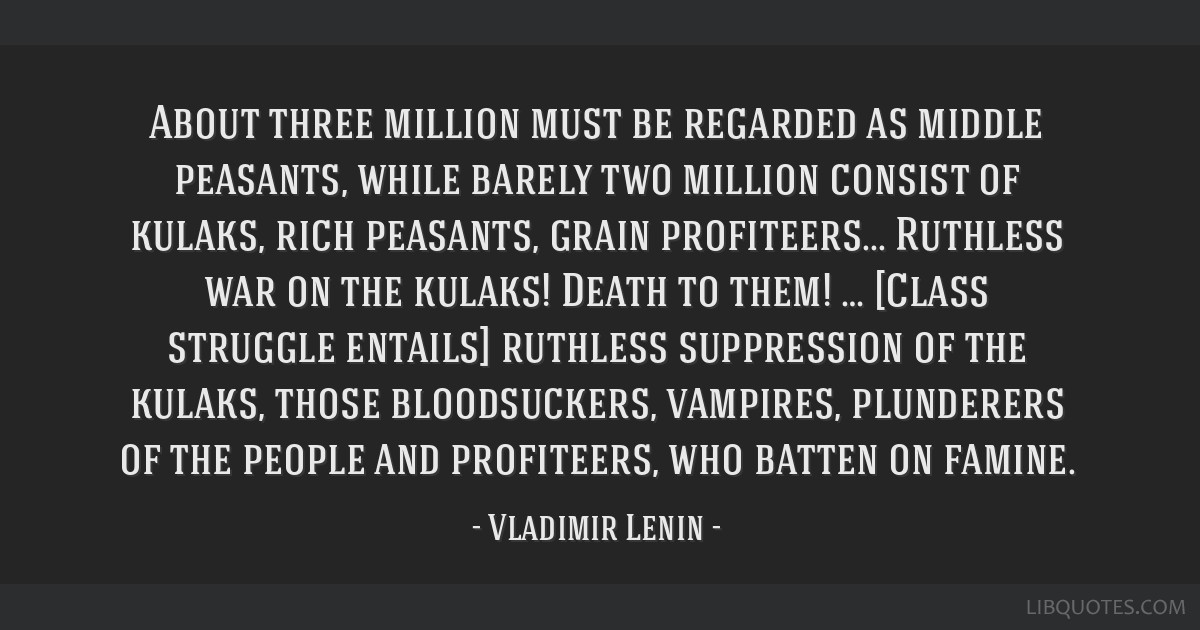 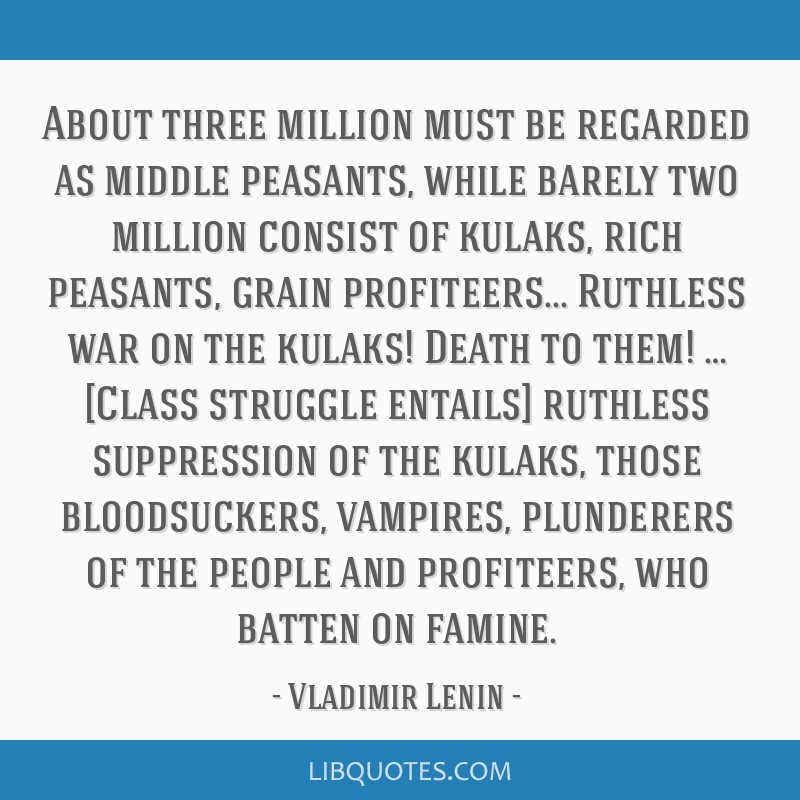 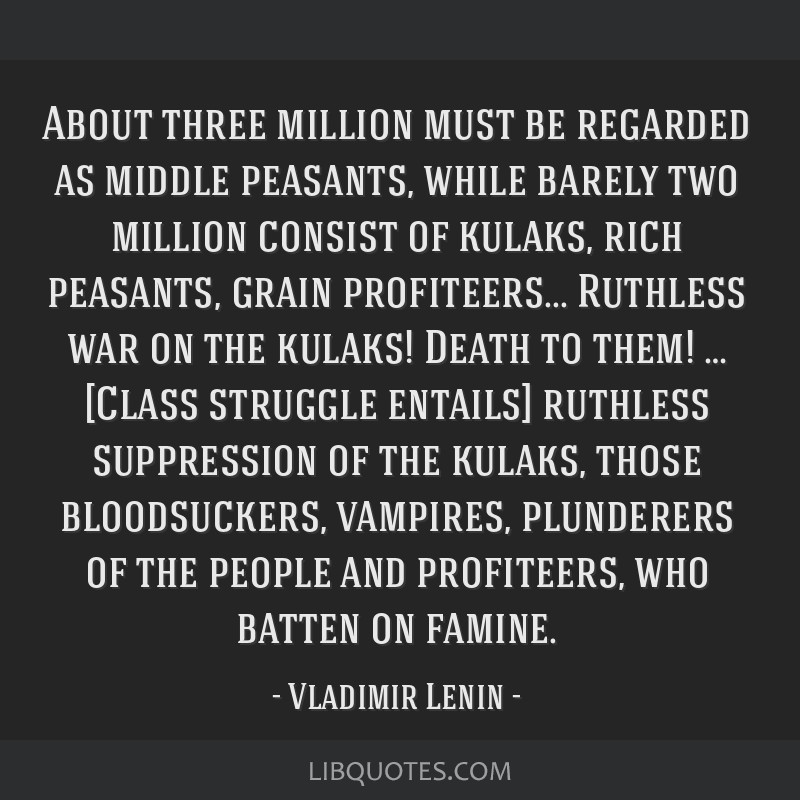