The democratisation of the ownership of shares, from which the bourgeois sophists and opportunist so-called Social-Democrats expect (or say that they expect) the democratisation of capital, the strengthening of the role and significance of small scale production, etc., is, in fact, one of the ways of increasing the power of the financial oligarchy.

Imperialism : The Highest Stage of Capitalism (1916). 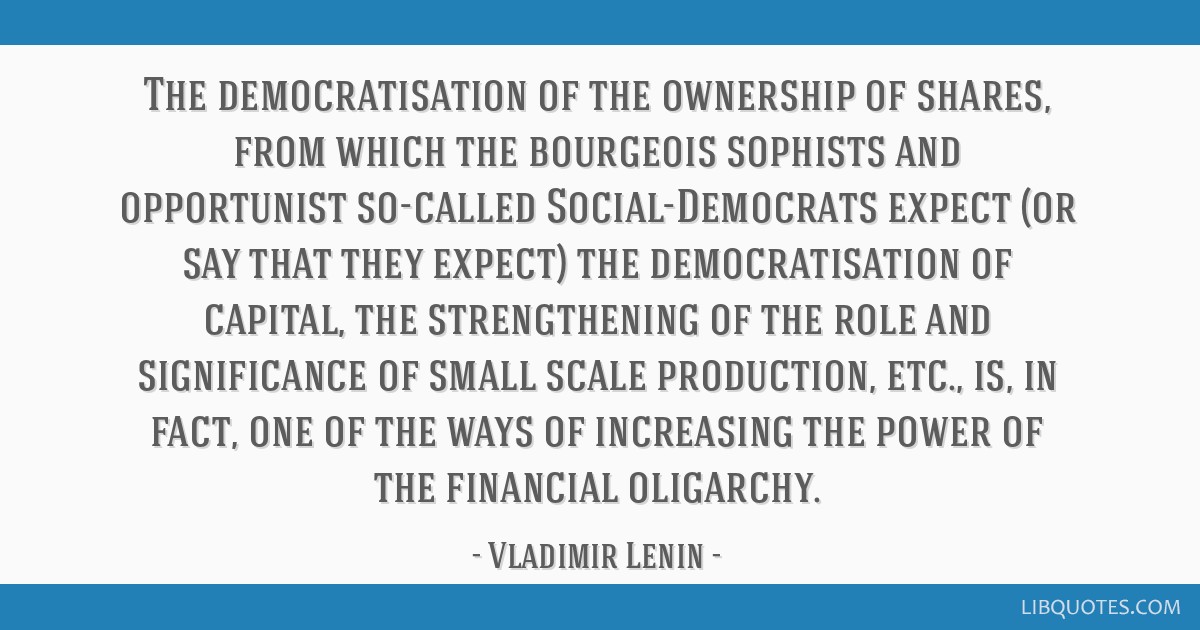 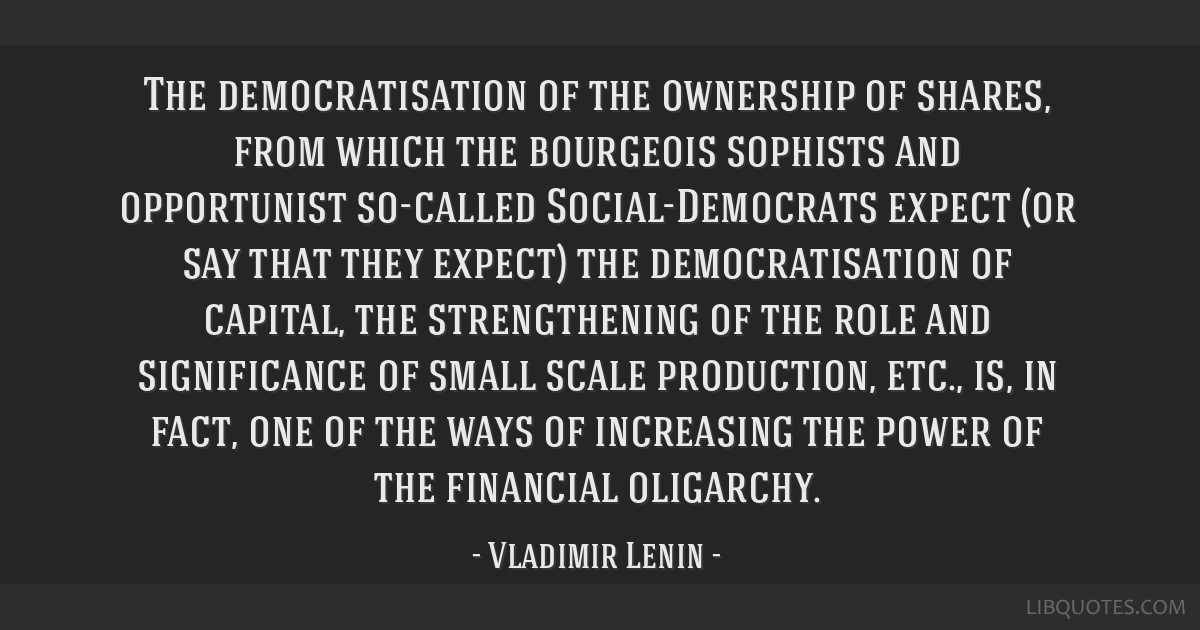 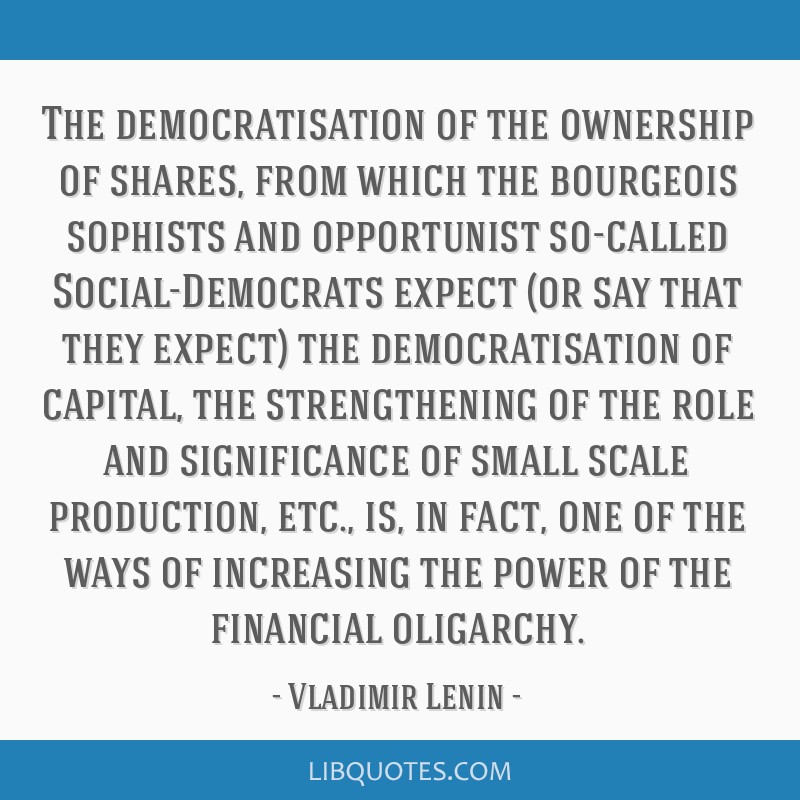 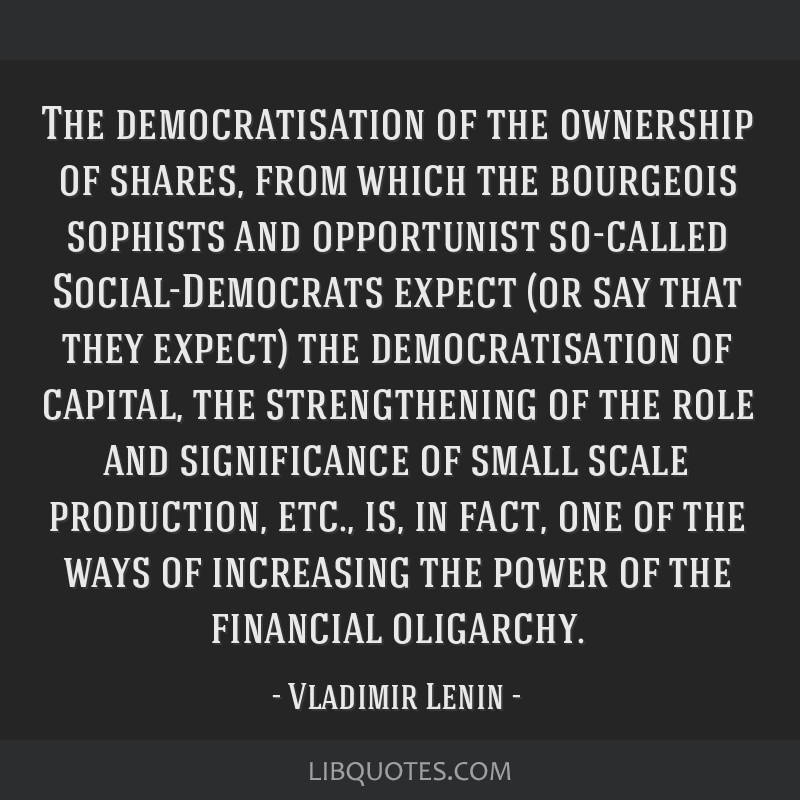