Disarmament is the ideal of socialism. There will be no wars in socialist society; consequently, disarmament will be achieved. But whoever expects that socialism will be achieved without a social revolution and the dictatorship of the proletariat is not a socialist. Dictatorship is state power based directly on violence. And in the twentieth century — as in the age of civilisation generally — violence means neither a fist nor a club, but troops. To put disarmament in the programme is tantamount to making the general declaration: We are opposed to the use of arms. There is as little Marxism in this as there would be if we were to say: We are opposed to violence! 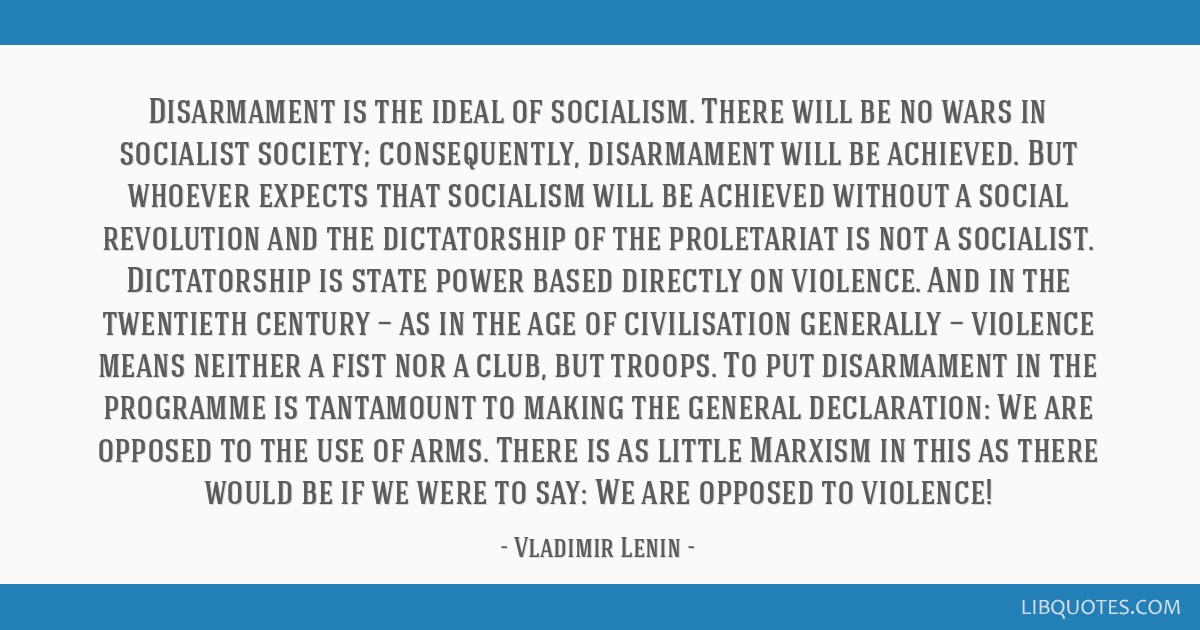 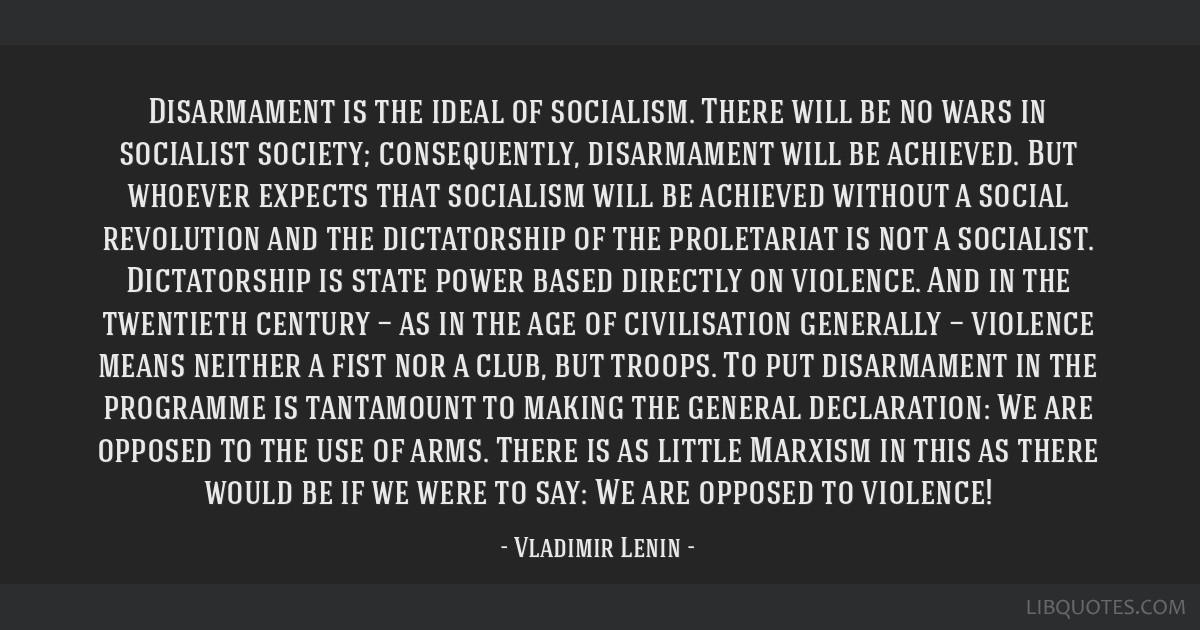 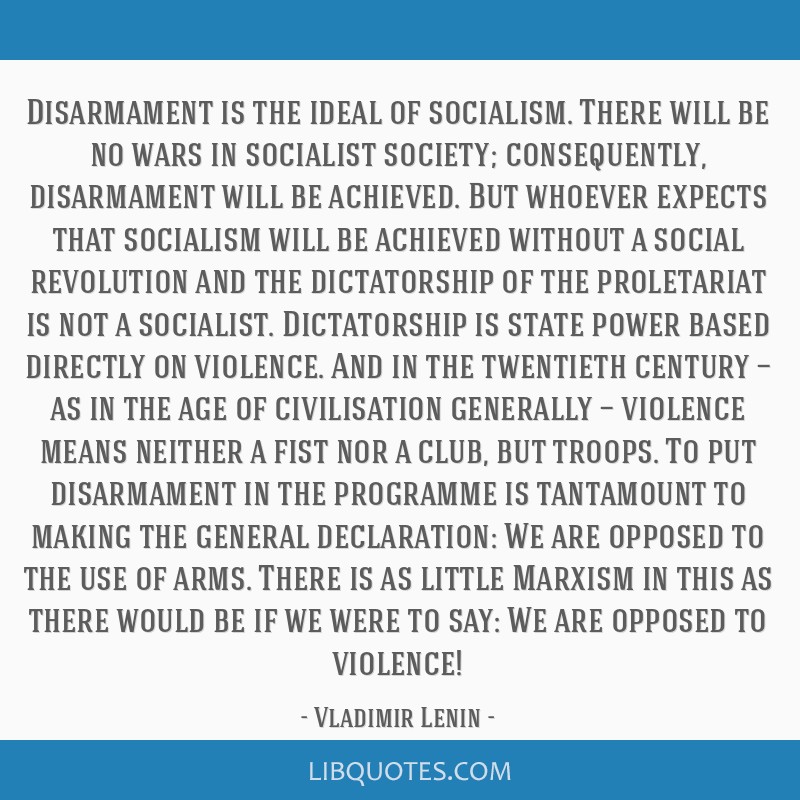 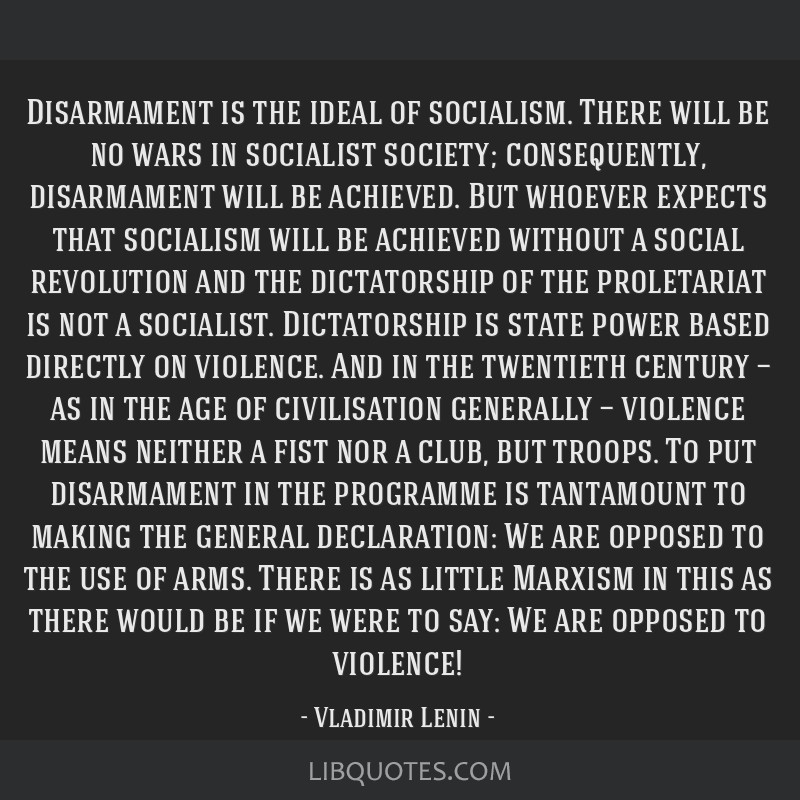