After retaining power for two months and ten days, the workers of Paris, who for the first time in history established the Commune, the embryo of Soviet power, perished at the hands of the French Cadets, Mensheviks and Right Socialist-Revolutionaries of a Kaledin type. The French workers had to pay an unprecedentedly heavy price for the first experience of workers' government, the meaning and purpose of which the overwhelming majority of the peasants in France did not know. 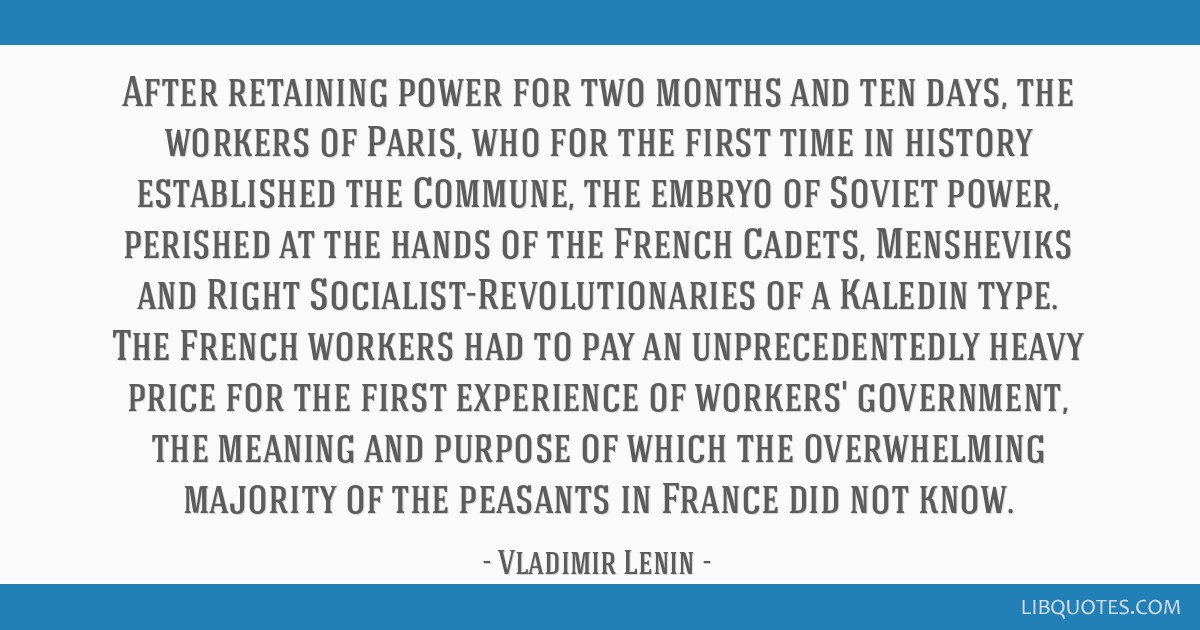 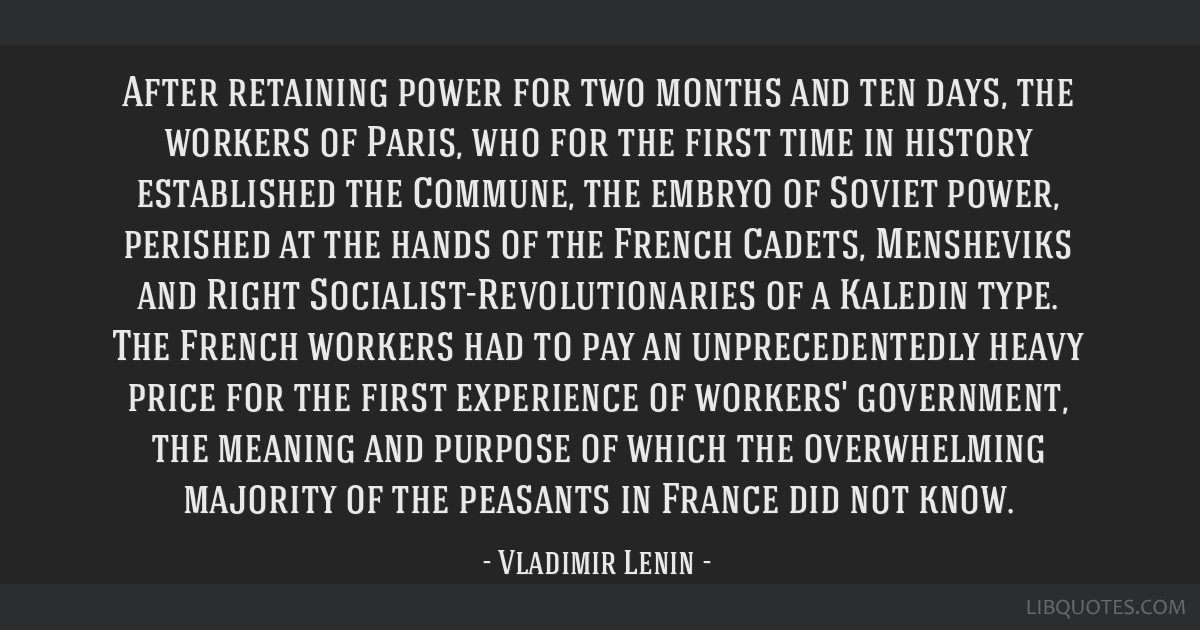 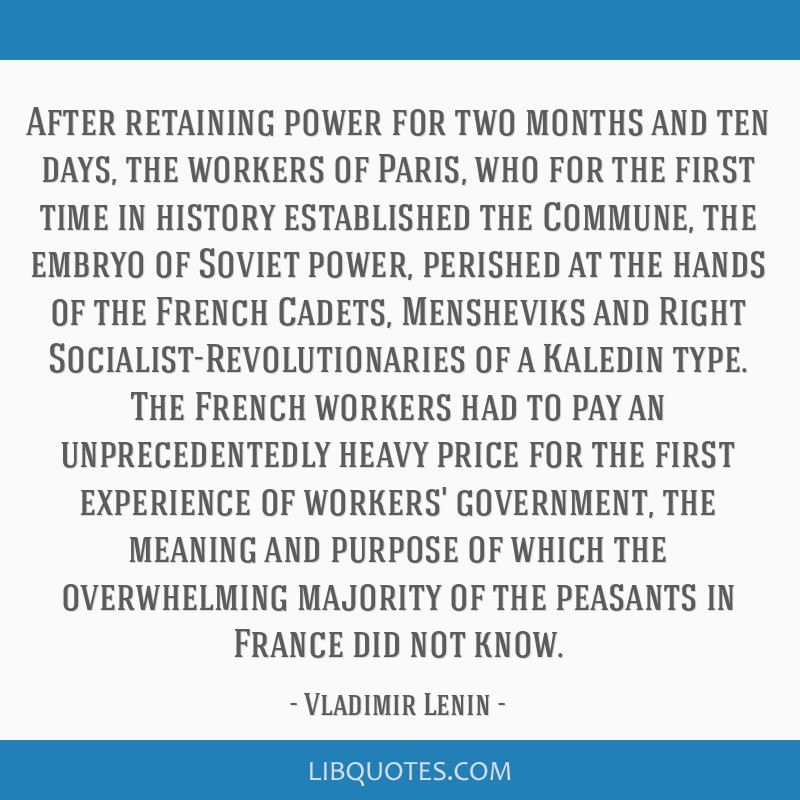 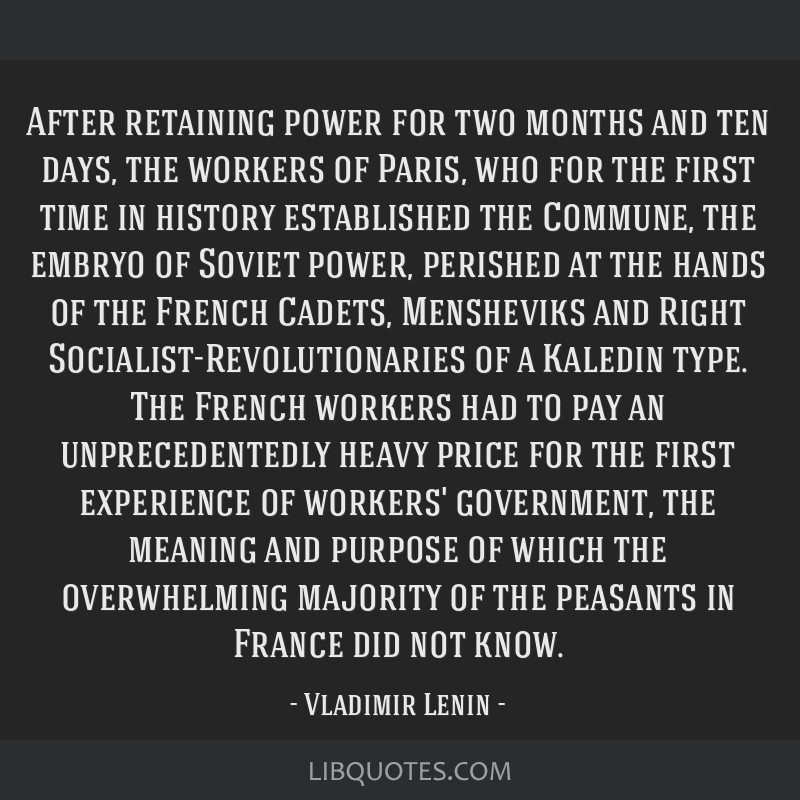