The trial of the insurrectionists from Shuia, for opposing aid to the starving, should be carried out in utmost haste and should end not other than with the shooting of the very largest number of the most influential and dangerous of the Black Hundreds in Shuia, and, if possible, not only in this city but even in Moscow and several other ecclesiastical centers.

Letter to Comrade Molotov for the Politburo (19 March 1922). 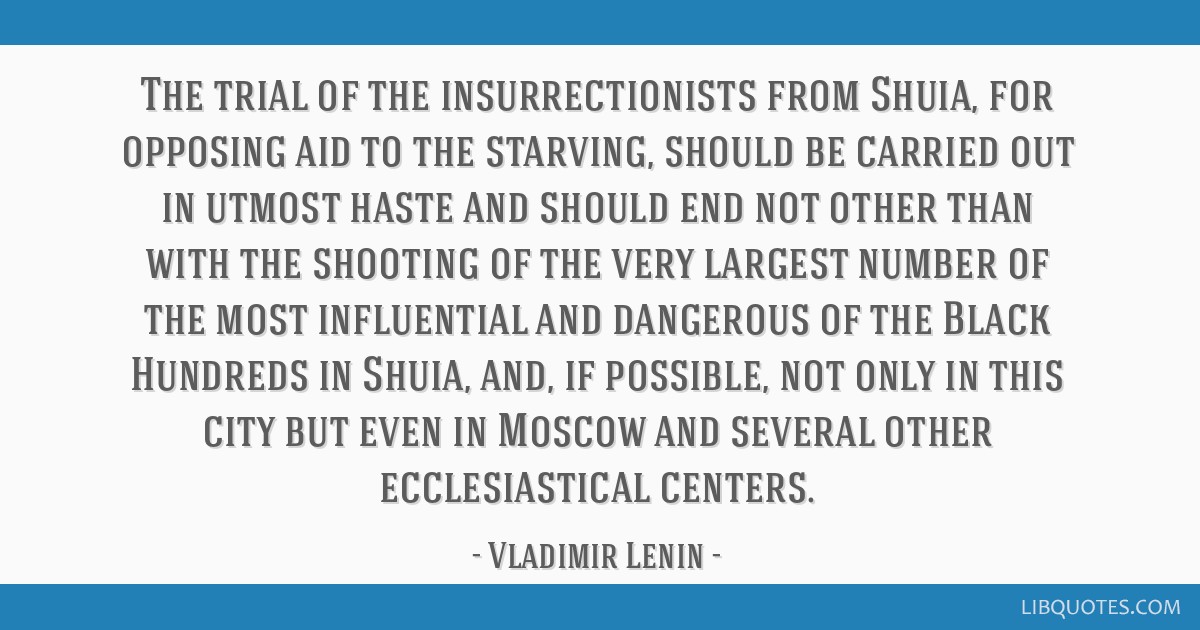 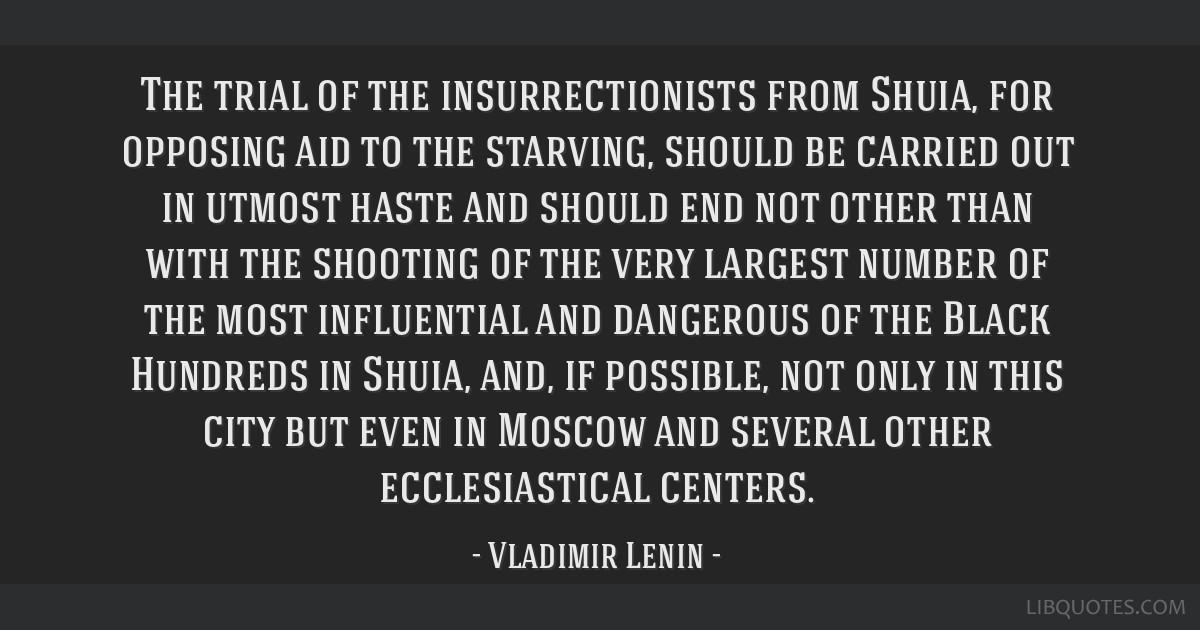 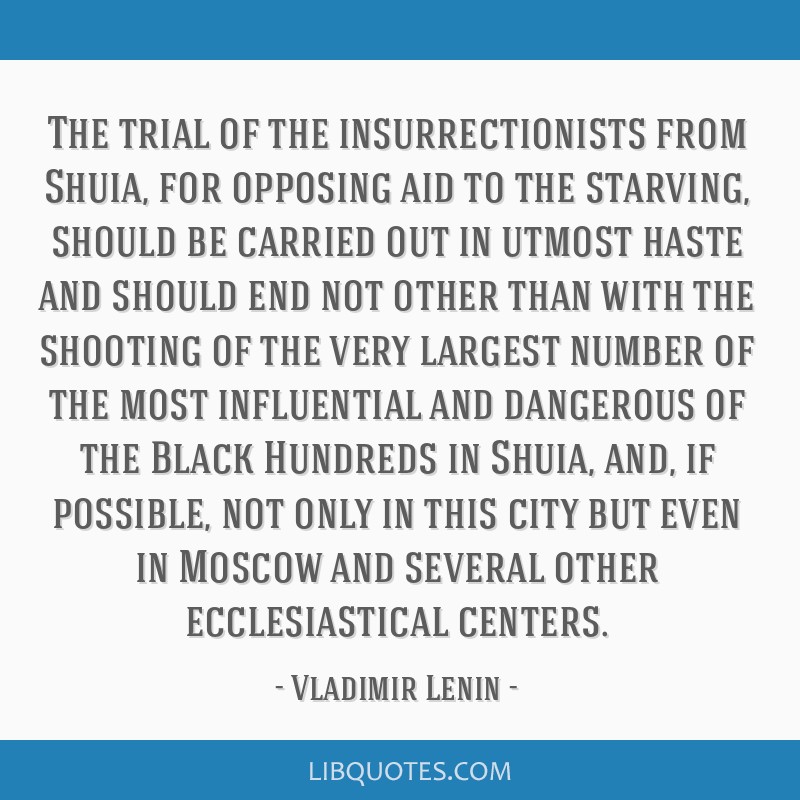 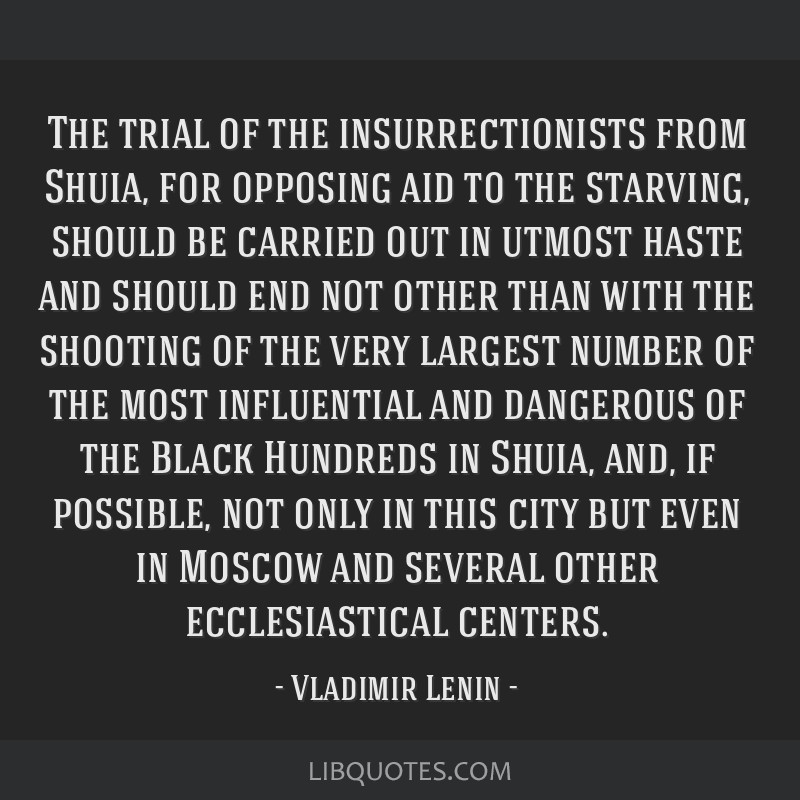