The civil war which was started by the Cadet-Kaledin counter-revolutionary revolt against the Soviet authorities, against the workers' and peasants' government, has finally brought the class struggle to a head and has destroyed every chance of setting in a formally democratic way the very acute problems with which history has confronted the peoples of Russia, and in the first place her working class and peasants. 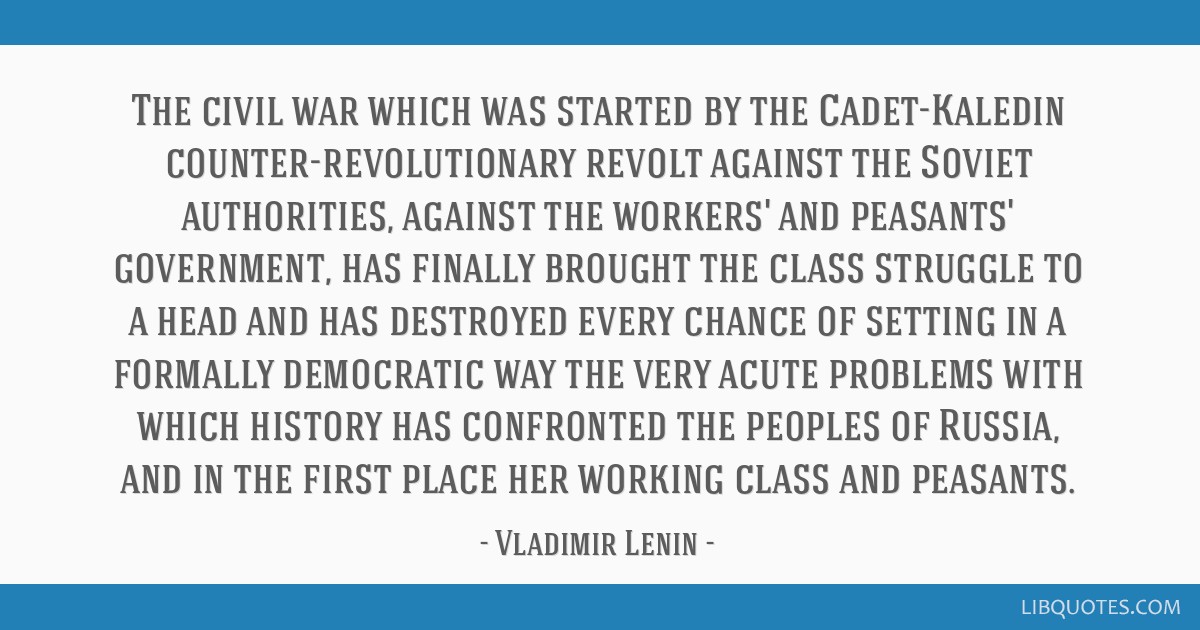 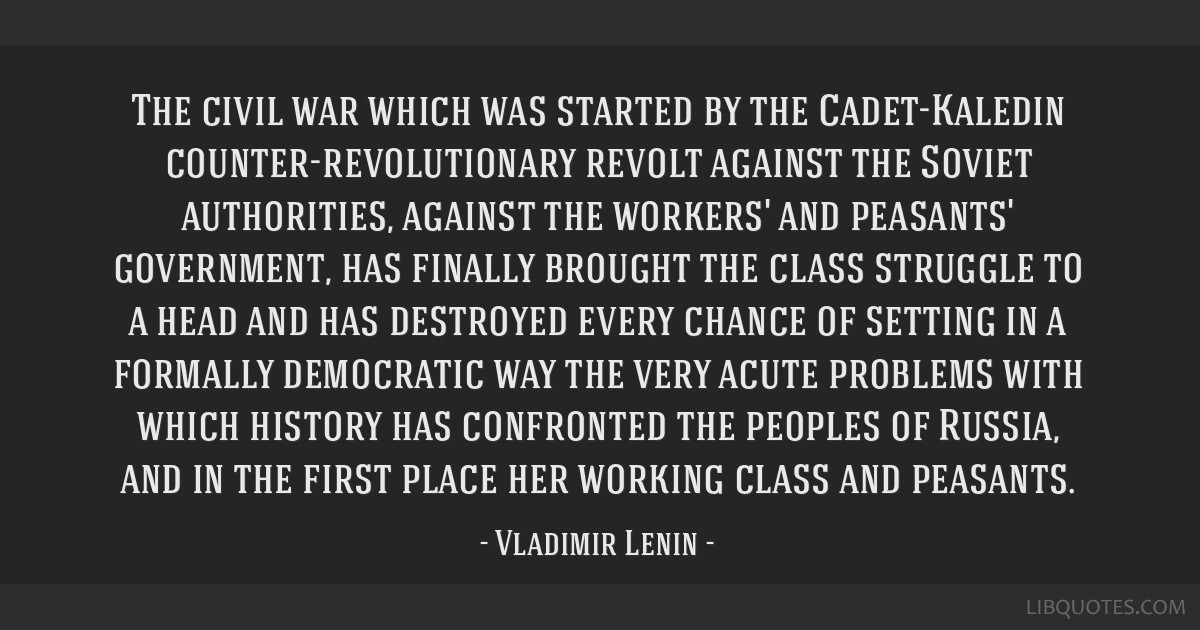 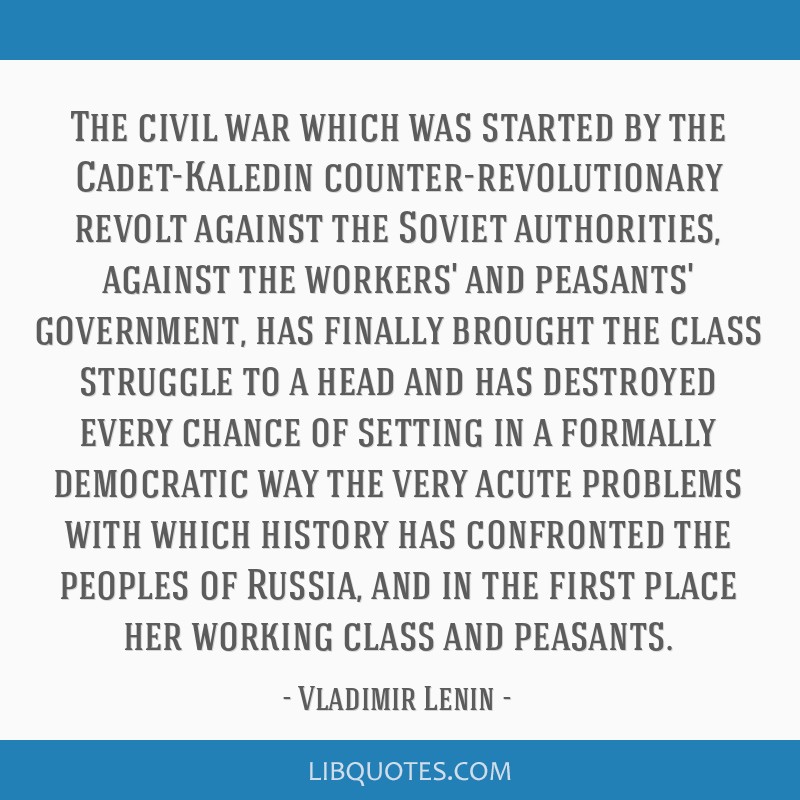 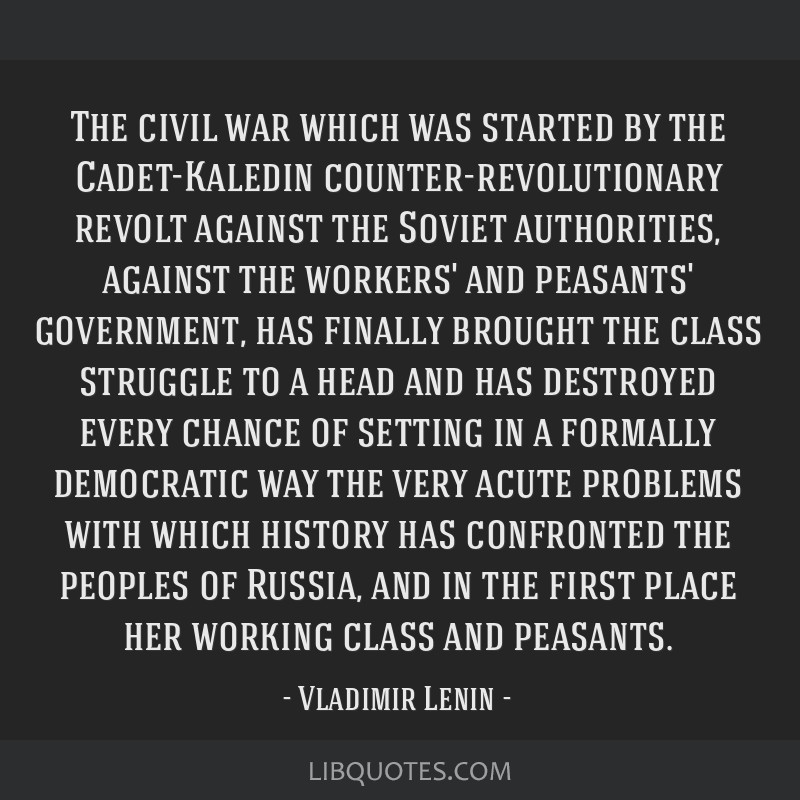